Those who know me well know that I love a good horror story, and am also always interested in reading a good thriller. This is especially true if the author’s name is Stephen King. He’s a master of his craft, and has been responsible for some of the most iconic scary stories in modern day literature.

In the case of today’s review subject, Stephen King comes into play as an idol, whose works very obviously provided inspiration for new author Seth C. Adams as he wrote his debut book, If You Go Down to the Woods. The story, about a group of young teenagers who find all sorts of trouble after they stumble upon something in Arizona’s woodland, drips and oozes with homages to the master of horror. Most notably, there are nods and similarities to books like The Body (which turned into Stand by Me when it hit the big screen), and It, which is brought to mind when the writer mentions The Losers Club as being a suggested idea for the name of the kids’ club.

Paying homage to your favourite author, and one of the people who inspired you to get behind a keyboard and bring your imagined story to life is a great thing to do, but in some ways If You Go Down to the Woods feels almost too much like it wants to be a Stephen King novel. It never quite gets to the same level, either. Still, that’s not to say that it’s bad, because it’s not. It’s just not as good as I had hoped, nor does it live up to the hype surrounding it.

If You Go Down to the Woods begins as a nuclear family moves from its home in California to a small town in the desert-like wilds of Arizona. It’s there where, Joey, a thirteen year-old boy who’s grown up on comic books and the stories of both Ray Bradbury and Stephen King, tries to make the best of his new situation.

After unpacking and getting settled into his family’s new home, Joey takes his loyal and protective German Shepherd, Bandit, for a walk by the nearby woods. While doing so, he ascends a hill of sorts and spots something gleaming in the distance. Investigating the cause is thrown out the window pretty quickly, though, because almost immediately after that our pubescent protagonist hears crying in the distance and goes to see where it’s coming from. That takes him to a stream, where a rather overweight (and half-naked) boy is being pelted with rocks by three older bullies.

Since he’s always been taught to not take shit from anyone, Joey stands up to the three assholes and — with the help of his vicious looking dog — manages to scare them off, but not before they threaten retaliation. This leads to him meeting and being thanked by the obese boy, whose name is Bobby. As he tells it, though, he tends to go by the nickname Fat Bobby and isn’t too upset by it. Thus, that’s what our narrator calls him throughout most of this story. 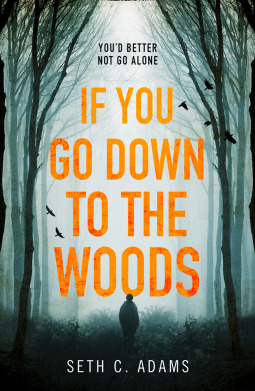 Joey and Bobby become quick friends, and the former introduces the latter to the world of comic books just minutes later. It’s clear that there’s something off about the boy, though, raising questions about his home life. Those thoughts are put on the back burner for a moment, however, when Joey sets eyes on his father’s fifteen year-old co-op student, Tara, who becomes the boy’s first real crush.

Add in one more character, that being an African American boy named Jim whose father owns an automotive repair shop near the woods, and you’ve got the Outsiders Club. A group of young teenagers who have the summer off from school and, as a result, have tons of free time to kill. Free hours that get them into trouble when, one day, they decide to go into the woods to investigate the source of the sun-reflected glint that Joey saw on one of his first days in town. A metallic reflection that turns out to have come from a rusted old car that holds within it a troubling secret. Well, that as well as something that a strange creature known as The Collector has been hired to find for the shady men who’ve employed him.

Filled with lots of teen angst and some notable moral dilemmas, If You Go Down to the Woods is part coming of age story and part thriller. Its title and cover image make it seem scary, but the truth of the matter is that it really isn’t. The descriptions of The Collector can be disturbing, but it’s not used as effectively as it could’ve been, character-wise, and doesn’t end up developing into the memorable monster that Mr. Adams likely had intended for it to become. It doesn’t help that there are multiple bad guys and villains in this book, which leaves it feeling slightly scatterbrained at times, even if things all come together at the end. So many people are out to get Joey, and it’s almost hard to believe he’d have that many enemies right away.

The writing is pretty good, for the most part, but there are sentences with tense issues. Grammatical rules also aren’t always followed, to the detriment of others. That said, this is far from a poorly written book. It’s not perfectly, grammatically, but it’s got some character because of it. This is especially true of the homages to classic movies, books and the like, and some of the geeky descriptors that are strewn throughout its pages.

It’s also very much a book told through the eyes of a teenage boy in 1990s(?) America. The main character is fixated upon Tara, and often talks about how much he’d like to kiss and touch her. On the other hand, he and his older sister (Sara) often fight and get under each other’s skin with childish insults. Some readers may be bothered by how immature some of these are, and the same is even more true when it comes to some of the language that is used to describe both Bobby and Jim. Bobby’s weight is brought up quite a bit early on, and not in nice ways, even by his new friend. On top of that, when nicknames are chosen for each of the members of the group, Jim ends up with the N-word as his. He picks it himself, and is only ever called it a couple of times, but it’s still too much.

Overall, Seth C. Adams’ debut effort is a mixed bag. While I liked most of If You Go Down to the Woods‘ main characters and a good amount of its coming of age narrative, the rest didn’t come together incredibly well. The Collector is under-used, isn’t as scary as he could’ve been and doesn’t have enough depth to be a proper villain, and the sheer amount of bad guys in this thing hurts its focus. As such, the first part of this story ended up being better than its second and third parts, especially the third which introduced two more characters that didn’t do the story many favours.

**This review is based on a copy of the book that we were provided with by its publishers.**