Rumour had it that Obsidian — the developers of Fallout: New Vegas among other things — had another game in the works. Well, those rumours were true, as at tonight’s TGAs the developer unleashed a trailer for its great-looking new title. That is, a first-person science fiction RPG called The Outer Worlds.

The Outer Worlds is set on a distant colony called Halcyon, which is located at the edge of the galaxy. There, players will find themselves in a troubled world, wherein corporations have bought up ‘The Frontier,’ gouged prices and left many travelers stranded in hibernation. Thus, they’ll have to take up arms.

Featuring decisions that impact its story, characters who have flaws and whose stats and perks are adjusted based on their skills and deficiencies, and the ability to both explore and interact with companions, this is looking and sounding like a really interesting game. It’s also single player only, which is a nice change from where the industry is trending.

The Outer Worlds will be released onto PC, PS4 and Xbox One in 2019. 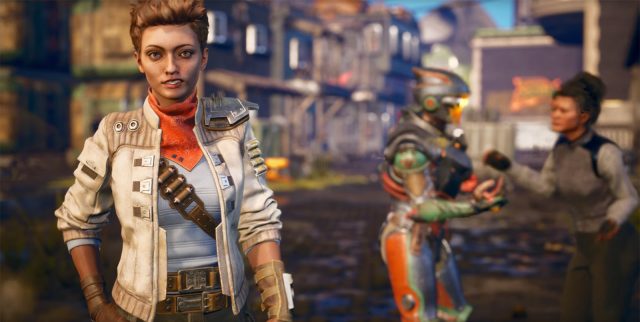