On this night, many of the National Hockey League’s best and most skilled players have gathered in Las Vegas for the League’s annual awards show. There, celebrity announcers will award trophies to the best scorers, the best defenceman and the goalie who stood out most during the last season, among others.

Something else that has become part and parcel with the NHL Awards is news of Electronic Arts’ next video game, and that is what we’re here to talk about. In particular, the fact that Toronto Maple Leafs star Auston Matthews will grace the cover of NHL 20 when it hits stores and digital marketplaces next fall. It’s a big announcement for Leafs Nation, and one that was spoiled earlier, when Walmart accidentally leaked the new cover.

Auston Matthews will be the first Leafs player to grace the standard cover of an EA NHL game. In the past, special covers were made for events and specific regions, including James van Riemsdyk event covers for NHL 14 and NHL 15, and a Sweden-only William Nylander cover for last year’s NHL 19. Those weren’t the main artwork for the game, though, nor were they widely available to folks. The only other time a Leaf was on the cover of a game — at least, that our research and memories can come up with — was when Mats Sundin appeared on NHL 2K6, which was made by a different company. Even then, he was only on the Canadian version, with Dallas Stars goalie Marty Turco standing pat on the American variation.

“Growing up I always admired all the players who got to be on the cover of the game. This is a very cool honor and I am proud to represent my organization,” said Matthews. “I’m also really competitive, so now I can’t wait to fire up NHL 20 in the locker room and play against my teammates.” 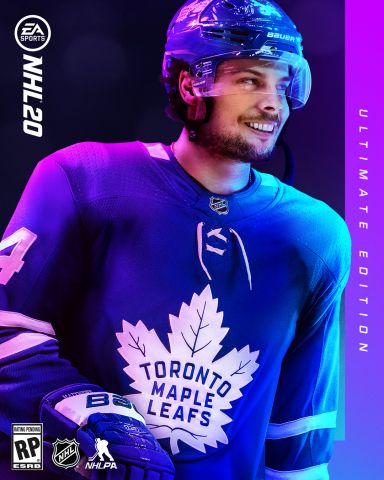 He will take over the role from Nashville Predators defenceman, P.K. Subban, who appeared on the very colourful cover art of last year’s iteration.

So, what’s new this time around?

Also shown in a screenshot is one of the Carolina Hurricanes’ Storm Surge celebrations. That leads us to believe that the team from Raleigh will show off some of its both loved and reviled unique celebrations in-game. Thus, the Bunch of Jerks reputation (handed down to them by Don Cherry and we believe even Brian Burke) will live on through interactive means, even if it doesn’t carry over onto real world ice next season. 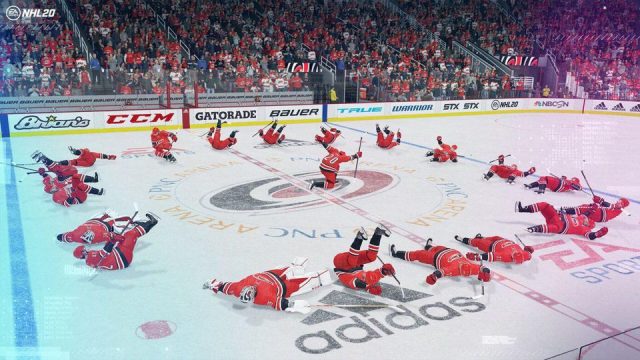 NHL 20 will lace up its digital skates on September 13th, but folks who pre-order its Deluxe or Ultimate Editions will receive early access starting on the 10th. Meanwhile, EA Access subscribers will be able to get their hands on it on September 5th.