NOTE: Spoilers from throughout the final season of, “Game of Thrones” are present in this review

After so many years being spent as both HBO’s most celebrated and popular series, as well as one of the highest-rated and most acclaimed shows on television, Game of Thrones finally came to its long-anticipated conclusion this year. The show’s eighth and final season delivered one last batch of six episodes through which to wrap up the ongoing saga of Westeros and the Iron Throne, once again having to work off of story treatments for two A Song of Ice and Fire novels that still haven’t yet been completed or published. It’s a television event the likes of which the medium has never seen, and that’s just one of many reasons why the final season of Game of Thrones ultimately ended up being such an enormous let-down, despite several great story turns that would have truly thrived if they were placed within much better scripts.

Despite the Game of Thrones showrunners being worried about the series staying on the air too long, hence why the penultimate season and final season ended up being shortened from the usual ten-episode order, they ironically ended up creating the opposite problem with an especially truncated final season. The final season of this beloved fantasy series just rushes through its big story turns too often, ensuring that most of them don’t land with the dramatic impact that they deserved to. Even after taking an extra year off the air, following Season Seven’s airing in 2017, Game of Thrones just couldn’t manage to stick the landing in its final batch of episodes, and that’s truly upsetting, considering how much this show has raised the bar for the television medium in general. To that end, it’s tough to really care about anyone ‘winning’ the so-called ‘Game of Thrones’ in hindsight, when there are no clear winners, including the audience. 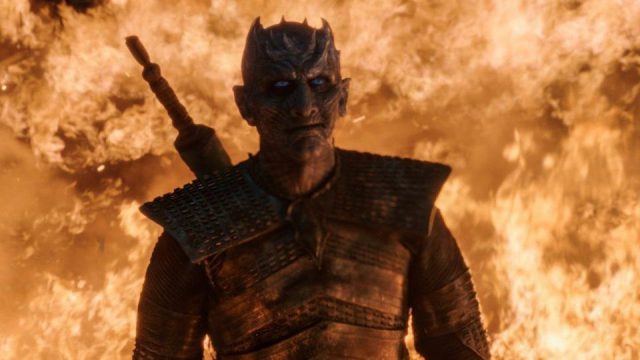 Fortunately, even if Game of Thrones’ final season certainly felt rushed and disappointing overall, it also wasn’t terrible by any stretch either. There were still some genuinely great story moments throughout the season, with its second episode, “A Knight of the Seven Kingdoms” being fantastically rich with character in particular! That episode brings several character arcs to logical, yet thrilling new territory during the final day before the oft-teased battle against the Night King and the White Walkers, thus standing as not just one of the best episodes of the season, but even of the series as a whole! Likewise, controversial turns like Daenerys ultimately becoming the very tyrant that she sought to destroy, razing King’s Landing to the ground, and murdering untold numbers of civilians in the process, are dramatically superb on paper, presenting the only logical turn for a fantasy universe that has always been so heavily steeped in misery and violence throughout its entire run.

Still, for every good plot turn during the final season of Game of Thrones, there were at least three others that either didn’t land with the proper dramatic impact, or just felt stupid and illogical all around. The way that the show handles the revelation of Jon’s parentage and identity as a Targaryen, and the true heir to the Iron Throne, is head-slappingly stupid for example, with dramatic contrivance and out-of-character blabbing ultimately being the catalyst for a lot of needless drama and violence later on. Sure, Westeros is a universe built on senseless violence, like I said, but even the senselessness behind the violence doesn’t work when the characters start breaking character to make it happen. Tyrion, for example, one of the most clever characters on the show, spent the entire final season bumbling around like a moron, making all of the stupidest decisions he possibly could have. Likewise, Sansa’s maturity and rise to leadership in Winterfell constantly ended up being disturbed by cattiness and childishness. Even Daenerys’ sudden turn to mass murderer and despot doesn’t work when it’s so unlike her character ambitions from previous seasons. Sure, Daenerys’ turn to villainy may have been foreshadowed at length, but foreshadowing does not equate to legitimate character development! 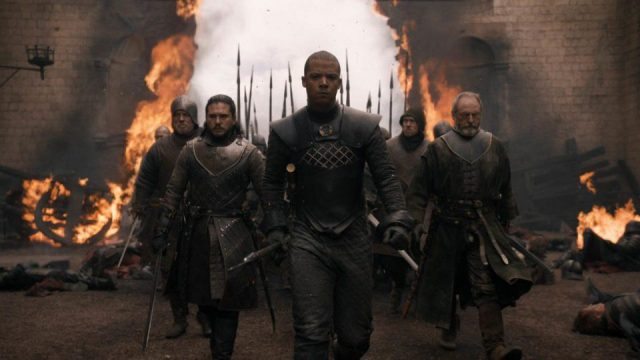 Amazingly though, Daenerys’ moral compass, and King’s Landing as a whole, weren’t even the most tragic casualties of Game of Thrones’ final season! If there was any story element that really fell short of its potential during these final episodes, it was the Night King and his undead army, who are entirely constrained to one big final confrontation in the season’s third episode, “The Long Night.” This is an awesome protracted battle to be sure, even with the darkened cinematography and frantic camera work that sometimes make it difficult to see what’s going on. Still, by the end of the episode, one stab from Arya immediately destroys the Night King (whose identity is never revealed, nor does it ever matter), along with every Wight that somehow managed to cause untold destruction throughout the North, while also never really killing characters of true consequence at Winterfell. Characters like Jaime, Cersei and Daenerys may have still met appropriately tragic ends for the conclusion of the series, but the fact that the White Walkers only took out a few secondary characters, with Jorah likely being their only significant victim, is laughable. What should have been the ultimate enemy for Game of Thrones, the one built up as the greatest menace facing Westeros for most of the series’ run, just ended up being an intense, but ultimately disposable nuisance, before the show went back to its usual political scheming, as if nothing had happened.

Cersei, similarly, feels wasted throughout the final season of Game of Thrones, despite supposedly standing as the last tyrannical autocrat in Westeros. She spends the entire final handful of episodes staring out a window, and cock-teasing Euron Greyjoy, who basically only exists for dramatic inconvenience, namely by finishing off a wounded Rhaegal, and leaving Daenerys down to one dragon, as well as providing a dramatically appropriate final duel for Jaime while King’s Landing burned above them. At least fans also got to be treated to the much-hyped confrontation between estranged brothers, Sandor Clegane and Gregor Clegane though, the Hound and the Mountain, respectively, who also engaged in a suitably violent duel during the destruction of King’s Landing, before both plunging to their fiery deaths after some easy fan service. This is essentially what the entire final season of Game of Thrones mostly amounted to; A handful of cool sequences buried within a heap of rushed and unsatisfying plotting, which seemed more concerned with bringing the show to an end than actually ending it in a fully satisfying and fleshed-out manner. 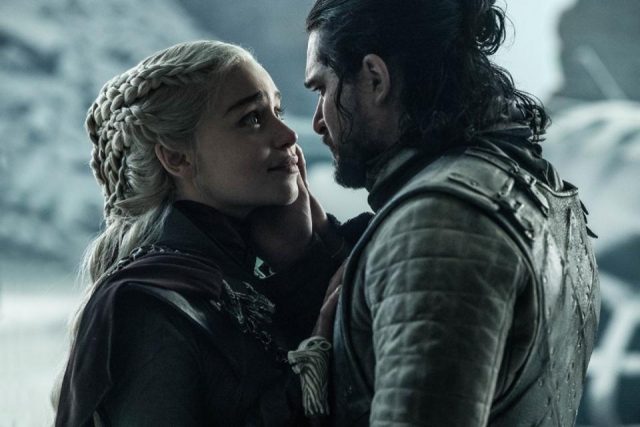 Honestly, the odds of Game of Thrones’ final season pleasing everyone was pretty much nil, considering that the final two A Song of Ice and Fire Novels, The Winds of Winter and A Dream of Spring, still haven’t yet been finished and released for public consumption, despite the sheer amount of years that they’ve languished in development hell, not to mention the earth-shattering level of hype that surrounds Game of Thrones’ new seasons to begin with. Even by those standards though, Game of Thrones’ final season is a very frustrating let-down, ultimately not giving itself enough time to properly realize its good story ideas, and not allowing the series’ final conflicts to feel like they truly matter all that much in the long run. Despite Westeros finally embracing a new era of Iron Throne-less leadership under Bran Stark, which we’ll never ultimately see, even the staggering levels of violence at Winterfell and King’s Landing ultimately feel swept under the rug, mere footnotes in a new Westeros that doesn’t seem at all bothered by all of its losses during the past eight seasons. Perhaps that apathy and resilience somewhat fits for a universe this cruel and violent, but even then, the over-arching impression that Game of Thrones’ final season should definitely not be creating is that none of it really matters. It truly is heartbreaking to see a game with such high stakes ultimately end with the feeling that nothing of value was truly lost.

Game of Thrones: The Final Season Review
Despite some cool sequences and story turns, the eighth and final season of Game of Thrones is a massive disappointment, one that too often suffers from contrived drama and rushed, non-sensical plotting.
THE GOOD STUFF
THE NOT-SO-GOOD STUFF
2019-07-28
70%Overall Score
Reader Rating: (0 Votes)
0%