The CW’s ever-expanding ‘Arrowverse’ welcomed a new heroine to its ranks during last year’s well-received Elseworlds crossover event that was shared between Arrow, The Flash and Supergirl, that being Kate Kane/Batwoman. Before that point, the Batman Family and Gotham City were not truly believed to exist in the Arrowverse’s main ‘Earth-1’ universe, despite a handful of hints toward their existence on Supergirl’s ‘Earth-38’ universe. After the events of Elseworlds took three of the Arrowverse’s flagship heroes to Earth-1’s Gotham City however, it was established that Bruce Wayne and Batman had both disappeared from Earth-1’s Gotham three years prior, with Bruce’s cousin, Kate now subbing in for the role of Gotham’s bat-themed vigilante protector. Almost a year later in real-world time, Kate now headlines her own CW series, Batwoman as well, the first episode of which begins a little while before the events of Elseworlds take place in Arrowverse continuity.

The Arrowverse currently hosts four shows, with the formerly-disconnected Black Lightning also officially being linked with the Arrowverse at last during this Winter’s crossover event, Crisis on Infinite Earths. This means that, as of this coming December, every current DC show on The CW now operates in this shared multiverse (along with the network’s former DC shows, Smallville and Birds of Prey), and that in turn means that many of the meatiest and most dramatic origin stories that the Arrowverse has concocted have already been realized during the debuts of characters like Green Arrow, The Flash and Supergirl beforehand. This leaves Batwoman saddled with the duty of spearheading the Arrowverse’s fourth origin story (Legends of Tomorrow and Black Lightning don’t begin with the origins of their titular heroes), and as you can imagine, this proves to be a challenging task, since it inevitably involves re-treading origin material that was already explored during the early episodes of The CW’s other current DC shows. 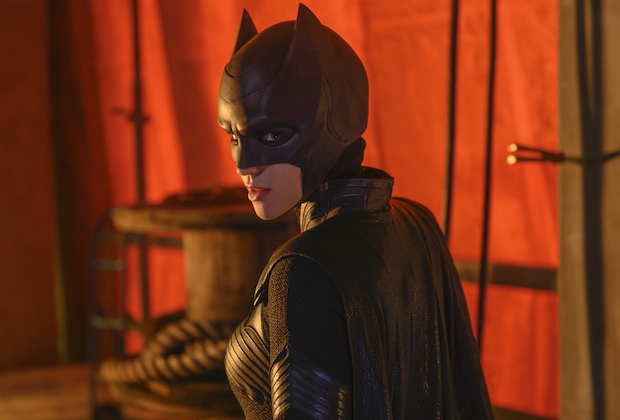 In fact, for the most part, while Batwoman’s pilot episode is decent, and does show some good promise for the show’s future development, its storyline essentially feels like the result that would happen if you tossed the pilot episodes for Arrow and Supergirl into a blender. Like Oliver Queen, Kate begins the series by being removed from her home city, enduring harsh survival conditions and intense combat training after ending up sent away (albeit a bit more willingly in this case), and like Kara Danvers, Kate takes up her superhero identity in response to having to intervene in a crisis, while also ‘borrowing’ the mantle of her more famous male cousin. It seems like The CW simply wanted a Batman Family presence in the Arrowverse, rather than setting up a show that evolved naturally with the Arrowverse as a whole, and that leaves Batwoman’s pilot feeling disappointingly predictable and workmanlike, even if there are still a few key elements that Batman Family/DC fans will no doubt enjoy in it.

First, despite some controversy over her casting, and the marketing through which her titular heroine was initially presented, Ruby Rose is a clear bright spot in Batwoman’s lead ensemble. As she proved during last year’s Elseworlds crossover event, Rose’s Batwoman is tough, resourceful, charming and undeniably cool, and she remains so throughout much of this first episode for her own series. The other big bright spot in Batwoman’s lead ensemble is Dougray Scott, as Kate’s estranged father, Jacob, a colonel for the U.S. military, who has responded to Batman’s three-year absence by beginning a security initiative called the Crows, a private military company that protects Gotham City in Batman’s place. The family drama between Kate and Jacob is a little more novel by Arrowverse standards, especially when both Rose and Scott are the highlight performers in the current ensemble. If there’s any character dynamic to watch going forward, it’s probably this one. 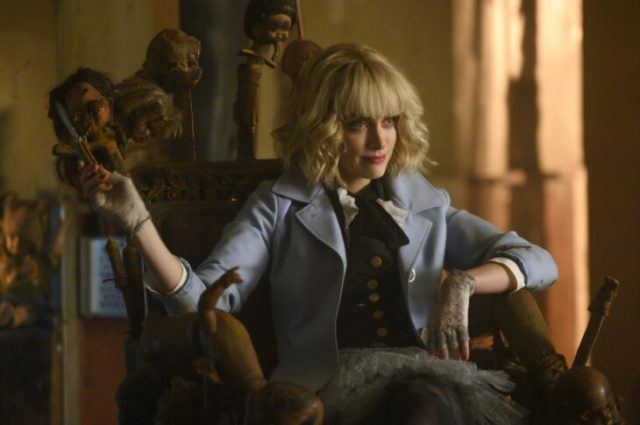 Disappointingly though, many of Batwoman’s other lead characters aren’t that interesting yet. Rachel Skarsten’s arch-villain, Alice, revealed at the end of the episode as Kate’s missing sister, Beth (though you would likely know this already if you’re an avid DC fan), has some sinister promise as the obligatory Joker stand-in for Rose’s Batwoman, but she’s not given anything worthwhile to do beyond a painfully trite ‘choice’ for Jacob in the climax, involving saving his best soldier, or a bunch of citizens at a movie night. That best soldier also happens to be Kate’s ex-girlfriend, Sophie, a brilliant Crow soldier who nonetheless spends most of the episode as a simple damsel-in-distress, after Alice’s goons snatch her in the opening segment. Finally, Kate has a stepmother and stepsister in Catherine and Mary Hamilton, respectively, though neither of them are noteworthy characters at this point. Mary is even downright unlikable to an extent, being a vapid and self-absorbed hard-liberal brat who runs an illegal clinic out of Gotham University, stealing hospital supplies in the process, while congratulating herself constantly on social media.

Even Kate’s discovery that her missing cousin is Batman feels disappointingly underwhelming, which occurs when a very obviously-misplaced object practically screams the Bat Cave’s location out of Wayne Tower. I guess Batman’s lair isn’t built out of Wayne Manor in the case of the Arrowverse. Regardless, this discovery happens shortly after Kate initially breaks into a seemingly-abandoned Wayne Tower as well, to try and locate security footage that shows Sophie’s kidnapping, only to stumble upon Luke Fox, the geeky son of Batman’s former gadget maker, Lucius Fox. Luke, consequently, feels like a transparent facsimile of Arrow’s Felicity Smoak, The Flash’s Cisco Ramon and Supergirl’s Winslow Schott Jr. as well (and to a lesser extent, Black Lightning’s Peter Gambi), being the token Arrowverse nerd character who will inevitably concoct any Deus Ex Machina device that Kate will inevitably need, once her superhero tenure properly begins. We don’t see too many gadgets in this pilot episode though, and Batwoman’s hand-to-hand action is at least commendably solid for now, despite not yet reaching the awesome standard of Arrow.

Ultimately though, if you’re an Arrowverse regular especially, as most of Batwoman’s target audience no doubt is, then this pilot episode feels like an acceptable, but disappointingly unremarkable launch for the Arrowverse’s latest new series. Ruby Rose isn’t the problem at all, since her Batwoman is certainly appealing enough to bring you back on Sunday nights, if you happen to dig this kind of character. It’s also worth noting that, despite the show’s sometimes obnoxious marketing, Batwoman at least doesn’t feel as insufferably on-the-nose with its left-leaning political themes and diversity-driven agenda as Supergirl can sometimes be. This makes Batwoman a nice win for superhero representation on the small screen, without too much of that intrusive virtue signaling that many DC fans are justifiably being put off by with some of the Arrowverse’s offerings. Batwoman may not be hitting its full potential yet, but it has promise, even if there’s still work to be done when it comes to making the show better stand out from The CW’s crowded lineup of DC programming.

Pilot Review: Batwoman
The first episode of Batwoman is engaging and cool enough to be passable, but it fails to stand out from the previous Arrowverse origin stories.
THE GOOD STUFF
THE NOT-SO-GOOD STUFF
2019-10-21
71%Overall Score
Reader Rating: (0 Votes)
0%