After kicking off its final season on such an amazing note during the previous season premiere, Silicon Valley continued strong with the season’s second offering, “Blood Money.” This episode appears to catalyze the primary conflict of the season in earnest, as Richard is presented with a dubious financial offer that he likely can’t refuse. Meanwhile, Gavin is threatened with early termination at the new Hooli if he can’t make the company cash-solvent in three short months, leading to a pretty grim turn for Denpok and Hoover, unless they can work together to stop it.

“Blood Money” is another clever and funny Silicon Valley offering, paying all sorts of dividends with the show’s characters. Granted, a few of them slip into the background here, most notably Dinesh, who is left to do nothing but whine about the coffee machine and harass Gilfoyle a bit, but this is no doubt a side effect of the very Richard-heavy core storyline. Monica also ends up factoring heavily into this plot, when the two work together to try and raise some more money for Pied Piper, after Richard becomes increasingly more desperate to boot Colin from his network. This really comes to a head when Colin’s unethical voice data recording operation starts filling his Gates of Galloo game with intrusive ads based on whatever players say, even when it completely betrays the game’s medieval fantasy setting, in what’s honestly a very funny satire of the modern video game industry and its excessive monetization practices. 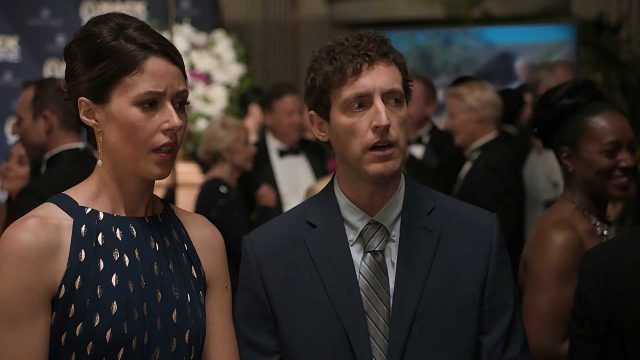 Amazingly, Richard actually gets his wish in short order as well, after attending a charity party with Monica, and meeting a new would-be investor. Well, after a lot of mocking for Richard’s reckless sniping at Amazon, Facebook, Google and Hooli before Congress anyway! Despite that, said new investor, Maximo Reyes, ends up wining and dining Richard, and Richard comes back with a cash offer for $50 million, and a hangover. It turns out that Jared has been keeping Maximo away from Pied Piper for a while as well, but since Jared no longer works at the company, there’s nothing stopping Richard from taking the $50 million, despite Monica’s protests about Maximo’s family’s, “Blood money”, earned from public oppression and violence in South America. Oh, but that concern evaporates once Monica discovers that the offer is not for $50 million, but a cool $1 billion, leading to Monica washing her hands of the situation, and smoking a whole bunch of cigarettes, before fleeing Richard’s presence!

Richard being faced with a ludicrous amount of funding, enough to turn Pied Piper into a truly triple-A corporation in every respect, is a very compelling conflict that managed to be both smart and humourous, particularly with Maximo’s quirky tendency to randomly mis-pronounce names, and inexplicably point out obvious actions as a means of making small talk. It’s a hilarious take on a sociopath that fits the stylings of Silicon Valley perfectly. Richard appears to surrender to taking the money at the end of the episode as well, offset by comical symbolism of birds constantly slamming into Maximo’s polished window, in an effort to get to his confined Chilean tree. Sure, Pied Piper has done some morally sketchy things before, but this is certainly a whole new level for Richard, if he did indeed take the money, one that presents quite the corner to back him into, particularly after Richard burns more bridges with Jared upon meeting and insulting Gwart, leading to a berserk Jared chasing Richard out of the incubator with a BB gun. This is easily one of the episode’s funniest moments, by the way, presenting a great highlight sequence for Jared already during the show’s final season. 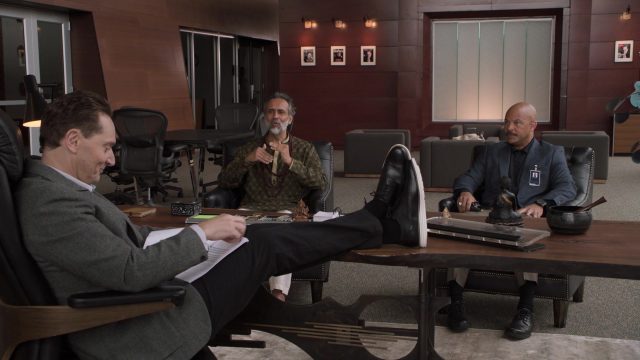 Outside of Richard’s debate over Maximo, Gavin’s efforts to return to cash-solvency at Hooli also end up being pretty funny, even if this storyline doesn’t quite fire on all cylinders at the rate that Richard’s core storyline does. After Gavin announces that he’s sending Denpok and Hoover to Belarus, as part of an international funding operation that will help put the new Hooli back in the black, Denpok and Hoover conspire to exploit a foreign interests act, to prevent Gavin from doing business in the region. This ends up working well too, keeping Gavin firmly grounded in California. While it’s cool to see Denpok and Hoover team up in their own storyline, something that the show really should have exploited far more often during its prior seasons, it sucks that Silicon Valley didn’t ultimately do that much with this idea. Perhaps there’s more time for Denpok/Hoover team-ups over the next several episodes, but with the series ending before the year is out, I don’t think I’m going to hold my breath.

Finally, Gilfoyle also once again lent himself to an amusing subplot, this time via bickering with Pied Piper’s HR lady, Tracy. This involves Tracy tricking Gilfoyle into getting his work done by pretending to force him to hire coders, which is another Gilfoyle subplot that doesn’t largely affect the show, but feels more clever and effectively exploited than the somewhat underwhelming subplot with Denpok and Hoover. Ultimately though, it was Richard who really stole the show in, “Blood Money”, being seemingly forced to capitulate to an insane cash offer that would permanently annihilate any moral credibility that Pied Piper would ever hope to have. Even as Richard continues to lose face, and his principles, he still wants to cling to some ideals, though in trying to uphold a data-sharing ideal, he may be forced to betray every other ideal he carries. It’s another standout testament to the impossible game of business in the tech industry. Maximo may end up being mostly benign for Pied Piper as well, despite his clear support of his violent grandfather’s tendencies, but even if Pied Piper now could be $1 billion richer, is the money going to be worth it when the company is inevitably influenced by the descendant of a bona fide warlord?