NOTE: Spoilers from throughout the first season of, “Pennyworth” are present in this review

American specialty channel, Epix has certainly taken its time jumping on the modern genre TV boom, but the network nonetheless found its way to its most successful original series yet during this past Summer, after signing former Gotham showrunners, Bruno Heller and Danny Cannon to craft Epix’s own Batman prequel series, less than a year after Gotham was concluded by FOX. This series is Pennyworth, a period piece taking place in an alternate-timeline 1960’s (and, according to executive producer, Cannon at least, the same pre-Batman universe that Gotham takes place in!), and centering around a twentysomething Alfred Pennyworth, many years before he would go on to join the Wayne family as the future Batman’s trusted confidant and caretaker. It’s a very strange idea on paper, particularly since DC’s own Teen Titans GO! To the Movies had only recently cracked a joke about how ridiculous an idea an Alfred Pennyworth-dedicated drama would be, just under a year before Pennyworth was revealed to the public.

It may surprise you to know however that Pennyworth’s first season is pretty good, even when it has virtually nothing to do with Batman lore at large, beyond a small handful of its lead characters. Even then though, Pennyworth carves out a very distinct story, far removed from the legacy of Batman, or any recognizable element of established Batman lore. This is a bit of a double-edged sword, since this bold, Batman-independent direction means that Pennyworth can confidently stand on its own, alongside Gotham, and any other Batman offshoot media you could care to name, but at the cost of not providing much incentive for Batman junkies to seek it out, unless they really love Alfred’s character specifically. Another boon with this narrative direction though is that, like Gotham before it, you don’t need to know the first thing about Batman, nor his decades’ worth of characters and history, to enjoy Pennyworth on its own merits, as a sharply-produced, witty and surprisingly intense spy-themed drama, one that manages to easily stand apart from the outrageous glut of DC shows that currently clog the television landscape. 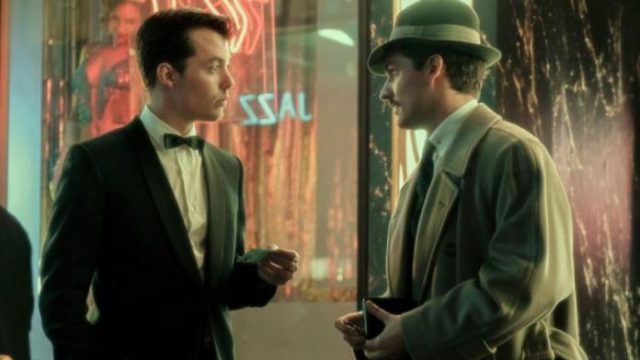 In fact, here in Canada, where Pennyworth aired six weeks late, long after its American debut on Epix, that distinction really counts, since the show is hosted on the Showcase Channel, the same channel that also hosts another Batman Family-themed spin-off series for Canadians, namely The CW’s Batwoman! Having Pennyworth and Batwoman air at the exact same time in Canada, albeit on different days, is a little bit of a hassle for Canadian Batman Family enthusiasts, but it’s clear that, between the two, Pennyworth is definitely the superior show, being more cleverly written, more exciting and more full of genuine character. Once you get past the show having a very loose connection to Batman lore, Pennyworth’s initial batch of ten episodes proves to be a thrilling, innovative delight among DC’s current live-action programming, quickly cementing the young Alfred as a resourceful and dangerous bruiser in his own right, as he attempts to open a fledgling security service with his old SAS buddies.

Since Pennyworth can’t rely on familiar Batman villains to oppose Alfred either, the show instead invents some radical new political factions for the 60’s-era London, England of the apparent Gotham universe, namely the Raven Society, who currently serve as the show’s lead antagonists, and the No Name League, which is how future Batman parents, Thomas Wayne and Martha Kane are introduced to the series. With both societies wanting to overthrow the British crown, specifically because the Raven Society wants to install a totalitarian, hard-right regime, while the No Name League wants to install a left-leaning, socialism-driven regime, Pennyworth taps upon the idea of being a colourful political satire, though is often happy to embrace the feel of simply being a fast-paced spy caper, one that just so happens to star a future Batman Family character. Jack Bannon wonderfully headlines Pennyworth in the leading role of the young Alfred as well, with the 26-year-old Alfred of this series being driven, but a little unsure of himself, while also balancing being a bit prickly with being surprisingly smart and classy. 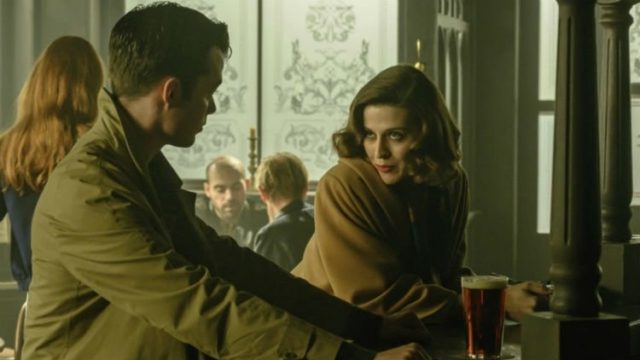 Alfred’s first jobs, alongside former SAS squadmates, Bazza and Dave Boy, who have their own scars of war, often bring him into conflict with a whole host of imposing villains, and unlikely allies. These include London’s local crime lord, John Ripper, who ends up becoming separately entangled with the No Name League, Lord James Harwood, the charismatic leader of the Raven Society, and the Sykes sisters, who consist of twisted, yet honourable sociopath, Bet, and ruthless, ultra-pragmatic Peggy. These characters are also complemented by the young, unmarried and originally unacquainted Thomas and Martha, who pursue their own agendas as an undercover CIA operative and an uncompromising idealist, respectively, with both ending up as memorable, quick-thinking allies to Alfred, as he becomes gradually more entangled with the warring radical groups of London. Again, once you get past the initial annoyance of many of these characters being so heavily disconnected from Batman lore, the unique cast of Pennyworth will quickly grow on you, as its personalities maintain the same violent, yet darkly comical sensibilities that much of the Gotham cast had. While Pennyworth bears no direct nods to Gotham as well, at least not yet, it’s not hard to believe that both Batman prequel shows could take place in the same universe, even from different networks, since showrunners, Heller and Cannon have undeniably crafted a successor series that feels like a more quaint, yet undeniably faithful recreation of Gotham’s tone, now seen through a more outwardly upstanding, yet inwardly seedy British lens.

Considering that Pennyworth was originally made for Epix as well, a premium American channel, it no longer has to follow the FCC restrictions that Gotham was saddled with upholding during its time on FOX. This means that Pennyworth can go full R-rated with its storytelling, and you would be surprised at just how hard an R-rating Pennyworth can boast at times! The series being violent is inevitable, since Pennyworth is more or less the successor to Gotham, a series that still got away with an astonishing amount of violence on the FCC-restricted FOX network, but Pennyworth doesn’t stop there either. It features plenty of substance abuse, f-bombs, sex, nudity, and even some surprising Satanic imagery during one particularly strange storyline with Martha! In many respects, Pennyworth thus feels like the show that Heller and Cannon always wanted to make with Gotham, but were held back from doing by FOX’s restrictions. Appropriately then, Pennyworth can often feel like what Gotham always deserved to be as a Batman spin-off/prequel as well, being unafraid to portray the young, upstart Alfred as a brutal, war-ravaged thug at worst, one that suffers horrible tragedy during this first season alone, and is far more interested in forsaking his legacy as an honourable soldier, rather than being forced to embrace it.

That said though, Pennyworth still won’t be a perfect draw for some people, particularly given that the show is only tenuously connected to the Dark Knight, as I’ve repeatedly mentioned. It’s also true that some of Pennyworth’s earlier episodes can be a little dense and overlong for any viewer, particularly its rather meaty pilot episode, which has to establish the show’s larger-than-life period England setting, on top of the many factions and characters at play. It can be a bit much at times. Not only that, but the early attempts to give Alfred a love interest similarly don’t work. This love interest, Esme Winikus, even ends up being quickly killed off just a few episodes in, as if even the showrunners knew that she wasn’t working as part of Pennyworth’s lead ensemble. There are plenty of other great characters to get invested in during this first Pennyworth season though, with the Sykes sisters and Martha being particular highlights. Still, it’s annoying that so much of Alfred’s early motivation has to come from a dead love interest that was difficult to like anyway, especially when there’s the very clear, and much more compelling threat of the political factions that are scrambling to overthrow the Queen!

Thanks to all of the shocking violence, pulpy twists and slick, spy-themed presentation though, Pennyworth manages to be very cool in its first season, while somehow finding yet more uncharted territory for the ever-expanding slate of modern DC television shows. Even after starting its run well over a month late in Canada, Pennyworth proves to be an especially fitting replacement for Gotham, especially when it can whole-heartedly embrace a fully R-rated tone, allowing it to court the adult audience that Gotham was clearly made for all the more. There’s a bit of a curve before you can fully take in the series’ surprisingly dense plotting, especially when you can’t use established Batman storylines as a guide for exactly what’s going on, but once Pennyworth fully hits its stride about halfway through its debut season, it proves to be a refreshing and exciting new take on the Batman license, even in having very little to do with the legacy of the Batman Family. Epix isn’t available in Canada, so it’s hard for us Canadians to sympathize with the fact that the MGM-owned channel finally has a successful genre program that it can be proud of, but good DC shows are good DC shows. If the slightly premature cancellation of Gotham has you upset, or you just dig cool period/spy shows in general, then Pennyworth stands as one of 2019’s coolest under-the-radar TV hits, one that fans and non-fans of Batman alike are bound to enjoy getting lost in.

Pennyworth: Season One Review
Sophisticated, stylish, surprisingly violent, and unapologetically British, the first season of Pennyworth delivers something different, but compelling for Batman/DC media, despite having disappointingly little to do with the Dark Knight for now.
THE GOOD STUFF
THE NOT-SO-GOOD STUFF
2019-11-27
83%Overall Score
Reader Rating: (0 Votes)
0%