It has only been three years since the release of Pokémon Sun and Pokémon Moon on Nintendo 3DS, but it has felt like so much longer between iterations, even with the Ultra variants of those games releasing a year later. Naturally, the release of Nintendo Switch in early-2017 was the catalyst for The Pokémon Company to begin working on its first mainline Pokémon title set on Nintendo’s main console, even if that console is a hybrid handheld as well.

Welcome to the Galar Region, clearly inspired by the the United Kingdom in everything from the local dialogue to the architecture to the sweeping countryside. It’s the basis for a new style in Pokémon, though it doesn’t stray too far from the 3DS visuals. Sure, they’re pumped up and much higher resolution, but retain their cartoon-like aesthetic with faint, near cel-shaded appearance. This isn’t Breath of the Wild, but it’s not aiming to be. 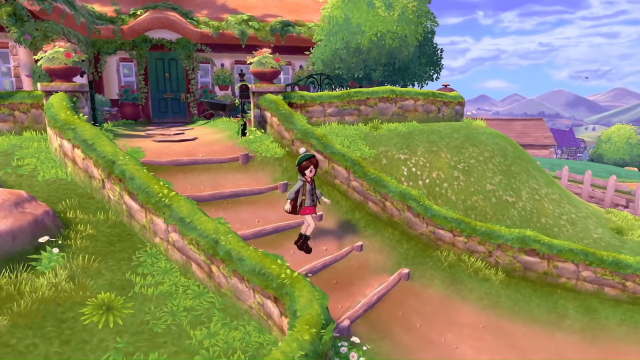 There are vast open areas in Sword and Shield, known as the Wild Area. It’s not nearly as vast or sprawling as those found in Zelda–that game is hundreds of square kilometres in land area–but it does represent a new way to find and catch creatures in the series. It changes the game up as you must wander into the Wild Area in order to discover Pokémon, unlike the previous entries in the series all the way back to Pokémon Red and Pokémon Blue in which tall grass would provide cover to Pokémon and trainers as you traverse between towns in the game.

This is, fortunately or unfortunately, depending on which side of the franchise you fall on, one of the only real material changes to the structure of the game. Other facets of making your way through the ranks in the Galar region are not too dissimilar to previous entries. You still pick from one of three starter Pokémon–fire, grass, or water types, naturally–all of whom are worthy starters, there are still eight gyms throughout the region, each with their own Gym Leader, theme, and type, and you’re working your way through the world, levelling up your Pokémon to ultimately battle for the championship and become the best trainer in the land. And of course, while you’re doing so, you have to save the world, so there is yet another new evil syndicate, this time called Team Yell, trying to stop you along their way to Pokémon world domination.

Team Yell proves to be more annoying than anything. Somehow, Giovanni and his Team Rocket henchmen from the original games are still the most terrifying to us, being shrouded in mystery and with his big reveal at the end as the final Gym Leader, and none of the evil organizations after him–Team Skull, Team Plasma, Team Magma, the list goes on–seem to hold a candle to the original crew. It doesn’t help that the name Team Yell is not the most imaginative of the group.

With that being said, there are some notable additions to the game in other ways, not the least of which is the cast of wacky characters you’ll encounter throughout your adventure. Everyone along the way, from fellow trainers, to notable, story-progressing characters, are unique and have their own style and direction. They’re odd and quirky in the way that it feels only Nintendo can accomplish sometimes, and they’re definitely present in Sword and Shield.

Of course, the other major additions to the franchise are the near-100 new Pokémon themselves. Some of them are especially wonderful, like the fire-starter Scorbunny, or the stoic Sirfetch’d, an evolved form of the all-the-way-back-to-Gen 1. Farfetch’d, complete with massive green onion (or leek; the verdict is still out on that one). Other great new Pokémon designs are Toxtricity, the electric-poison type that seems to borrow a bit from both Greninja and Typhlosion, while Polteageist is a ghost trapped in a teapot, because why the hell not? Even 800 Pokémon in, there is no shortage of imagination here whatsoever.

Of course, the big controversy about Sword and Shield is that the game, for the first time in the series (not including Pokémon Let’s Go Pikachu and Pokémon Let’s Go Eevee, which were remakes of a sort), does not actually include all the Pokémon in existence. As one might imagine, creating 3D models for each and every creature, as well as unique moves and animations, various colour schemes and art styles, in multiple forms, and with any sort of quality and consistency, is a massive task, and clearly not one the folks at Game Freak or The Pokémon Company were up to. However, that is not to say that the controversy was actually something to actually be up in arms over. The game has so much content and delivers in so many ways, of course certain people will be disappointed if their favourite Pokémon is not included, but you know what they say about being able to please all the people all the time. 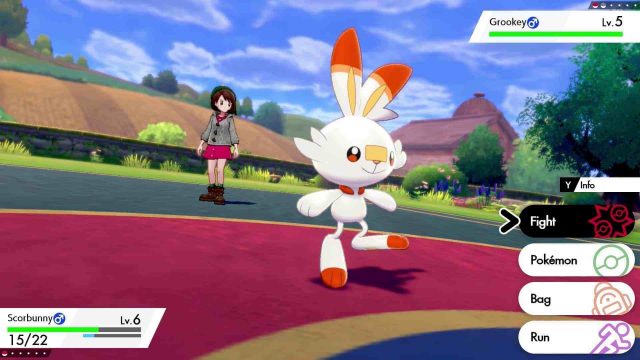 It does leave the hope open that perhaps Nintendo in partnership with Game Freak and The Pokémon Company, are working on the next entry in the franchise, likely a spin-off of Sword and Shield, that will in fact include every creature. This would be a huge boon to the game, though we’re not sure how long it might take to develop. Something Breath of the Wild scale isn’t easy to achieve, but Nintendo has certainly surprised us before.

The core game in Pokémon Sword and Pokémon Shield is a wonderful, nostalgia trip, that introduces a couple of new elements, but keeps many of the classic mechanics the same. There is a bit of a safety in not changing too much, but with the first entry on a main Nintendo console, this could have also been Game Freak’s opportunity to change things up a bit and get more uncomfortable.

Enough of the formula is still intact that the game is very much recognizable as a Pokémon game, and while it offers a few surprises along the way, the most unsurprising thing is that it is still just plain fun to catch, train, and battle your beloved Pokémon throughout your journey in the Galar region. You just can’t actually catch ’em all.

This review is based on a copy of Pokémon Sword for Nintendo Switch provided by Nintendo of Canada.

Pokémon Sword and Pokémon Shield Review
Pokémon Sword and Pokémon Shield deliver much of what we have come to expect from the series, which means a great bit of nostalgia, tried and tested gameplay, and a bunch of new Pokémon. It also means that there weren't enough surprises or diversions from the usual formula to make the game standout enough to make this a real breakthrough in the series.
Visuals85%
Audio75%
Gameplay75%
Storyline70%
The Good Stuff
The Bad Stuff
2019-12-20
77%Overall Score
Reader Rating: (0 Votes)
0%