NOTE: Some spoilers from throughout the first season of, “The Mandalorian” may be present in this review

Disney+ has been available in its flagship territories for a couple of months now, and just before the turn of the New Year, the streaming platform’s first high-profile genre series wrapped up its debut season. The Mandalorian finally realized a proper live-action television series for the Star Wars franchise, while creating an immediate draw for those looking for a more serious-minded reason to try out Disney’s new all-inclusive streaming service. This is all the more true when one considers that Disney’s current crop of Star Wars movies has proven rather uneven and divisive overall, culminating in the undeniably lucrative, but still noticeably disappointing Star Wars: The Rise of Skywalker last month. Fortunately, this narrative patchiness doesn’t appear to be nearly as big of a problem with The Mandalorian, which is overall a well-executed idea with plenty of appeal in its initial eight-episode season, even if it also hits a few bumps here and there.

The Mandalorian stars Pedro Pascal as Din Djarin, a.k.a. “Mando”, whose identity is not actually revealed until the season finale, long after we’ve gotten to know the character on a series of planet-hopping adventures. Pascal’s Djarin immediately makes an impression as well, being one of the few surviving Mandalorians in the wake of the Empire’s destruction (though he’s later revealed to be an ‘adopted’ Mandalorian, after being rescued from an Imperial raid as a child), following the events of original Star Wars trilogy capper, Star Wars: Episode VI – Return of the Jedi. The loss of the Empire has left Djarin and his fellow bounty hunters struggling to get by during the time of peace and prosperity in the post-Empire, pre-First Order era, creating a clever and ironic inversion of what’s otherwise been indicated to be a pretty happy decade or two for the Star Wars universe. Naturally, that lack of crime and strife makes things harder for those who operate in the shadows of the galaxy’s seedy underbelly. 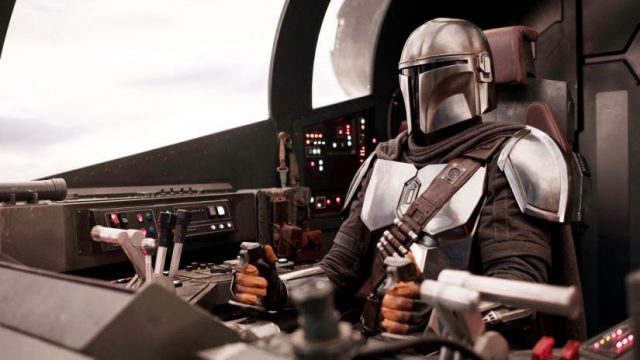 The fact that The Mandalorian captures that surprisingly shady underworld of the Star Wars universe so well, without ever straying from a truly family-friendly direction, is all the more impressive. While some may lament that The Mandalorian ultimately rejects the opportunity to be a more adult-oriented Star Wars series, no doubt on account of the current Disney+ policy that mandates all original content should be general audience-friendly (despite outliers like The Simpsons clearly pushing the boundaries of that), the fact remains that this series succeeds without the need to go for an R-rating. Besides, an R-rating would diminish one of the other main draws of the show, that being The Child, informally referred to by fans as ‘Baby Yoda’, due to the creature clearly being part of the late Yoda’s unnamed and ancient Force-enriched alien race, previously thought to be extinct after Yoda’s demise in Return of the Jedi. Oh, and Yoda’s and The Child’s race is apparently a recurring enemy of the Mandalorian tribe, which is one of several bombshells dropped in The Mandalorian’s first season finale.

Clearly, a conspiracy is afoot, and when The Mandalorian goes all in on this conspiracy, it’s a superb show all around. The darker storylines on The Mandalorian almost universally soar, giving us an extended look at a morally ambiguous corner of the Star Wars universe that the movies in particular have barely touched on. This also goes nicely with The Mandalorian spotlighting an era of Star Wars history that hasn’t currently been charted in Disney’s official canon, now that former ‘Expanded Universe’ Star Wars media that explored the fallout from Return of the Jedi has been relegated to non-canon ‘Legends’ status in the modern Disney Star Wars continuity. On the bright side, this freedom from the ‘Expanded Universe’ tales of old means that The Mandalorian is free to craft its own storylines, explore its own worlds, and carve out its own unique vision, which definitely hits more often than it misses.

Where the show does struggle a little more in its initial run however is during the middle of the season, when The Mandalorian has to pivot a bit, and present an ‘adventure-of-the-week’ template of storytelling. The season is bookended by some impeccably strong episodes, but that middle stretch in the season can be a little tedious, especially during the show’s initial November-December run, when the entire first season of The Mandalorian wasn’t completely able to be binged through yet. While the show’s worlds and scenarios are always compelling in concept, these middle storylines can often create an air of stalling for time in execution, before Djarin inevitably returns back to his old stomping grounds for the season’s climax, to face the true puppet masters behind his initial order to capture The Child, by any means necessary. The fundamental dynamic of Djarin protecting The Child and trying to keep it away from his ruthless former clients is pretty good though, especially since The Child is so damned cute! The healthy array of strong guest stars throughout The Mandalorian’s first season certainly doesn’t hurt either, with Taika Waititi, Nick Nolte, Gina Carano, Ming-Na Wen, Bill Burr, Amy Sedaris and Giancarlo Esposito, among others, giving this debuting live-action Star Wars series quite a lot of star power in its debut episodes!

Even more impressive however is just how incredibly gorgeous The Mandalorian looks, right from the jump! Normally, streaming shows can have restrictive budgets, and while Netflix is normally not afraid to shell out more cash for their original television programming (sometimes to a fault), other streaming platforms like Amazon Prime Video, Hulu and especially smaller genre-driven platforms like DC Universe, often keep tight control of their original shows’ budgets. The Mandalorian however is barely distinguishable from the Star Wars movies, even the more recent ones, with everything from the special effects to the costumes to the alien makeup being remarkably faithful and detailed in its presentation. It certainly helps that The Mandalorian’s first season only spans eight episodes, shooting for a clear quality-over-quantity approach, but it can’t be understated how much Disney+ is already aiming to stand apart with its expensive and well-produced original genre content. No matter where it goes in its first season, The Mandalorian always fits right in with the top-tier production values of the Star Wars universe. This in turn creates a ton of promise for future original Star Wars content on Disney+, particularly since Disney+ seems to be where the Star Wars franchise is going to be spending most of its time over the next few years. 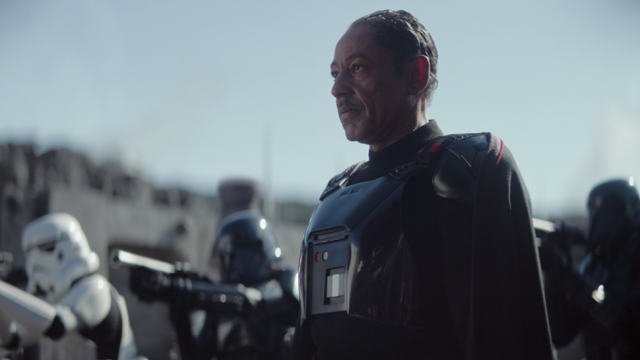 Some of the middle episodes may be a bit of a slog at times, but overall, The Mandalorian succeeds where Disney’s current run of Star Wars movies mostly dropped the ball, namely in providing original and interesting storytelling that actually contributes something truly novel to the Star Wars universe. Initially, some fans might be worried that Disney and LucasFilm are seemingly steering the Star Wars franchise away from the big screen for the next several years, but if that means more original Disney+ content like The Mandalorian, it’s tough to truly complain about that prospect. Granted, I’ll miss the experience of seeing a new Star Wars movie in theatres, since it will likely be a while before we have that chance again, but if The Mandalorian is any indication, then Disney+ seems to be where Star Wars currently thrives the most anyway. The Mandalorian is overall exciting, creative and fun in its debut season, plus it’s packed to the gills with fantastic new character additions to the Star Wars pantheon, all brought together by Pedro Pascal’s compelling anti-hero, and his adorable alien charge. It’s everything that a modern generation of live-action Star Wars media is begging for, and best of all, the series didn’t even need Boba Fett to be as good as it is!

The Mandalorian: Season One Review
The Mandalorian provides Disney+ with a standout original genre series right out of the gate in its first season, presenting an exciting, novel and rewarding look at a seedier side of the Star Wars universe.
THE GOOD STUFF
THE NOT-SO-GOOD STUFF
2020-01-15
87%Overall Score
Reader Rating: (0 Votes)
0%