Legends of Tomorrow is presenting another Millennial-friendly parody of classic movies in this week’s episode, “Slay Anything”, in this case going back to the horror movie well that it’s managed to derive some solid enjoyment from during past seasons. “Slay Anything” temporarily ditches real-world history in favour of a purely fictional Encore-of-the-week, in this case, Freddy Meyers, the so-called ‘Prom Night Slasher’, who killed seven people during 1989’s Central City High School prom. After a similar massacre threatens to happen in 2004, following Freddy’s execution and subsequent resurrection, the Legends have to divide and conquer between two separate time periods, after Ray suggests a strategy of reforming Encores in the past, rather than finding a way to permanently neutralize them in the present.

So far, Ray’s Encore rehabilitation plan seems to be the Legends’ best option for permanently taking the evil souls out of Astra’s history-wrecking arsenal. It’s actually an interesting idea as well, one that effectively utilizes the time-hopping capabilities of the Legends, rather than just forcing them to rely on their separate abilities to take out Encores the old-fashioned way. As interesting as the idea is however, it’s not off to a fully great start in this week’s episode, which is frequently dragged down by an aggressively predictable plot, and a selection of uneven humour and character arcs. This is a shame, since this episode can be really funny when it’s delivering good material, but its temporary move away from real-world historical figures doesn’t manage to justify a pure shift into the realm of fiction this time out.

Even worse off is Constantine, who is stuck in a completely disposable subplot this week. Constantine’s subplot completely feels like an afterthought, as well as a way to forcibly separate him from the Legends’ antics in 1989 and 2004, namely when he decides to revisit his former estate, alongside Gary. Gary doesn’t even show up in this storyline properly outside of an opening gag either, even though it’s kind of amusing to have Constantine witness Charlie appropriating his own form, and holding sex parties in the estate. It’s good to see Charlie again, though even she isn’t given anything to do here, merely giving Constantine a quick pep talk (take a shot), so that he can confront the spirit of Astra’s witch mother behind a sealed door. I guess we have to wait until next week, at minimum, to see the payoff to this.

Zari also gets confined to her own subplot this week, though fortunately, it manages to fare better than Constantine’s undercooked side story. After Behrad forcibly locks Zari into confinement, preventing her from leaving the Waverider, Zari naturally tries to find an escape route. This subplot actually contributed some of the best jokes of the episode, with Zari consistently failing to put together that she’s found herself in blatantly unnatural circumstances. Zari does get a brief connection to her old self after managing to hack her way out of Gideon’s defenses though, making her way outside, only to fail to recognize that she’s in 1989. Zari subsequently deciding to stay with the team after the (re)discovery that they travel through time, despite her supposedly pressing business concerns, is pretty contrived, especially considering how quickly she reconciles with Behrad, but I guess it’s as good an excuse as any to keep Zari on the Waverider, since she’ll inevitably have to confront her old identity as a Legend sooner or later.

Regarding the core duo of storylines however, they frequently suffer from being tedious and predictable, despite some decent slasher satire here and there. Nora and Mick at least manage to be bright spots however, with Mick revealing in 2004 that he attended Central City High School (which shouldn’t be a shock, since Mick hails from Central City), in turn giving him a chance to re-connect with an old flame named Allie. Sara and Ava have to then work to repel the Prom Night Slasher when he inevitably strikes again in 2004, while Ray, Nate and Nora try to rehabilitate Freddy in 1989, and prevent him from going on a killing spree. If you’ve seen the origins of the Friday the 13th franchise however, which this episode openly parodies, among other familiar slasher movie properties, then you’ll see the big twist of this episode coming a mile away. Needless to say, Freddy is not the real Prom Night Slasher, and simply took the fall for the real culprit.

It turns out, in a Friday the 13th-inspired turn, that Freddy’s mother, Kathy Meyers is the real Prom Night Slasher, as well as the telepathic Encore that the Legends are trying to stop in 2004. Apparently, Freddy’s mother died of a heart attack on the same night as Freddy’s execution, and after she was resurrected by Astra, she stole Freddy’s body, being completely unwilling to let her son go. This could have been an interesting exploration of co-dependence, especially when Nora delivers some highlight material as an exasperated fairy godmother, finally getting an honest-to-goodness chance to hang out with the Legends again. The Prom Night Slasher’s surprise identity is too easy to deduce even for people who haven’t seen the original Friday the 13th movie however, not to mention that the character conflict with Freddy, wherein he has to learn to be himself and trust his own instincts, feels a little trite and cliched, even by the standards of a teen-driven storyline. 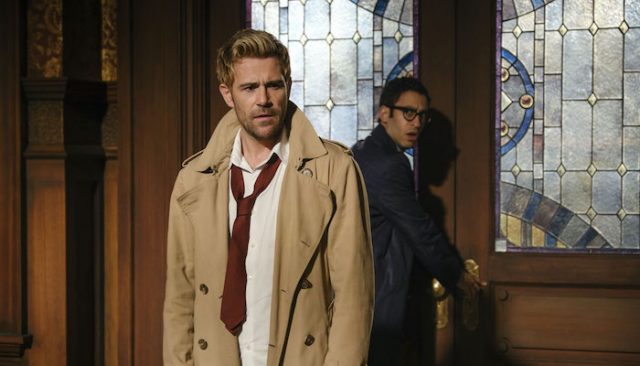 At the very least though, Legends of Tomorrow does find some interesting ways to move the plot forward in the wake of this week’s events. It’s just annoying that, “Slay Anything” feels like a filler episode in too many respects, even as it puts Nora back with the team, and gives the Legends a smart, alternative method to taking out the Encores that are now invading history. A heavily predictable storyline and scattershot character material make this week’s Legends of Tomorrow offering feel disappointingly underwhelming though, once again leaving the series struggling to find a reliable rhythm for the start of its fifth season. Hopefully, another trip back into real-world history helps to solve the show’s lingering plot issues next week, particularly now that the Legends can start piecing Zari’s old identity back together again.

Legends of Tomorrow 5.3: "Slay Anything" Review
Legends of Tomorrow is still having trouble finding its groove in this week's episode, despite an amusing, well-intentioned satire of slasher movie cliches behind it.
THE GOOD STUFF
THE NOT-SO-GOOD STUFF
2020-02-14
74%Overall Score
Reader Rating: (0 Votes)
0%