At the end of their most recent episode, Wintory (Journey, Assassin’s Creed Syndicate), begins discussing in general how music and sound effects, called foley, are captured in the real world for processing and adding into a game’s environment. A typical process would include someone going out to capture the sound of the rain, for example, which they would then use to create a static audio file of rain sounds. 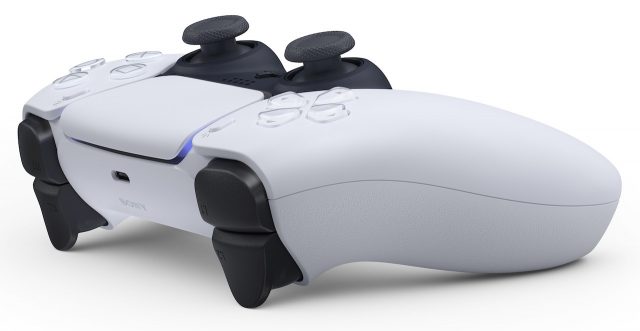 Comparing this to the Unreal Engine 5 demo that we received last week, Wintory notes that the new engine promises to deliver audio that allows sampling of just a single raindrop, at which point each individual raindrop becomes its own ‘event,’ and the game scales up the sound and rain as necessary.

During this explanation, Bithell (Thomas Was Alone) begins typing furiously on his computer, telling the podcast, “I’m just doing the thing where I Google something to see if it’s been announced yet,” referring to the fact that he has seen and used PlayStation 5 development hardware, including, as we’ll come to find out, a DualSense controller for the new console.

“Dancing around some [Non-Disclosure Agreements],” Bithell says, “all I’m saying Austin, is you’re gonna love what they’re doing with the controller on PS5 … the DualSense stuff.”

Bithell goes on to say that he’s seen some demos relating to haptic feedback specifically relating to raindrops that imply that the controller will allow you to feel when it is raining in the game, or perhaps other environmental effects.

While this doesn’t reveal a ton of new information beyond what we knew about the DualSense controller before, it does confirm that even smaller developers have seen and used the controller, and that they’ve been given at least tech demos of what implementation of the haptic technology could look like.

Have a watch of the video above for the whole podcast, or skip to the 1:20:30 mark for the audio-specific discussion.

The DualSense controller, shown off in April, is the first bit of hardware we’ve seen for PlayStation 5, as rumours currently point to a June reveal for the console itself.

PlayStation 5, along with its DualSense controller, naturally, are expected to launch this holiday season.