Harley Quinn’s stellar momentum over the past several weeks has truly been a treat, bringing the show’s second season to a more consistently outstanding quality than its already good first season. That momentum was bound to slow down eventually though, and sure enough, that inevitable slowdown finally came via this week’s episode. “Inner (Para) Demons” more closely returns to Harley Quinn’s usual episode formula for the most part, despite the massive developments that occurred at the end of the previous episode. Most important of all however is that Harley’s crew is finally back this week, just in time to turn to an unlikely source through which to consolidate Harley’s power as Gotham City’s only remaining super-villain!

Despite the defeat of the Injustice League, and the supposed expulsion of the Legion of Doom from Gotham (though the Legion remains more or less MIA, rather than truly destroyed, at this point), the U.S. President is still refusing to allow the city to rejoin with the rest of the country. In fact, before Gotham can become a truly American city again, Gordon needs to eliminate the last remaining super-villain threat within it; Harley Quinn! Barbara, as Batgirl, thus goes to Harley’s lair to warn her about Gordon’s impending assault, while Gordon prepares to rally what remains of the law enforcement presence in Gotham, in order to take Harley and her crew down, once and for all! 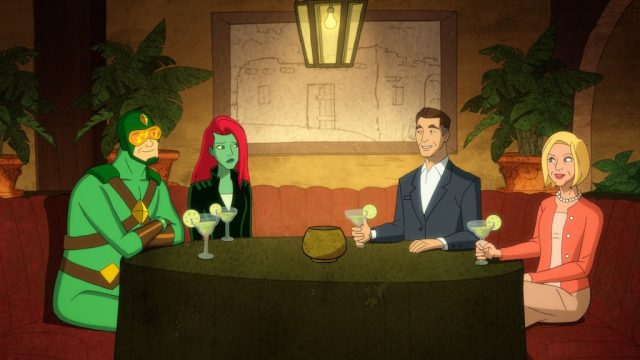 This question of how ‘bad’ Harley truly wants to be as an independent super-villain serves as the basis of this week’s core storyline, along with Harley denying the implicit feelings from her kiss with Ivy at the end of the previous episode. Ivy appears more open to discussing the kiss, but Harley seems actively determined to play it off as a one-time impulse, even going as far as to kiss everyone around her to prove that the kiss with Ivy wasn’t a big deal. This potent romantic denial by Harley ends up having dangerous consequences after Doctor Psycho gets consulted as well, namely when Psycho points Harley towards the path to Apokolips, the home planet of one of the most dangerous and powerful DC super-villains of all; Darkseid! If Harley can curry Darkseid’s favour, she’ll be able to harness an entire army of Darkseid’s Parademons, thus allowing her to easily overwhelm and destroy any threat to Harley’s dominance over Gotham, including Gordon, and no doubt even Batman, who remains absent in this episode.

The actual path to Apokolips is very amusing, finally allowing Harley’s crew to shine alongside her again, while Ivy branches off into a subplot with Kite Man. After humourously whacking high-powered DC escape artist, Mister Miracle with her bat during a live show, in order to fetch a Mother Box, which allows Harley and her crew to make a Boom Tube that teleports them to Apokolips, Harley is then told by Darkseid that she must single-handedly best his main lieutenant, Granny Goodness, in order to win the power of the Parademons. Harley, naturally, is no match for Granny Goodness on her own, with Granny Goodness being another astonishingly powerful character in the DC Universe, but thanks to some covert help from Doctor Psycho, Harley is eventually able to ‘win’ the battle, thus granting her the army that she wants. 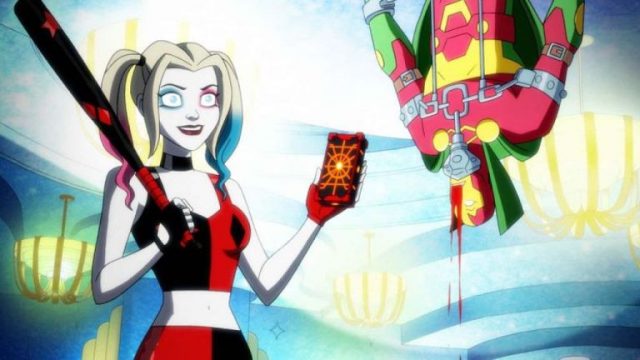 The humour and action both function quite well throughout much of the main storyline with Harley and her crew, who take their tongue-in-cheek journey in and out of Apokolips with surprising efficiency and success. Ivy and Kite Man, meanwhile, are moved to a subplot that’s executed with more mixed success. This subplot involves Ivy meeting Kite Man’s parents, who, as it turns out, are rich, highly successful metahumans, who are ashamed of their non-powered son. Ivy quickly impresses Kite Man’s parents at their favourite restaurant, but eventually very bluntly rejects their standards, declaring that Kite Man is better than they could ever be. This is a sweet, heartwarming moment shared between Ivy and Kite Man, but it also feels a little cliched and predictable, as much as Ivy very publicly standing up for her impending marriage to Kite Man continues to create more interesting emotional dimensions to her kiss with Harley.

As for the climax of this episode, it naturally unfolds between Harley and Gordon, with Gordon bringing an entire army’s worth of muscle, right as Harley returns to Earth, with her own Parademon army. The Parademons predictably make short work of Gordon’s forces, with Harley ready to declare herself the biggest, baddest scourge to ever menace Gotham!… Until Ivy intervenes, and asks Harley if her victory is truly worth this level of relentless slaughter. Again, Harley immediately backing down and relinquishing the power of the Parademons is a little cliched, not to mention rather rushed in its resolution. Equally rushed is Psycho suddenly losing faith in Harley after she gives up her Parademons, before abruptly deciding to quit Harley’s crew. Sure, this was teased a bit beforehand, when Riddler probed Psycho’s obvious desire to break away from Harley’s crew earlier this season, but even so, it felt like Psycho’s exit from the crew came a little too quickly to truly satisfy. 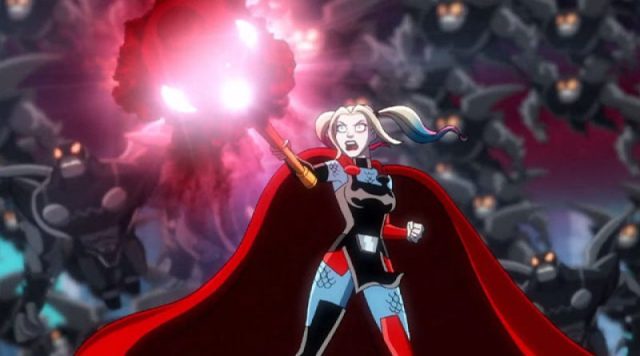 Even if it doesn’t ultimately recapture the dizzying highs that Harley Quinn has achieved over its past few episodes, “Inner (Para) Demons” nonetheless still makes for a pretty good episode overall, despite the core Apokolips storyline losing momentum towards its conclusion. The subplot between Ivy and Kite Man also hits a few too many familiar beats to stand out, even if Ivy continuing to stand by Kite Man is at least interesting, if also a little bittersweet, since it feels inevitable that Ivy’s marriage to Kite Man can’t possibly go through in the end. Harley, meanwhile, is continuing to deny her romantic feelings for her best friend, even ending this episode by declaring that she needs to help Ivy plan her bachelorette party. This appears to indicate that next week’s Harley Quinn episode is going all in on the Ivy/Kite Man engagement. While this is probably going to be a big step down in excitement from Apokolips, Darkseid and Parademons, it should hopefully continue to make the inevitable destruction of Ivy’s and Kite Man’s engagement at least easy to stay invested in, even when its ultimate result feels incredibly obvious.