Stargirl hasn’t paid a ton of attention to its villains so far. Even by its third episode, the majority of the Injustice Society of America still seems to be firmly in the background, playing second fiddle to the lead double act of Courtney and Pat. Fortunately, at least one Injustice Society villain finally gets his narrative due this week, namely Injustice Society leader, Icicle, a.k.a. Jordan Mahkent. This week’s episode, aptly titled, “Icicle”, does a pretty good job of showcasing Stargirl’s current arch-villain, eventually culminating in some shocking stakes for the show’s fledgling lead superhero and her stepfather, which in turn also lead to an interesting idea that sets the stage for the post-Crisis Earth-2’s heroic ensemble to come.

Alongside Icicle, a few other characters also get some better fleshing out this week, most notably Courtney’s sentimental, optimistic mother, Barbara, and Pat’s stubborn, somewhat rebellious son, Mike. Neither Barbara nor Mike are occupying much story focus, even now, but it was interesting to see Barbara in particular get in with the inner circle of the Injustice Society, even inadvertently, after she makes a suggestion regarding revitalization of the Blue Valley community. Mike, meanwhile, is threatened with a paper route after being suspended from school, giving us a bit more specific insight into Pat’s relationship with his son, even when the bulk of Stargirl’s storytelling seems to want to focus in on the Pat/Courtney dynamic most of all. 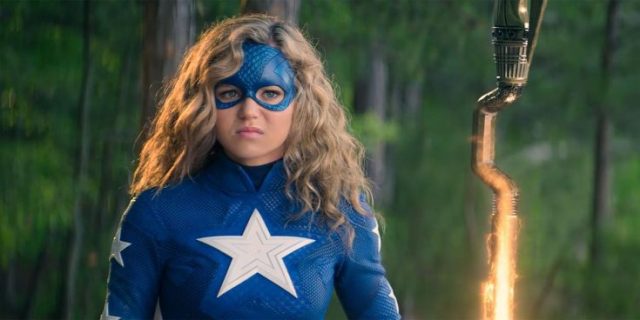 That dynamic also continues to move forward this week, as Pat continues to insist that Courtney not provoke the ISA any further. Courtney, naturally, is nonetheless determined to ignore Pat’s warnings though. Even then, rather than come off like a self-important punk from this behaviour, we start seeing more than ever this week that there’s a potent kindness and courage in Courtney’s character, even throughout her civilian identity. When a scandal at Blue Valley High further torments fellow student, Yolanda Montez, for example, Courtney attempts to lend a hand, only to be dismissed as the know-nothing, “New kid.” Shortly after, Courtney also befriends Cameron Mahkent, son of the eponymous Icicle, who witnessed his mother die at a young age, due to some currently-unknown incident involving toxic chemicals, a tragedy that also seems to be spurring the ISA agenda as a whole.

With Brainwave currently incapacitated, Henry King Jr. also faded into the background this week, with the Mahkent family instead taking the place of the King family in terms of the villain focus on Stargirl at this point. Thanks to this narrative shift, the Mahkent’s get some better fleshing out than the ISA-affiliated characters before them as well. Jordan, for example, is part of a project called, “The American Dream”, which aims to boost forgotten communities throughout America. Not only that, but this universe’s Injustice Society supposedly get their name because they want to fight what they perceive as injustice, rather than proudly wearing their super-villain alignment on their sleeves. We’re starting to see a deeper, more complex shade to Icicle and the Injustice Society here, and while the ISA still needs to be fleshed out more, the show is definitely taking steps in the right direction this week. 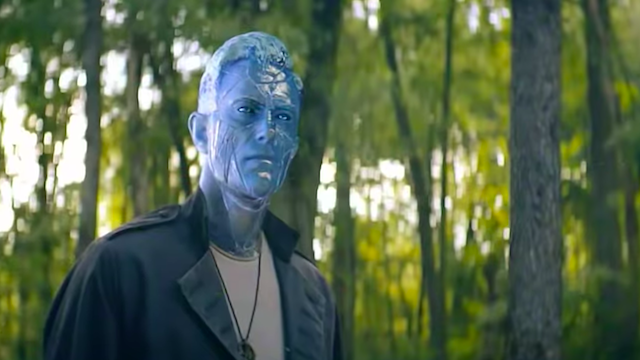 Unfortunately, the current lack of development for the majority of the ISA does continue to plague what’s otherwise a huge, dramatic moment for the show in this episode. After Courtney helps assure a struggling magic-loving student at Blue Valley High, Joey Zarick, son of ISA member, William Zarick, a.k.a. Wizard, the two strike up a bond. Joey also happens to be on a school bus that runs afoul of a battle between Stargirl, S.T.R.I.P.E. and Icicle as well, one that Stargirl and S.T.R.I.P.E. quickly lose, having to intervene to save a bus that’s about to skid off of a frozen bridge. Even after saving the students and driver however, Icicle blows a gust of wind that separates Joey’s magic playing cards from his hands, in turn leading to Joey being struck by an oncoming truck and killed. It’s a surprisingly sobering, harsh moment for Stargirl, one that nicely sets some more dangerous stakes behind the brewing battle against the ISA, establishing quickly that real lives are at stake, including those of fellow teenagers.

The problem is though, we don’t really know Joey that well, so his death doesn’t land with the impact that it potentially could have. Even when a grief-stricken William goes to confront Jordan with his Wizard wand, William in turn is quickly killed off, despite apparently being an important councilman in Blue Valley, and an ISA member. This makes the entire Wizard lineage feel disposable and pointless, even as the surviving wife and mother of the Zarick family, Denise Zarick, could potentially take up the wand, and become a new Wizard incarnation. For now though, some of the dramatic potency behind Joey’s and William’s deaths doesn’t land, and this is symptomatic of Stargirl’s ongoing problem with not currently knowing how to develop the ISA that well, at least outside of Jordan/Icicle at this point. 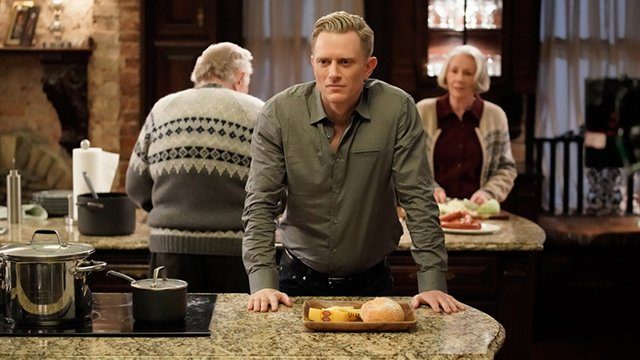 Fortunately, like I said, Joey’s premature death does have one upside, namely the fact that it motivates Pat to comfort Courtney by taking her to the old, abandoned JSA headquarters. Here, Courtney gets a look at some of the costumes and equipment left behind by the fallen JSA members, including Starman, Hourman, Doctor Mid-Nite, Doctor Fate, The Flash, Green Lantern, and Wildcat. Initially, Pat strongly discourages Courtney from interfering with the old JSA relics, but Courtney nonetheless poses a pointed question to Pat; If the JSA used to be uninitiated, and their tools have been left behind, couldn’t someone else logically take up their old mantles? Pat, naturally, is strongly against the idea of recruiting new JSA members, but, as expected, Courtney doesn’t listen to a word he says, ending this episode by grabbing all of the old JSA equipment, and asking the Cosmic Staff if it’s ready to meet some new recruits.

It’s pretty clear at this point that Courtney and Pat definitely can’t stop Icicle, let alone the rest of the ISA, on their own. Thus, it’s a smart idea to start laying a foundation for a new rendition of the JSA for Earth-2, a development that’s sure to sustain the majority of storytelling throughout Stargirl’s debut season. “Icicle” doesn’t completely fix the show’s persistent problem of having a currently bland, undeveloped ensemble of otherwise cool DC super-villains, but at least Icicle starts to come into his own as an antagonistic character here, while nicely helping to spur Courtney at least into wanting to put together a new JSA. Thus, it seems like Stargirl is beginning to find a more consistent groove on week three, taking its lovable tone and bringing it somewhere more focused and dramatic. The show’s large ensemble of characters is still mostly being overshadowed by Courtney and Pat, but now that Stargirl has had some time to find its footing, the series is starting to better gel, and hone its overall vision. Hopefully that positive momentum can continue in the weeks ahead, when Courtney starts inevitably filling out the ranks of her new JSA, Pat’s wishes be damned.

Stargirl 1.3: "Icicle" Review
Stargirl starts better coming into its own this week, nicely establishing arch-villain, Icicle, along with some surprising stakes for Courtney and Pat.
THE GOOD STUFF
THE NOT-SO-GOOD STUFF
2020-06-03
87%Overall Score
Reader Rating: (0 Votes)
0%