Doom Patrol has featured some truly enormous (if also bizarre) threats over the past couple of episodes, particularly here in Canada, where they aired back-to-back last week. Fortunately, now that the Canadian airings have caught up with the American airings once again, Doom Patrol can now stabilize, instead focusing on a more grounded storyline this week, one devoid of major threats for the most part. “Finger Patrol” is another episode that focuses in on the humanity behind the Doom Patrol members, building itself around smaller, more initially innocent story ideas. Inevitably though, several of these storylines eventually culminate in shocking tragedy, providing a great representation of good intentions spiraling out of control, which in turn brings Doom Patrol back to top form with its latest episode!

The slow burn storytelling this week is very inspired, taking an optimistic foundation for each storyline, and eventually taking it somewhere completely unexpected, whether played straight, or to somewhat comic effect. This effective story direction is best exemplified through Dorothy and Baby Doll, after Chief suggests that the two play together. This starts out great, with Dorothy finally getting a chance to play with someone closer to her age, including showing off some of her ‘imaginary’ friends. Once Dorothy becomes exhausted by Baby Doll’s incessant energy however, she begins to hide, which Chief subtly insists is not polite behaviour. 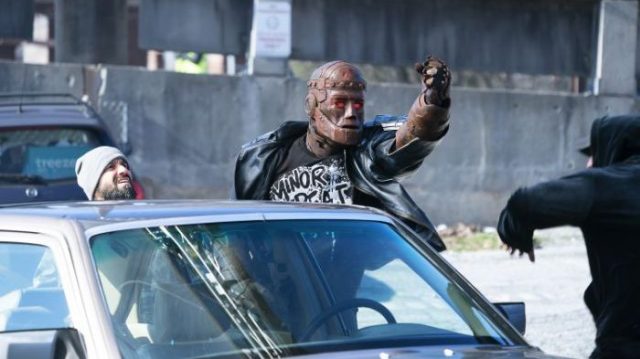 As you can imagine, a play time disagreement between two super-powered children is bound to end badly, but that big twist is saved for the end of this episode. The rest of the storytelling primarily centers around the various Doom Patrol members trying to recapture some sense of normalcy, attempting to separately come to terms with how their ‘accidents’ were manipulated by Chief in decades past. Rita kicks this off by attempting to audition for a community play, a play being written and directed by the assistant manager at a garden center. It’s not the most glamourous gig, but it remains uplifting to see Rita continuing to try and battle against her demons, even after she’s been forced to recall that her mother’s sordid affairs are what ultimately launched her acting career during her childhood.

Rita’s renewed acting initiative seems pretty unimpressive for the time being though, since she’s still working through a case of the yips, after what she’s recalled about her mother. Thus, Rita instead ends up being folded into Larry’s storyline this week, accompanying Larry to try and help reconnect with his family. This is one of the best plotlines of this episode as well, with Larry appearing to pick up right where he left off with the Trainor family members that he left behind, and even coming out to his son as gay after so many years away. Tragically though, Paul’s anger eventually overcomes him, and he ends up calling the government on Larry, only to witness his own son be accidentally gut shot, after Larry’s negative spirit is unleashed to take out the government agents. This obviously creates a big mess of things, with the negative spirit having to quickly fly Larry and Rita away, rendering Larry’s legacy of family abandonment ultimately unresolved. 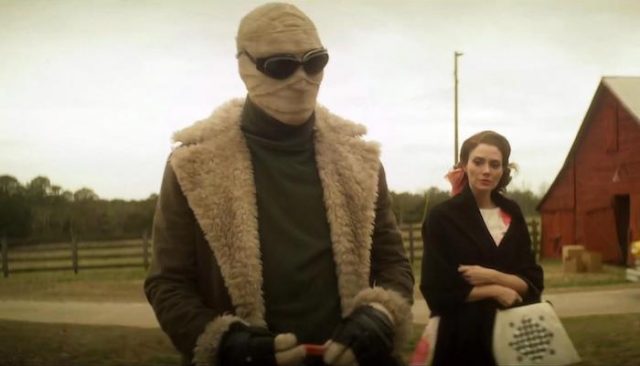 It really stung to see Larry come that close to a genuine family connection, only to find that his son’s anger is still too fresh to truly see Larry as anything other than an escaped lab experiment, and indeed a curse on the Trainor family. That marks the more serious end of this episode’s storytelling. On the flip side, Cliff accompanies Vic into Detroit to try and talk Silas into expediting a proposed sensory upgrade for Cliff, allowing him to feel touch again. Silas refuses to co-operate however, leaving Cliff to simply wait in the car while Vic goes to reconcile with Roni. There is at least one cool tease dropped here, when Roni admits to Vic that she used to work for The Quorum, a villain organization from DC Comics lore that’s dedicated to building an army of superhuman soldiers! Outside of that tease though, this Cliff/Vic storyline spends a bit too much time going in circles. Cliff does stop a car jacking in a humourous fashion, even getting away with one of the thieves’ fingers after he accidentally severs it, but Cliff and Vic didn’t quite keep pace with the rest of the storytelling this week, even if they did at least provide the most laughs.

Still, that minor shortcoming is ultimately a testament to how superbly written the rest of this episode is. Arguably the best twist eventually unfolds once Dorothy and Baby Doll meet again as well, at which point Baby Doll tells Dorothy that her father is a bad man, who hurt the residents of Doom Manor. Dorothy responds to this by luring Baby Doll into the slippery basement, making her fall, which in turn causes Baby Doll to use her telekinetic abilities on Dorothy, nearly burning her in a furnace! When Dorothy summons Manny to defend her as well, Baby Doll accidentally kills him, which leads to Dorothy unleashing the Candlemaker on the Underground! Jane’s personalities are thus forced to flee from the seemingly unstoppable Candlemaker, whom they’re helpless to repel. Worse still is that Baby Doll is ultimately killed by the Candlemaker in the final seconds of this episode, completing Dorothy’s latest sinister wish, and no doubt re-igniting concern in Chief that Dorothy may be too dangerous to allow around Doom Manor.

“Finger Patrol” marks another great chance to slow down Doom Patrol’s frequently crazy storytelling, and focus in on the lingering psychological issues behind its main characters. This is all the better when the team’s separate good intentions eventually spiral into unexpected tragedy, between Larry laying waste to an entire government platoon in self-defense, or Dorothy unleashing the Candlemaker in order to murder Baby Doll. These tragic twists are very effectively built up and executed, once again pulling the rug out from viewers, right when they think that the lead anti-heroes are making headway in their quest to become more human. Cliff and Vic didn’t make quite as much impact this week, by contrast, but Cliff’s hilariously failed attempt to be a good Samaritan, along with Vic learning that The Quorum exist in the Doom Patrol universe, still helped their storyline stay entertaining. As usual though, a more relaxed week can’t stick for this team, and sure enough, the Candlemaker being unleashed again is bound to create another eccentric obstacle for the Doom Patrol; An obstacle that could see one of their own in its crosshairs, since who knows what may happen to Jane, now that one of her many personalities has met a gruesome end.

Doom Patrol 2.5: "Finger Patrol" Review
Doom Patrol returns to top form with a more relaxed, slow burn storyline this week, as the team separately try to get a little more in touch with their humanity.
THE GOOD STUFF
THE NOT-SO-GOOD STUFF
2020-07-10
91%Overall Score
Reader Rating: (0 Votes)
0%