In their Games Showcase Thursday morning, Xbox showed off a first-look at 343 Industries’ Halo Infinite campaign.

The game, running in the studio’s own Slipspace Engine, shows off a section of the game “several hours into the Halo Infinite campaign,” according to Xbox Wire. After the Chief and a pilot are shot down by an anti-aircraft weapon, we see the hero clear through a series of Covenant enemies, including Jackals, Elites, Grunts, and Brutes.

New weapons such as the Covenant Ravager and VK78 Commando, alongside the classic MA40 assault rifle, are all shown off. The newest traversal mechanic in the game is the Grappleshot, a grappling hook of sorts, that can be used to ensnare enemies or reach different areas of an environment. It can also be used to pick up objects like plasma cells to lob at unsuspecting enemies, or as we saw in the trailer, to disable a turret’s energy shields. 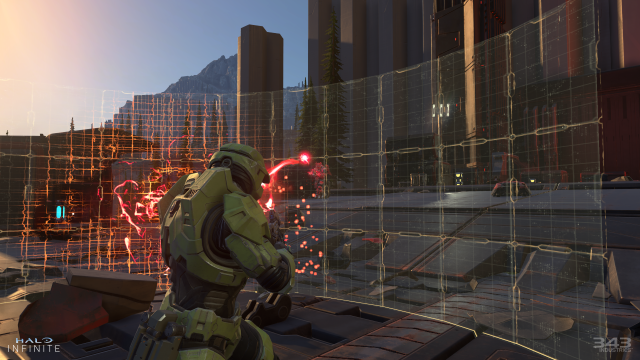 We weren’t treated to a ton of story beats, except to learn that the Banished, a rogue group of Brutes and other enemies first introduced in 2017’s Halo Wars 2, are the main enemy this time around. Whether we’ll be seeing other enemies factions like the Flood or the Prometheans remains to be seen.

With lots of talk of Halo Infinite being an open-world game, we also got the opportunity to check out the “Tacmap,” which provides an expanded view of the surrounding area and allows the Chief to set waypoints and targets. Whether or not it expands further than the immediate mission focus was not shown.

The level layout itself was very unique compared to previous Halo games. A lot of verticality in the environment in a way that we haven’t seen much of since Halo: Reach, and a lot tighter quarters for combat, but somehow still with enough space for a short Warthog run. Clearly lots of thoughtful level design here. 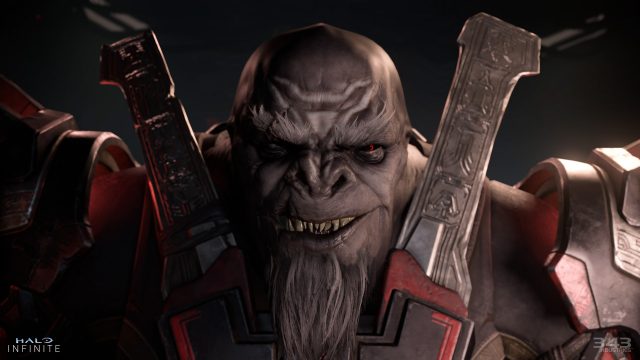 Fans have been clamouring for a gameplay reveal of Halo Infinite for a while now, and 343 Industries chose to show off some cool new mechanics, alongside old favourites such as driving the Warthog, but it is clear that this game also very much continues the established trope of accomplishing an objective in threes, as the Chief goes after three different anti-aircraft cannons in the demo.

We’re not entirely surprised by the return to the original Halo mould, as Halo 5: Guardians did not garner much favour since most of the game was spent playing Sergeant Locke as opposed to the Master Chief.

What other parts of Halo Infinite will harken back to the games of the past? We’re not quite sure yet, but with this eight-minute demo being just a short glimpse into the game, we’d bet there’s still a ton more to be revealed.