When gaming’s favourite bandicoot returns in Crash Bandicoot 4: It’s About Time, he’ll do so with nods to the decade that made him famous. One of these homages will come in the form of flashback levels, which were recently revealed through a press release and some screens.

The flashback levels are designed to challenge players’ puzzle solving and technical performing abilities. They also give fans even more ways to play. Through the collection of Flashback Tapes, players discover Crash and Coco’s origin story and experience Bandicoot training in Neo Cortex’s Test Chambers – but the task won’t be easy.

Crash Bandicoot 4: It’s About Time will bring nostalgia to current gen consoles on the 2nd of October. 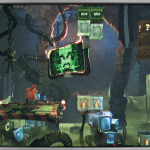 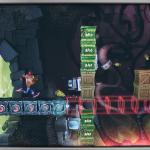