The Boys is attempting to dive deeper into its emotional stakes as of last week, which previously culminated with both Hughie and Butcher losing their better halves to the ongoing drama surrounding Vought and its super-powered thugs. This season’s latest episode, “We Gotta Go Now”, continues to build on these escalating emotional struggles for Butcher in particular, who finds himself revisiting a surprising connection in the wake of losing Becca, and attracting some trouble to it in the process. At the same time, Homelander spirals into his own crisis following a PR snafu, which leaves him questioning whether he can still be universally beloved by the world, something that also leads to a surprising new turn for both himself and Stormfront.

There’s still plenty of good ideas sustaining The Boys’ sophomore season in this latest episode, but sadly, “We Gotta Go Now” also feels like a bit of an awkward detour for Amazon’s acclaimed superhero satire. Because the season’s relationship arcs already feel faulty, dedicating a huge chunk of this latest episode to the show’s strained romances feels like a mistake. Even Frenchie’s own strained relationship with Kimiko is left to meander and accomplish nothing this week, after Kimiko is randomly hired by Cherie to perform hits on behalf of Albanian crime lords. When the hell did that happen?! Sure, Kimiko was also a hired assassin in the source comics, but the way this turn is presented in the show feels too random and contrived, as does the subsequent falling out that occurs between Kimiko and Frenchie, after Frenchie discovers what Kimiko has been up to with Cherie. 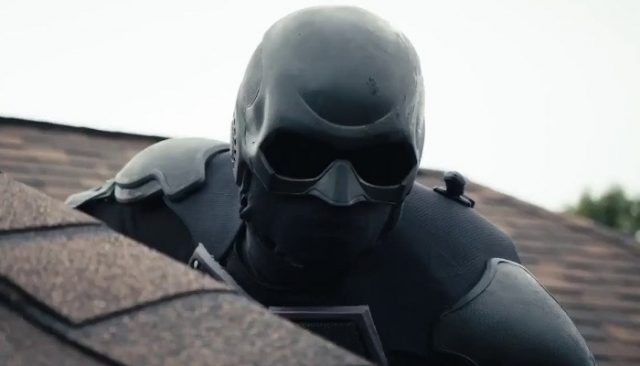 Butcher moping over Becca is also something that works to mixed effect, especially when this episode can’t seem to decide whether Butcher is going to be reckless, or run and hide. This does at least lead to a good core storyline for most of the Boys though, after Hughie deduces, with some help from Mother’s Milk, that Butcher is going to hide with his elderly aunt, who also happens to be the caretaker of Butcher’s English bulldog, Terror. Yes, Terror is finally making his way to the television adaptation of The Boys, and even if he’s a glorified Easter egg for fans of the source comics in this case, it’s still fun to see the TV version of Butcher’s lovably eccentric bond with Terror. This humourously ends with Butcher getting Terror a Homelander toy, for the express purpose of Terror to perform unspeakable acts on, a perfect ending to a frustratingly brief stint for Terror in The Boys’ TV universe.

Of course, this happy ending for Terror follows a big problem for the Boys, specifically when Black Noir tracks Butcher to his aunt’s house. Left to stare down a Supe that’s thoroughly impossible to stop, the Boys desperately try to buy time by faking a neighbourhood gas leak. This eventually allows them to team up with Butcher’s aunt, who just so happens to be running an underground drug ring (I guess Butcher’s family values aren’t unique to him!), and this in turn eventually inspires Butcher to try and sacrifice himself for the team. This is certainly noble on its own, but it’s extra satisfying when Hughie and Mother’s Milk impotently try to protect Butcher from Black Noir anyway, before Butcher successfully bargains with Mr. Edgar over a camera embedded in Black Noir’s helmet, promising to keep the secret of Homelander’s illegitimate son, in exchange for their lives. This ends up working, sparing the Boys from Black Noir’s wrath, and capping off an effectively tense story arc very well, thus returning the Boys and Vought to an uneasy stalemate, at least for the time being. 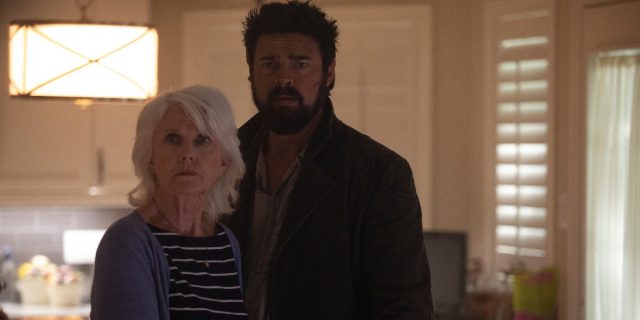 The bulk of this episode however instead centers around the movie set of fictional superhero blockbuster, Dawn of The Seven, where Vought’s surviving lead superheroes face their own series of off-camera conflicts. Some of these conflicts, namely those of Homelander and Stormfront, work pretty well, but most of the others feel disappointingly disposable, and don’t amount to much of anything. A-Train being forced to film his final public pledge for The Seven is currently pointless, for example, while Annie is left to witness Stormfront bonding with her mother, after Donna makes a surprising re-appearance on set. Again though, this doesn’t go anywhere, leaving Annie to wander around and not accomplish much this week, while also more or less forgetting about the fact that Annie inexplicably dumped Hughie last week. Sure, Annie isn’t supposed to be acknowledging that she’s in love with Hughie, but even then, she feels far too quiet about the supposed devastating emotional shakeup that she was forced to enact for both herself and Hughie during the previous episode. Finally, Queen Maeve also struggles with some image issues after being publicly outed as a lesbian, despite actually being bisexual (though Vought feels that being bisexual doesn’t sell enough, so they demand Maeve identify as a lesbian), but again, this currently goes nowhere, and just eats up runtime.

Despite most of The Seven simply wasting time this week though, Homelander and Stormfront continue to dominate their individual story arcs, like I said. Homelander is a particular highlight in this episode, wherein he decides to address a PR crisis by himself, following him accidentally killing a civilian while destroying a super-villain. Homelander ignoring Vought’s advice to stay quiet about the incident eventually leads to him being publicly denounced by a crowd amassed around Congresswoman Victoria Neuman, which then sends Homelander spiraling into a mid-life crisis. After Stormfront insists that Homelander man up and take the abuse however, the two end up beginning a violently sexual affair, which caps off this episode to the tune of Aerosmith’s, “Dream On”, in delightfully twisted fashion. The two most powerful and psychopathic superheroes that currently appear to exist in the world of The Boys hooking up, to destructive effect, feels all but inevitable, and their passion-driven alliance is fantastic, especially when it’s bound to make both Homelander and Stormfront all the more unstable and dangerous in the weeks ahead!

As for The Deep, he also gets another check-in at the Church of the Collective, but again, his subplot doesn’t move forward all that much, outside of a promising character alliance with Queen Maeve. Deep’s brief re-appearance this week simply exists to give us a first look at the Church of the Collective’s leader, Alastair Adana, while also confirming that Deep followed the advice of his spiritual guide, and married Cassandra. It’s too bad that most of The Seven felt wasted this week, as did Kimiko and Frenchie, sadly leading to what feels like a low point for The Boys’ second season so far. Still, “We Gotta Go Now” at least manages to pack in some strong thrills with the bulk of the Boys’ roster, after they’re forced to try and fend off Black Noir, while also continuing to deliver top-tier storytelling around Homelander and Stormfront. There’s three episodes left in Season Two, so The Boys has plenty of time to bounce back over the next few weeks, but it really needs to start re-focusing its storytelling. This is especially true where the romances are concerned, and that’s saying a lot when the unhinged, violently sexual affair between Homelander and Stormfront currently feels like the most interesting ‘relationship’ that The Boys has to offer.

The Boys 2.5: "We Gotta Go Now" Review
The Boys takes a bit of an awkward detour with Season Two's fifth episode, presenting exciting new developments for Butcher, Homelander and Stormfront, while many of the other story arcs falter in comparison.
THE GOOD STUFF
THE NOT-SO-GOOD STUFF
2020-09-21
74%Overall Score
Reader Rating: (0 Votes)
0%