Xbox Game Pass is about to have a few very good weeks.

Today, Microsoft revealed what’s coming — and what’s leaving — the Game Pass service in October. It’s an impressive list, too; at least on the ‘coming’ side.

DOOM Eternal will kick things off on October 1st, giving subscribers who haven’t a chance to play one of the year’s biggest (and most difficult) releases. It will then be joined by the metal infused Brutal Legend one week later. These won’t be the only ‘big’ titles heading the service’s way, as Forza Motorsport 7 will also race onto Game Pass next month.

It’s also important to note that Drake Hollow (PC) and ikenfell (console and PC) will also be added soon. 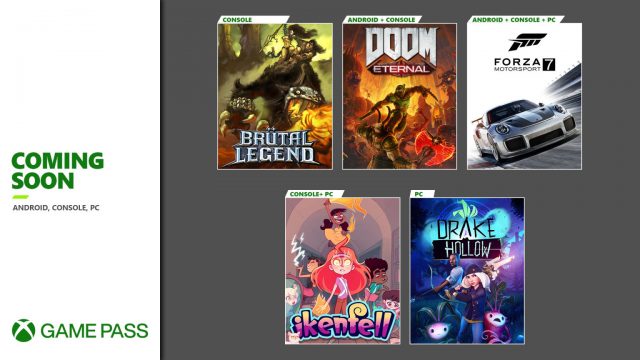 Now, as for what’s leaving Xbox Game Pass in October: