As a fan of horror, I’m always on the lookout for new and interesting takes on the genre, be they films, games or books. In recent years reading has become my main hobby, and the absolute wealth of horror fiction has become somewhat overwhelming. There are so many different books, authors and series that I would like to read and absorb, and I feel as if I’m way behind. For instance, Stephen King may be my favourite author, but I haven’t read most of his books because I’ve been saving them for better days, when my head is clearer and my attention span is better. I also keep finding new books of interest, be they at the library, online or at local thrift stores, and they sometimes take precedence in the moment.

A while back, I borrowed The Twisted Ones by T. Kingfisher from the library. I’d heard a good amount about it, but more in the way of opinions than details, which is a good thing. Hearing how much people liked it compelled me to borrow it, but I simply haven’t gotten to it yet. I did, however, receive a review copy of her new book, The Hollow Places, which just ended up being my first read of 2021.

For those who don’t know, T. Kingfisher is a pen name of one Ursula Vernon. An American author, she’s won awards for fiction and short stories, and seems to have done a lot of writing for younger audiences. However, what she publishes under this pen name is certainly not for young eyes and undeveloped brains. It’s weird, dark and violent.

The Hollow Places begins with a young, 34 year-old woman returning home to Hog Chapel, North Carolina, following her divorce. Sad and close to penniless, she recounts how her Uncle Earl offered her a place to stay at his weird museum; a place that she spent many years working in as a child. The Wonder Museum, as it’s shortened to, actually has a much longer name that has to do with oddities, curiosities, wonders and miracles, but it’s mostly just referred to as that. It’s one of those roadside type of attractions you’d expect to find in the middle of nowhere America, complete with old taxidermy, odd artwork (like a sunflower seed Pope) and all the weirdness you can imagine.

A tourist spot, The Wonder Museum feels more like home to Kara (‘Carrot’) — she of no last name or much in the way of a visual description — who appreciatively takes her mom’s brother up on his offer and moves into the spare room. She’s happy she’s done so, too, because Uncle Earl is only able to hobble around on his bad knees and needs a good amount of help. In fact, shortly after Kara arrives, Uncle Earl finds out that he needs to have knee surgery and ends up taking a good amount of time off for recovery, leaving her in charge of the shop. This would normally be fine, but something weird, hard to explain and wholly unimaginable occurs. 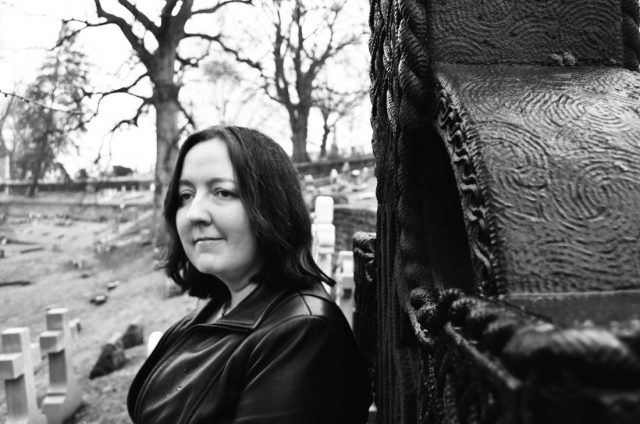 Shortly after Earl has his surgery, a surprising hole appears in the upstairs wall. It seems that a tourist may have knocked something over, or put their elbow through the wallboard, and then run out the door without saying anything. Kara and her friend Simon — a cross-dressing queen who runs the coffee shop next door — go to fix the hole, then notice something strange about it. That is, the fact that a concrete hallway can be seen through it. A hallway that should not exist given the size of the building and its geometry. Of course, they end up deciding to go inside, and find that things are even stranger in there.

As you may have guessed, The Hollow Places by T. Kingfisher is a portal fantasy/horror story, in the vein of Seanan McGuire’s fantastic Wayward Children series of novellas. As someone who doesn’t normally like fantasy, I was surprised by how much I thoroughly enjoyed the latter. This book? Well, I didn’t like it nearly as much, but it was still a solid and interesting read.

On the other side of the hole lays a cement bunker, and outside the bunker door lays another world. One with strange, world bending monsters, copious amounts of odd willow trees and some dead bodies. What is it? Some sort of hub? Another dimension?

I can’t say much more about the plot without spoiling it, but you should know that this becomes a strange read. As such it won’t be for everyone. This is the kind of book that requires you to suspend some belief and just enjoy the ride. Weird things happen, and it can be hard to wrap one’s brain around how, but that’s part of the fun and uniqueness of this novel.

For the sake of complete transparency, I must admit that I’d read some negative things about The Hollow Places before starting it. I’ve had the book for a couple of months now, but was simply too busy with other things to read it until now. In the meantime, I’d discovered that some Redditors weren’t too happy with it, although its GoodReads score is pretty good. That said, I enjoyed it for the most part. It’s a solid book, which gets a bit too crazy for its own good, but is still worth a read if you’re into this kind of thing. It’s certainly not the best I’ve ever read, but it’s something I’m glad I did read and will not forget.

For the most part, this is a well written story. I didn’t really notice any errors, and had no problem reading or understanding it outside of a couple of odd jumps from one setting to another. It was written in first person, as Kara recounted what happened, and was easy to follow.

At the end of the day, T. Kingfisher’s The Hollow Places is an interesting and solid, but unspectacular read. If you’re looking for something unique, it’s worth checking out. It definitely won’t be for everyone, but I enjoyed it. It hooked me from the beginning, but did become a bit tedious near the end.

I look forward to reading The Twisted Ones soon.

This review is based on a copy of the book that we were provided by its publisher.