Batwoman’s back in the rough it seems, and that didn’t wholly improve this week, unfortunately. “Do Not Resuscitate” at least ends up being a better episode than last week’s especially frustrating, “Gore on Canvas”, due largely to a pretty cool villain-of-the-week plot, as well as a surprise reckoning for the Kane family, especially Mary. Yet again though, Ryan ends up being an infuriating weak link in the storytelling, especially when the show has to contrive more ridiculous relationship drama between her and Angelique. Hell, even Alice and Ocean hit a bit of a speed bump this week, largely wasting away within a subplot that just circles around an obnoxious fact; Safiyah tampered with their memories.

The decline in quality for Alice’s subplot this week is probably one of the more bitter pills to swallow in this case. Ryan’s still occupying the bulk of bad storytelling on Batwoman at this point, but Alice has been a refreshing exception, spearheading the best developments surrounding Coryana and the Desert Rose, and continuing to provide a wickedly charming performance from Rachel Skarsten. Unfortunately, not even that could ultimately salvage a tedious will they/won’t they arc with Alice and Ocean this week, as Alice spends this entire episode arguing with herself, Ocean and Safiyah about her very obvious romantic tryst with Ocean on Coryana. The idea that Safiyah tampered with Alice’s and Ocean’s memories could have been interesting, but it’s just delivered badly here, especially when Safiyah effectively spins the argument to state that she was doing Alice a favour by wiping her memories of a man she has to kill. Alice nonetheless finds a way around this, seemingly by creating a false Ocean face on a random body, while the real Ocean goes free, but this twist probably would have landed a lot better if there was any actual suspense behind Alice deliberating Ocean’s fate.

At least Alice has been mostly pulling her weight in the narrative during most of this season though, and last season, frankly. One can’t say the same about Ryan, who is once again forced into an irritating subplot with Sophie, and yet another irritating conflict with Team Batwoman. Well, mainly Luke this week. Mary instead ends up indisposed with Jacob, after the two are targeted on the road, and subsequently kidnapped. Waking up within Mary’s clinic, the two then end up being greeted by an unhinged, confused man named Aaron Helzinger, who is prone to random fits of rage and violence. If you’re an avid Batman/DC fan, you’ll no doubt recognize Helzinger as minor Batman Family villain, Amygdala, another obscure face from Batman’s lesser Rogues Gallery that’s been plucked for use in Batwoman, since all of the best Batman Family villains appear to be off-limits to the show at this point.

Fortunately, Amygdala, despite his Arrowverse incarnation being noticeably less hulking and powerful than his comic book inspiration, is actually portrayed very well in this episode. His tense hostage subplot with Mary and Jacob actually turns out to be the strongest part of this episode in fact, delivering legitimate suspense and dread, as Amygdala tries to ply information on Coryana out of the two Kane family members. Even better is the shocking reveal that Hamilton Dynamics was secretly experimenting on Amygdala’s damaged brain, with the late Catherine Hamilton-Kane supposedly signing off on it! This forces Mary and Jacob to confront a very bitter truth about Catherine, even as Batwoman intervenes to save the two of them from Amygdala, only to have the true map to Coryana seized by Hamilton Dynamics’ doctors.

This plays into Sophie conveniently finding her way to Ocean by forcing Ryan to tap Angelique’s phone. That’s fair enough, I suppose, but the core Ryan storytelling throughout this episode is once again the weakest, most frustrating part of the narrative. Not only does Ryan continue to be entitled, unlikable and immature, which makes it difficult to care about the equally self-absorbed Angelique (frankly, they’re both awful romantic partners, and as such, they deserve each other!), but Ryan’s Kryptonite wound also finally comes out to Luke, after Ryan nearly collapses in the Bat Cave. Ryan tries to make some pathetic excuse about how she had to measure up to Kate, and as such, hid her Kryptonite injury from Team Batwoman, but all this does is solidify Ryan as a self-important, negligent poser that was hiding a lethal condition from her teammates, for literally no reason, other than cheap drama! This gets even worse when Luke tries to claim later that this blatantly bad decision makes Ryan heroic. No, it doesn’t! It makes her a reckless idiot that has no business being part of a superhero team, because she’s a narcissist, and can’t stop putting her personal feelings ahead of her responsibilities as a Batwoman successor!

This perfectly exemplifies why Batwoman is in worse shape than ever, following original star, Ruby Rose’s departure; Ryan is a poorly-written lead character. She’s too naive to have believable street smarts, she’s too stupid to come off as a competent superhero, and she’s too self-absorbed to feel inspiring or genuinely caring. Batwoman’s characters keep trying to tell us about how noble, brave and cool Ryan supposedly is, but this completely doesn’t work, because it violates a core tenet of storytelling on film– Show, don’t tell! Actions speak louder than words, and Ryan’s actions have so far portrayed her as a bumbling liability. This would be fine, if Batwoman wasn’t constantly trying to have its cake and eat it too, namely by trying to realistically portray a struggling superhero successor, while also refusing to truly challenge her, or ever question if she’s in the wrong. 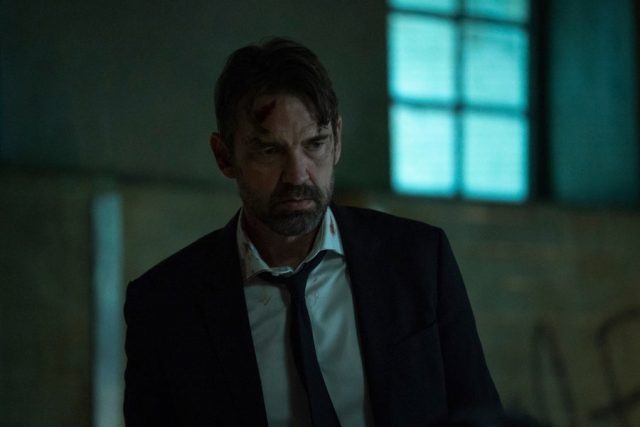 Something drawing even more attention to this as well is the fact that, in being forced to discover Mary’s underground clinic, Jacob ultimately shuts the clinic down, which is long overdue, and feels very valid as a dramatic turn. Mary predictably throws a tantrum about this, claiming that she’s done good, especially when most Gotham citizens can’t afford medical treatment, but, the shitty reality is, Jacob’s argument is 100% correct; Mary is unqualified, hasn’t completed her studies, is unlawfully posing as a medical authority, is unethically stealing medical supplies from a hospital, and, worst of all, is senselessly putting herself (and probably her family too!) in danger by refusing to vet her patients! At best, she’s going to be sued for malpractice, probably several times, and at worst, she’ll be thrown in prison for many years (not to mention expelled from Gotham U, and probably blacklisted from any other medical school!), where she can’t help Batwoman or Gotham’s medically desperate citizens! Jacob really summed this situation up perfectly when he stated that Mary is a hypocrite for scrutinizing her mother’s formerly secret human experiments, despite every patient that walks into her clinic effectively also being a human experiment, because Mary is not a real doctor, at least not yet!

The latest Jacob/Mary rift, along with the latest shady secret in the Kane family tree being revealed in gut-wrenching fashion, is an example of legitimately effective, well-executed drama on Batwoman, especially when Mary is rightfully called out for her underground clinic being negligent and unethical, even if her heart was in the right place. Despite a really good turn there though, one made even better by a strong portrayal of a lesser-known Batman Family villain, Ryan continues to be a blight on Batwoman’s storytelling, and a poor successor for an already shaky former lead character! “Do Not Resuscitate” at least fixes some of the narrative problems from last week, but even Alice and Ocean were given a lacklustre subplot in this case. Hamilton Dynamics joining the race to Coryana certainly has some promise, but the show needs to find a way to better tie in Angelique’s connection to the False Face Society, who are presumably still running unchecked in Gotham at this point! Batwoman is taking next week off though (ironically just in time for Pennyworth’s return next Sunday!), so hopefully the show’s writing will use that small gap to better tighten Ryan’s and Angelique’s arcs especially.

Batwoman 2.6: "Do Not Resuscitate" Review
Batwoman slightly improves this week, thanks to a legitimately great conflict for Mary and Jacob, but any drama surrounding Ryan continues to be a blight on the show's storytelling.
THE GOOD STUFF
THE NOT-SO-GOOD STUFF
2021-03-01
73%Overall Score
Reader Rating: (0 Votes)
0%