The Flash has returned following a brief Spring hiatus, and with that comes a major event that this entire season has been building up to– Frost going on trial for her former crimes as Killer Frost. This week’s newest episode, “The People V. Killer Frost”, sees Frost face the judgment of both Kristen Kramer and a Central City courtroom, with Frost ultimately pleading out and forgoing a trial, in the hopes of receiving a reduced sentence. Unexpectedly however, Kramer’s agenda against Frost takes a challenging new turn. While that’s going on, Barry ends up occupied with Nora on a separate mission, as the two investigate an anomaly related to the Strength Force in Keystone City.

Considering the awkward introduction of Chillblaine from The Flash’s previous episode especially, it’s natural to worry that the climax of Frost’s trial would disappoint. Surprisingly though, not only does the trial deliver in terms of drama and character development for both Caitlin and Frost, but it even punctuates what’s arguably The Flash’s best Season 7 episode so far! Even the subplots excel here, often taking dramatic, unpredictable turns, while setting up a stark new threat to Team Flash, just in time for them to be short-handed. Yes, as you can no doubt imagine, Frost’s trial has a bittersweet conclusion that will change The Flash’s dynamic forever, even if it also manages to avoid a far worse precedent being set for Central City’s metahuman population.

The circumstances leading up to Frost’s trial may have felt a bit contrived at times, but the trial itself is fantastic, especially in how effectively it plays with viewer expectations. Where the suspense really comes into focus is the point where Kramer convinces the prosecution to move for Frost to be forced to take the metahuman cure, citing that American felons aren’t allowed to own firearms in the U.S., so why should metahuman powers be treated differently? It’s a compelling debate, and one that I wish The Flash had focused on a bit more beyond this one episode. At least there’s plenty of drama mined from the very real possibility of Frost being hurt or killed by having to take the cure however, since she’s comprised of pure meta DNA, extracted from Caitlin.

Even when Caitlin’s mother eventually determines that Frost won’t die if she takes the cure, there’s still plenty of drama surrounding Frost staring down a dangerous precedent for metahumans that are put on trial for any reason. After all, if Frost is forced to take the metahuman cure, it will permanently set a precedent that any convicted metahuman may be forced to take a cure that was designed to be voluntary. This is actually very clever, and it goes nicely with the big reveal behind Kramer’s vendetta against Frost; She’s intentionally trying to set the metahuman cure precedent because her former military squad ended up being betrayed and killed by a metahuman, and the current laws prevented the neutralization of said metahuman. It’s nicely emotional, morally complicated, and most importantly, it actually makes sense, which is more than many of the social justice debates posited by the Arrowverse tend to provide. 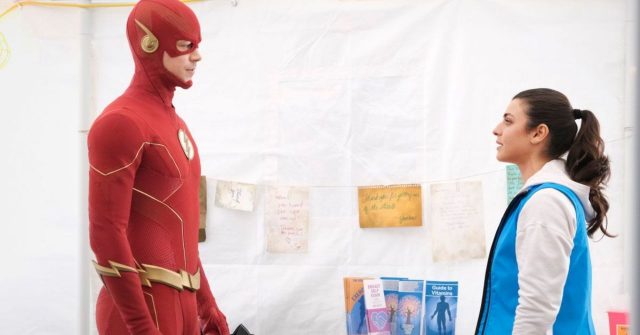 In another tragic twist, the well-meaning efforts of Cisco, Allegra and Caitlin to sabotage the cure, despite Frost’s objections, only end up sealing Frost’s fate. Once the prosecution gets wind of Team Flash tampering with the cure supply at the CCPD building, the judge decides that Frost is guilty, even when Caitlin attempts to confess in court that she spearheaded the cure sabotage. Even worse is that A.R.G.U.S. supplied Kramer and the prosecution with more mass-produced metahuman cures, which eventually leads to Frost proposing she get life in prison without parole, rather than be forced to take the cure. Okay, this is the one part of the trial that’s a bit contrived, especially since I’m pretty sure that the law has statues of limitations and maximum penalties, and judges can’t just give someone life in prison because they feel like it. Regardless, the judge agrees to Frost’s request, and sentences her to life in prison without parole, thus sparing metahumans from being forced to take the cure if they’re prosecuted, even if it’s at the permanent cost of Frost’s freedom.

Frost being in prison no doubt means that she’ll be off-limits to Team Flash for the foreseeable future, if not forever. That’s legitimately heartbreaking, especially after Caitlin had finally started to find common ground with her ‘sister’. Not only was the theme of metahuman ethics explored well here however, but it also nicely came into play during Barry’s and Nora’s Keystone City subplot, where they discover Strength Force isotopic readings surrounding a young woman named Alexa Rivera. DC Comics fans who are familiar with the Strength Force from the printed panels will quickly deduce that this is the Arrowverse’s take on Alexa Antigone, DC Comics’ Strength Force avatar, but regardless, Alexa is quickly offended by Nora’s pushiness, and refuses to talk to Barry and Nora, insisting that they leave her volunteer tent.

When Barry returns as The Flash however, Alexa confesses that she used to be an addict, only to turn to volunteering and charity work after getting clean. Worse still is that Alexa has had blackouts, and remembered being very angry at Abra Kadabra after he destroyed her charity’s construction efforts. This all but confirms Barry’s worst suspicions, but regardless, he and Iris insist that Alexa volunteer to be scanned at S.T.A.R. Labs, which she does. When Barry and Iris inevitably discover that Alexa has indeed been empowered by the Strength Force however, Nora surprisingly turns on her, blasting her to death before Barry can fully intervene, at which point Nora absorbs the Strength Force, and vanishes! This is another fantastic story turn, one that spotlights a surprising new dark side for the Speed Force! You could make the case that Nora may be acting out of self-preservation, but her lethal methods could also suggest that something more sinister is afoot, especially considering teases that Barry and his friends might be being played through the guise of a friendly face. 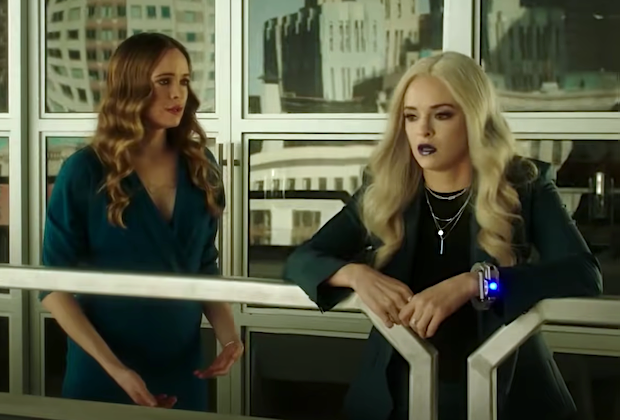 “The People V. Killer Frost” finally has The Flash soaring to another dramatic high point, even if this episode’s rushed ending can be a little irksome. After Frost is permanently sent off to prison, Kramer simply leaves Central City most notably, at which point she and Joe exchange begrudging respect for one another’s commitment to the law. Like I said, the leadup to Frost’s trial didn’t always add up, but its execution and result still feels very tragic and meaningful for the show, especially now that Frost can seemingly no longer help her friends against the coming threats they’ll eventually face. On that note, Nora’s shockingly dark turn, and cold-blooded murder of Alexa Rivera, also creates an excellent dramatic obstacle for Barry and his friends. The Speed Force has always been portrayed as a benevolent figure up to this point, and seeing it take an innocent life, even out of self-preservation, is a very disconcerting development. The question is then, is ‘Nora’ truly the embodiment of the Speed Force? Or, is there something else unfolding that goes way beyond the sudden rise of the Opposing Forces?

The Flash 7.8: "The People V. Killer Frost" Review
The Flash finally returns with arguably Season 7's best episode to date this week, as Frost faces sentencing for her former crimes, while Barry and Nora meet the avatar of the Strength Force.
THE GOOD STUFF
THE NOT-SO-GOOD STUFF
2021-05-05
90%Overall Score
Reader Rating: (0 Votes)
0%