Fear the Walking Dead hit an awesome high note last week, thanks to the unexpected introduction of the late John Dorie’s father, John Dorie Sr. Amazingly, the show got even better this week as well, helping to compensate for a rare week off in Fear the Walking Dead’s schedule next week, as the series sits out next Sunday due to the observation of Memorial Day in its native U.S. “Mother” excellently put the finishing touches on Teddy’s evolution as an arch-villain, while also putting Alicia’s faith in her fellow survivors to the test like never before. This comes by way of a surprise reunion and link to Alicia’s past, as she takes center stage for Fear the Walking Dead’s latest anthology arc this week.

As its title suggests, “Mother” revolves heavily around Alicia revisiting her painful past, as she must once again confront the tragic loss of Madison from years ago. Apparently, Teddy also has a deep-rooted attachment to his mother to boot, which seemingly motivates him to bring Alicia along on a journey to reclaim his mother’s body from a mausoleum, and subsequently discover the Doomsday Cult’s new home, as Teddy prepares to put the final steps of his mysterious plan into action. Not only that, but Dakota also ends up coming along on this mission, after seemingly stowing away with a bunch of recruits, apparently in an effort to liberate Alicia from the Doomsday Cult’s grip. This is also fitting and appropriate, considering that Dakota lost her own mother much more recently. 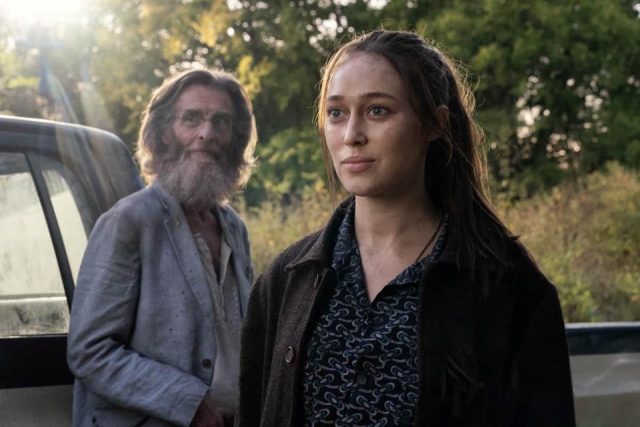 This trio of dueling perspectives creates a fantastic moral grey for this week’s storytelling, especially as Teddy’s attempts to ‘program’ Alicia to his side continue to strain Alicia’s principles. Teddy is rapidly on track to become one of the best antagonists in Fear the Walking Dead’s history at this point, and that’s thanks largely due to how the character is both unpredictable and simultaneously consistent in his outwardly deranged beliefs about the walker apocalypse. Teddy driving by the ruins of Madison’s former stadium community naturally puts Alicia on edge, on this note, but the real challenge was yet to come! After their truck is disabled by a spike strip, Alicia, Teddy and Dakota have to fight off several walkers, at which point they’re saved by a man with a shotgun. Oh, but it’s not just any man; It’s Cole, one of Madison’s old survivor allies from the days of the stadium community!

This latest unexpected reunion seems to create some necessary hope for Alicia, proving that her mother was right to want to save people, and that Teddy is wrong for seemingly wanting to lay waste to the entire world. That made this episode’s next gut punch all the more brutal, namely when it’s soon after revealed that Cole, alongside other legacy survivors, Doug and Viv, ultimately became bandits, and formed a new group of hostile survivors after Madison’s sacrifice saved their lives. This once again puts Alicia on her back foot, though Teddy is strangely unbothered. Part of this is no doubt due to the fact that, even if Teddy, Alicia and Dakota are all killed here, Teddy’s plan seemingly can’t be stopped at this point. Cole and his group may be naturally oblivious to it, but once again, Teddy’s plan involves the, “Key to the Future” that’s been foreshadowed since Maggie first encountered Georgie on the flagship Walking Dead series, and this seems to confirm that Teddy’s plan has been in motion for years at this point! 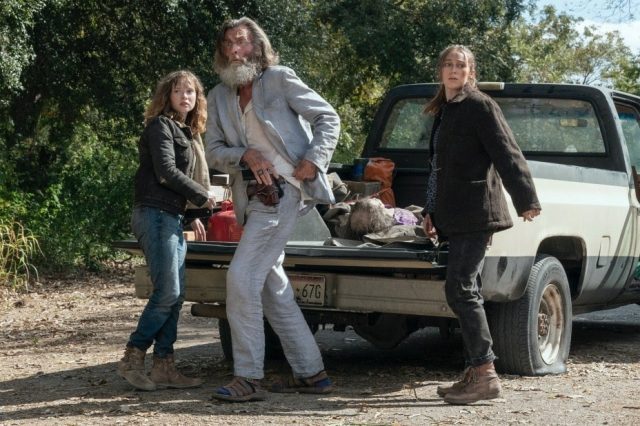 Thanks to some well-timed walkers, Alicia, Teddy and Dakota are ultimately able to escape their capture under Cole’s forces, with all of the bandits, including Doug and Viv, being eaten by the walkers, while Alicia holds Cole at gunpoint. This would seem to be a defining moment for Alicia’s struggle to resist Teddy’s dogma, and it would seem that Alicia is successfully won over to Teddy’s side at first, as she shoots Cole in the head, declaring that people like him wasted their second chance, and need to be destroyed. In the end though, Alicia also continues to hold true to her principles, ultimately continuing to resist Teddy’s apparent demands for her part in this new world.

Alas, however, even Alicia’s unmovable character is ultimately part of Teddy’s plan. As it turns out, Teddy’s mission to retrieve his mother’s corpse and move it to a shelter is fake (the body they stole isn’t even Teddy’s mother!), and Teddy was actually hoping that Alicia would resist his temptations of destruction, even after witnessing dead survivors that her mother saved, a plan that turned out even better than Teddy hoped when it was revealed that Cole, Doug and Viv survived, and all went bad. Through consistently trying to reject Teddy, Alicia ironically passed Teddy’s test, even as Dakota seemingly turns on Alicia, stating that Teddy can offer her the fresh start that she needs. This is the one point of this episode that felt a little predictable, admittedly, especially when Dakota’s reasons for betraying Alicia here aren’t really well set up. On top of that, Dakota already performed one dramatic betrayal when she killed John earlier this season, so having her try the same thing on Alicia amounts to a diminishing return in the narrative in this case. 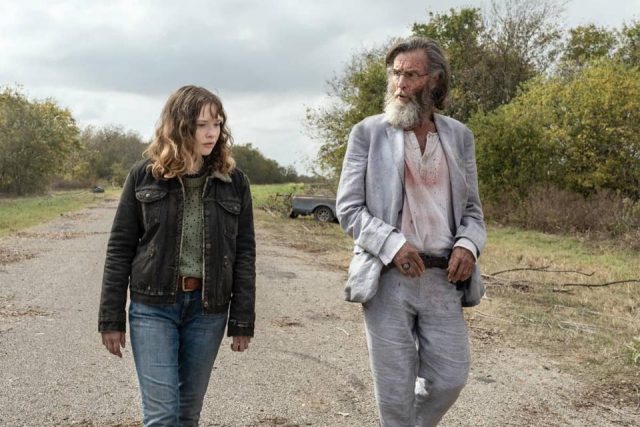 In the end though, this is entirely moot, because Alicia is ultimately led to a fallout shelter and imprisoned during the final seconds of this episode, with Teddy being overjoyed that Alicia isn’t destructive and selfish like Cole’s group, and the many hostile survivors like them across the world. This dark, yet beautifully unpredictable turn is also complemented exceptionally by the true nature of the keys finally being revealed by Teddy as a ‘reward’ for his approval of Alicia– They’re actually the keys to a beached nuclear submarine, which can launch a missile that will wipe out anything in the general vicinity, walkers, survivors, nature, everything! This pretty much explains why Teddy’s group is in conflict with the CRM, who appear to be working on a cure for the Walker Virus, according to the apparent evidence presented by The Walking Dead: World Beyond. Even more exciting however is the implication that Maggie’s work with Georgie on the flagship Walking Dead series might have much darker implications than fans previously predicted!

Thus, I have a prediction about what AMC’s Walking Dead TV universe seems to be building towards at this point; A country-spanning, possibly global-spanning conflict between two ‘ultra factions’, those being the CRM, and whatever operation Teddy belongs to. Oh yes, I’m predicting that Teddy is just one part of a much larger plot, a plot that also includes Georgie, and the already-confirmed seventh season of Fear the Walking Dead will likely reveal this. These ‘ultra factions’ are likely at war over two extreme solutions to the Walker Virus, with the CRM wanting to cure the walker epidemic and restart society exactly the way it was before the walker apocalypse (even if The Walking Dead: World Beyond would have you believe that the CRM are too brutal and murderous to truly be heroes), while Teddy’s faction, if I’m correct about it being much bigger than Teddy, wants to nuke the post-apocalyptic world and effectively erase it. Eventually, this would theoretically allow a select group of survivors, which now includes Alicia (and probably Rick from the flagship Walking Dead series), to eventually emerge from shelters, and build a better world that’s devoid of the problems that plagued the old world, i.e. the real world that we live in.

Even as AMC’s flagship Walking Dead series and The Walking Dead: World Beyond approach their endings, with only Fear the Walking Dead not having a series finale plan mapped out yet, it would seem that the Walking Dead TV universe is defying its diminishing audience with a truly massive conflict to come. That’s just one of many excellent high points throughout, “Mother” however, another of the best Fear the Walking Dead episodes that this standout season has delivered! Teddy continues to soar as a conniving villain that truly believes himself to be the hero that the walker apocalypse needs, and Alicia’s stubborn efforts to resist Teddy playing right into his hands led into a wonderfully ironic, potently tragic conclusion, one that leaves Strand with only one crucial hint about how Teddy plans to nuke the world. I imagine then that the race will officially be on for Morgan’s group in a couple of weeks, when Fear the Walking Dead returns for Season 6’s two remaining episodes in June, but as I mentioned, I don’t know if defeating Teddy will truly make a difference, just as he predicts. After all, if Teddy is indeed just one agent in a sprawling faction of people that think the only way to save the world is to fully destroy it, Morgan’s group has far bigger problems than one serial-killing mortician. Hell, so does Alexandria, Oceanside, the Commonwealth, wherever Leo Bennett is holed up, and anyone else that’s still attempting to make it in the world of the walker apocalypse at this point!