Loki sure hit the ground running with last week’s series premiere, presenting a weird, colourful first look at the Marvel Cinematic Universe’s Time Variance Authority, a timeline-policing organization that Loki provoked the attention of by slipping away with the Tesseract during Avengers: Endgame’s alternate 2012 segment. After managing to talk his way out of being reset in the timeline as well, Loki is taking up a temporary work position with the TVA, after TVA agent, Mobius M. Mobius confesses to Loki that the organization is hunting a time variant that just so happens to be an alternate version of Loki. “The Variant” thus explores the first steps of Loki as a TVA trainee, and a begrudging partner to Mobius, as Loki’s alternate self continues to cause more trouble for the MCU’s ‘sacred timeline’, taking out yet more TVA agents in the process.

The Loki variant’s latest attack kicks off this episode, unfolding at a 1985-era renaissance fair, in a clever opening gag that initially appears to foreshadow a further trip to the past. With the Loki variant taking his first hostage as well, his M.O. changes, in turn motivating Mobius to start trusting Loki to provide more intel to the TVA in earnest. This is the first step in something of an entertaining battle of wits between Loki and Mobius, with this second episode of Loki focusing pretty much entirely on developing these two as time-hopping detective partners. Loki even tries to trick Mobius and his agents right from the jump, only for Mobius to see through it. Once again, Loki’s initially devious abilities appear to be all but useless in the TVA’s world, despite the fact that Loki, alongside the entire TVA, is ironically being shown up by another version of himself.

The interactions between Loki and Mobius throughout this episode are great, especially through how they develop Mobius’ character. We start to see that Mobius may be torn between the tedious bureaucracy of the TVA, and the chaos-loving nature of Loki, something that teases a freedom for Mobius that Loki himself craves, as a stooge of fate. Loki and Mobius even grow to legitimately trust each other over the course of this episode, which makes its final turn all the more exciting. That said however, it’s also true that this second Loki episode doesn’t quite have the same creative, eccentric appeal as its first episode. The show has already settled into something of a groove for now, presenting itself as a kooky detective-style mystery, one that’s still funny, but otherwise unfolds in a more straightforward fashion than Loki’s first steps in the TVA did.

The multiverse-themed mystery behind Loki’s events is nonetheless pretty cool though, especially when it manages to take some more unique turns in contrast to the more blatantly dry detective work that Loki and Mobius have to juggle together. Loki proves to be surprisingly helpful in the hunt for his variant self as well, most notably through his deduction that the variant Loki would logically be hiding within an apocalypse scenario, which would allow his actions to be shielded by the eyes of the TVA, on account of any destruction scenario making actions within said scenario not mean anything, nor branch the timeline. This is the closest that this second Loki episode gets to being more off-the-wall and zany, particularly when Loki proves his theory by initially ruining Mobius’ lunch, before later outing the TVA and making a spectacle of himself during the destruction of Pompeii in 79 A.D. Like I said, the comically tense, yet witty interactions between Loki and Mobius throughout this episode are all great, though they can sometimes suffer from the more boilerplate detective storytelling in this case.

This episode’s slower pacing and more straightforward scenarios nonetheless add up to a compelling final twist though, once the combination of Loki’s deduction work, and Mobius’ gum that he found in 16th Century France, reveal that the Loki variant is hiding out within an Alabama hurricane disaster that’s set to unfold in future-era 2050. The variant Loki’s base also happens to be within a ‘Roxxcart’ big box store, possibly suggesting that crooked Marvel energy corporation, Roxxon will eventually expand beyond petrol-based energy production in the future. Some may also take the appearance of a Roxxcart store here as a hint that some of the MCU’s former Marvel Television shows, such as Daredevil and Cloak & Dagger, may still be part of MCU canon, since they featured a similarly-branded Roxxon corporation. Then again, the Iron Man movie trilogy and ABC’s Agent Carter series, both of which are definitely part of MCU canon, also featured Roxxon in some capacity, so Roxxcart may not ultimately pertain to the burning question of whether shows like Cloak & Dagger, Runaways, Agents of S.H.I.E.L.D. and Marvel’s Netflix shows are still part of the MCU’s official continuity or not. 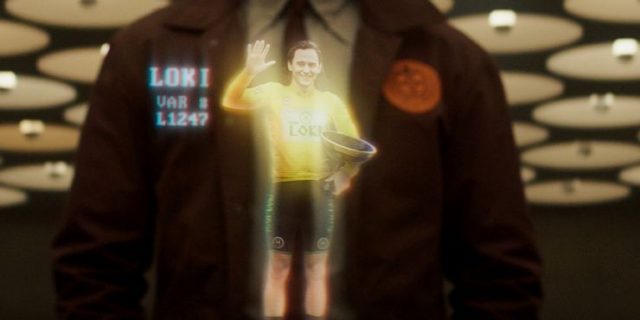 In any case, after Mobius finds the TVA agent hostage delirious and disoriented, Loki happens to encounter his variant self, who instantly incapacitates Loki’s familiar escort, Hunter B-15. The initial meeting between the two Loki’s is another very clever scenario, as the variant Loki uses his mental suggestion abilities, as if he were still wielding the power of the Mind Stone (though the green flashes that accompany the variant’s spells would suggest that this is some other magic, unrelated to the Infinity Stones), to possess various people wandering around the Roxxcart area. After knocking Loki around some, and rejecting Loki’s offer to align with him in a bid to take over the TVA as well, the variant then reveals himself, and it turns out, as fans speculated, that the other Loki isn’t even a ‘him’ at all!

Yes, the variant Loki that’s been giving the TVA such a hard time, and now the MCU’s familiar Loki incarnation a hard time, is actually a female version of the character, played by Sophia di Martino. This would outwardly appear to be the MCU’s take on Lady Loki, a female version of Loki that was recently made a part of Marvel Comics canon, after Loki was briefly forced to take residence in a host body that was originally intended for Thor’s battle companion, Lady Sif. Considering that di Martino’s character has been credited as, “Sylvie” in at least one foreign dub however, this would also point to the Loki variant character potentially being Sylvie Lushton, the second incarnation of Marvel’s Enchantress, who serves as a recurring antagonist to Thor, and both a frenemy and lover to Loki. An equally likely scenario is that di Martino’s character is in fact both Lady Loki and Enchantress, who may be merged into one character in MCU canon, a la Iron Man 2’s Ivan Vanko, himself a fusion between two of Marvel’s recurring Iron Man villains, Whiplash/Blacklash and Crimson Dynamo.

Perhaps it’s deliberate and appropriate that Loki’s second episode would slow down a bit when it comes to its more zany elements. This gives viewers an ideal chance to better settle into the eccentric world of the TVA, while the show also provides enough room to allow the Loki/Mobius dynamic to take center stage. “The Variant” may be less fun and more methodical than Loki’s series premiere, but the show’s central mystery remains strong, as does the central rapport between Loki and Mobius. The last-second introduction to the Loki variant, who appears to be Lady Loki and Enchantress in equal measure so far, is also awesome, especially when Loki follows her into a time portal, effectively ditching his post at the TVA, and taking back his own free will in the process. The Loki variant successfully sending several timeline-erasing charges throughout time is also an exciting, if catastrophic turn, as the MCU’s ‘sacred timeline’ now sees an Easter egg trove’s worth of alternate realities being created. Might this be the basis for the MCU’s upcoming What If…? animated series that’s set to debut on Disney+ this August?

Either way, Loki’s multiverse teases continue to soar, and continue to tease big things ahead for the MCU. Perhaps the Loki variant could even be responsible for the creation of the various ‘Marvel Legacy’ movie universes, from Fox’s live-action X-Men universe to Sony’s various standalone Spider-Man movie universes! Even the reality-bending of Wanda Maximoff would be dwarfed by such chaos!

Loki 1.2: "The Variant" Review
Loki slows down significantly in its second episode, sometimes to a fault, though the series continues to excel with its multiverse mystery and central character dynamic.
THE GOOD STUFF
THE NOT-SO-GOOD STUFF
2021-06-19
80%Overall Score
Reader Rating: (0 Votes)
0%