NOTE: Some spoilers from throughout the sixth season of, “Fear the Walking Dead” are present in this review

I don’t imagine that anyone expected Fear the Walking Dead to bounce back. After this spin-off series’ very controversial overhaul in Season 4, which saw former The Walking Dead alum, Morgan Jones assume the main character role, while established Fear the Walking Dead survivors like Alicia, Luciana and Strand became supporting characters following the death of original series lead, Madison Clark, the show started to sink into some truly eye-rolling storytelling. A lot of this stemmed from Morgan being a mentally unstable do-gooder that inexplicably inspires a new band of survivors to be just as impractical and reckless as he is in the walker apocalypse. That mission came to a very unceremonious end after Morgan’s crew eventually ran afoul of arch-villain, Virginia and her faction of Pioneers towards the end of Season 5. This eventually saw virtually all of the show’s surviving personalities separated into various camps under Virginia’s charge. Morgan, meanwhile, is shot by Virginia and left for dead, only to be saved by an unknown figure, one that gives him a chance to build a new community of his own. 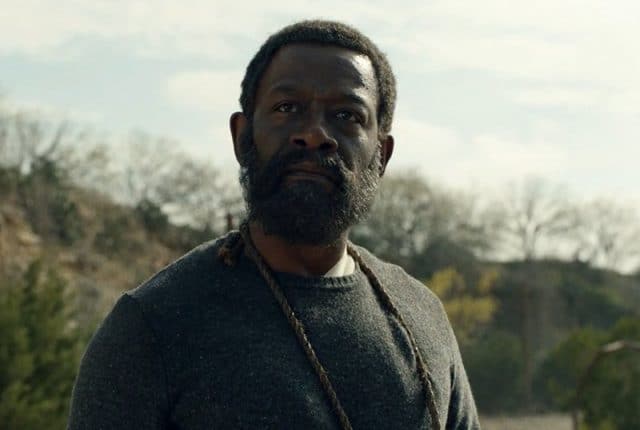 The difference maker here however is that Fear the Walking Dead’s sixth season has an anthology-style focus, one that commits to fully shifting each episode’s perspective to a new character with every passing week. This feels like a not-so-subtle way to test the waters for AMC’s proposed Walking Dead anthology series, Tales of the Walking Dead, but in AMC’s defense, this experiment seems to have really worked in Fear the Walking Dead’s case. Now, every significant presence in Fear the Walking Dead’s cast, regardless of moral affinity, has a chance to occupy their own storyline. That plays exceptionally well right from the start of Season 6, after Virginia separates Morgan’s group into a handful of different camps, leaving their forces fractured and seemingly unable to escape their circumstances.

Even then though, Fear the Walking Dead’s front and back halves to Season 6 aren’t completely without problems. This even factors in the slight narrative hiccup that saw Season 6A ended one episode early, due to production issues caused by the COVID-19 pandemic, which thus gave Season 6B one extra episode. One particularly risky, but ultimately effective shock ends up being slightly undermined by this necessity as well, namely the unexpected death of John Dorie during Season 6B’s premiere (originally planned to be Season 6A’s finale), a much-beloved character that served as one of Fear the Walking Dead’s best since his introduction in Season 4. John’s death was definitely the biggest swing that Fear the Walking Dead took with its fatalities this season, and as much as it was bound to upset fans, the gamble did pay off. It also allowed John’s father, John Dorie Sr., played by Keith Carradine, to join the show’s ensemble, in a twist that ties into the villain that ultimately succeeds Virginia. 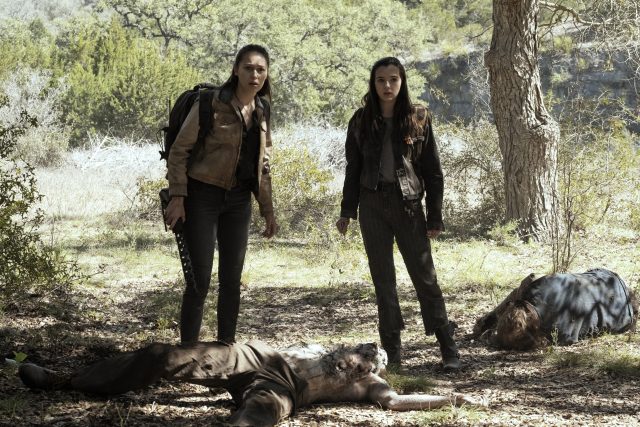 Yes, not long after the start of Season 6B, Virginia is killed in a gesture of revenge by June, right after Virginia reveals that her ‘sister’, Dakota is actually her daughter. Dakota thus becomes the enduring legacy of Virginia, and the main thing that separates Virginia from otherwise being a poor person’s Negan with a cowboy hat. Fortunately, Season 6B then pivoted to a much better arch-villain, Teddy Maddox, played in a brilliant guest turn by Smallville’s John Glover, who happened to be put in jail many years ago by John Dorie Sr. Even back then, long before the walker apocalypse began, Teddy was an infamous, serial-killing mortician that dedicated his life to proving that humanity is stuck in a loop of its own self-destruction, and that the only way to break that loop is to embrace death, at which point humanity can be granted new life. It’s an intriguing scenario that goes on to punctuate Teddy’s faction, the Doomsday Cult, eventually leading to a truly bonkers, albeit commendably ambitious climax for this season, which sees Teddy launch a series of nuclear warheads above Texas, threatening the lives of everyone among Fear the Walking Dead’s cast simultaneously!

That brings me to one of the few sticking points within an otherwise surprisingly strong season for Fear the Walking Dead however, namely that the series is still guilty of some truly absurd writing, even by the standards of AMC’s later-era Walking Dead TV universe. The Season 6 finale in particular forces some pretty ridiculous excuses as to how most of the show’s characters ultimately manage to survive a Texas-wide nuclear holocaust. That’s also following on from Morgan’s rather unlikely survival from being shot half to death during the end of the Season 5 finale, despite Dakota, Morgan’s unexpected saviour, being the furthest thing from a trained doctor. Finally, Grace’s baby, a long-teased new character that was first foreshadowed during the Season 5 finale, ends up being delivered stillborn, as a very tasteless method to finally allow Morgan and Grace to come to terms with their respective traumas, and embrace a romantic relationship with each other. 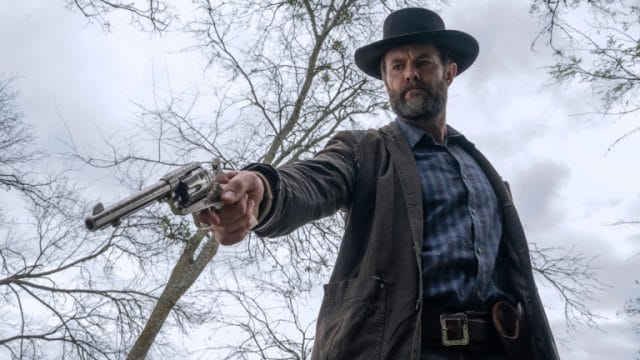 I do have to respect Fear the Walking Dead’s sixth season for some very risky narrative choices, but some of them are just ridiculous and crappy. Sure, there’s a lot less ridiculous and crappy story elements compared to Fear the Walking Dead’s past couple of seasons especially, but not every storyline in Season 6 is a winner, even considering that this is arguably Fear the Walking Dead’s best season to date. Most frustrating of all is that the long-teased Dwight and Sherry reunion ends up being a bit of a let-down in the end. Sherry is discovered to have become part of a community of masked survivors, known enemies of Virginia’s Pioneers and the Doomsday Cult, and she spends this entire season being cold and dismissive of Dwight, for seemingly no reason. The ultimate explanation offered for this during the season finale is pretty stupid as well, namely that Sherry was just upset over Negan, and she took this out on Dwight for… Some reason. At least Sherry smartens up by that point, and she and Dwight finally get back together, as they were always inevitably going to do, but Sherry’s characterization throughout this season nonetheless took a major hit compared to her more effectively tragic portrayal on the main Walking Dead series beforehand.

For all it gets wrong though, Fear the Walking Dead also gets an astonishing amount right in Season 6, especially during its Teddy-focused storylines. Strand and June enjoy particularly great season arcs here, being unpredictable wild cards that see some especially painstaking challenges, June in particular. Likewise, Morgan finally being given the stability of his very own (currently unnamed) community, effectively a Fear the Walking Dead surrogate for the main Walking Dead series’ central community, Alexandria, is long overdue. Even better is the fact that not every established character on the show immediately joins Morgan’s community either. It instead needs to build its own diplomatic relations with Sherry’s community most notably, as well as independent operators like June and Strand. Daniel even compromises Morgan’s community almost immediately by falsely accusing the most pivotal survivors of harbouring a traitor in their midst, leading to another questionable story beat, namely when Daniel is discovered to have some kind of selective dementia. The show gets bored of this bizarre turn for Daniel pretty quickly though, especially when Daniel is eventually vindicated anyway, after Rollie somehow becomes a traitor off-screen, and ultimately becomes one of Fear the Walking Dead’s forced Season 6 finale casualties, as the series cleans house before Season 7 kicks off later this year. 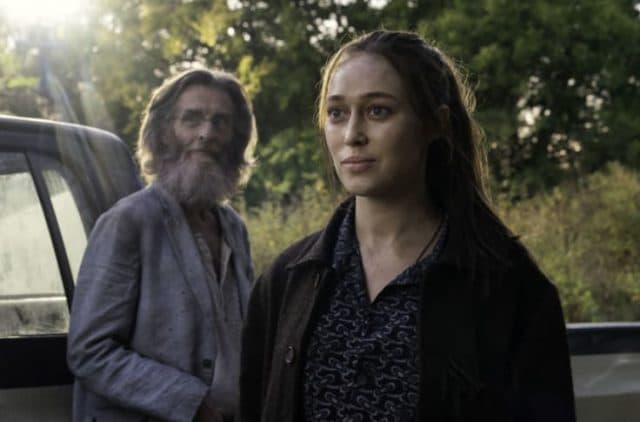 This unusually quick turnaround between Fear the Walking Dead seasons is perhaps the biggest evidence that AMC is attempting to prime the series to take over as its flagship Walking Dead offering, now that the main Walking Dead series is about to enter its three-part final season in August. It’s likely also a well-deserved attempt to strike while the iron is hot, and keep building momentum after Season 6’s surprisingly high quality. Indeed, after many years spent inconsistently bumbling around with scattershot, uneven and overall disposable storylines, Fear the Walking Dead finally appears to have truly hit its stride under the show’s altered direction in Season 6. This season’s anthology-style narrative structuring proves to be surprisingly engaging and effective, finally allowing Fear the Walking Dead to embrace the best tropes from the main Walking Dead series, while also finding a more distinct way to stand apart from it.

After burning through two different arch-villains in Season 6 as well, before all of Texas finds itself besieged in nuclear carnage during the Season 6 finale, Season 7 is perfectly positioned to be the start of Fear the Walking Dead’s latest bold new era, if it can live up to its potential. Like many others, I never imagined I would ever look forward to a new season of Fear the Walking Dead in earnest, least of all after the show’s tiresome, unnecessary soft reboot in Season 4. I guess even a shared TV universe as tired as this one can still surprise you sometimes.

Fear the Walking Dead: Season 6 Review
Fear the Walking Dead unexpectedly rebounds with Season 6, arguably its best season to date, though some of the show's frequently contrived writing can still drag it down at times.
THE GOOD STUFF
THE NOT-SO-GOOD STUFF
2021-06-22
84%Overall Score
Reader Rating: (0 Votes)
0%