Microids and IMPS have released a brand new trailer for their upcoming licensed platformer, The Smurfs: Mission Vileaf. Through it, those with interest will be able to see how a special tool will benefit them throughout their colourful adventure.

As the Smurfs attempt to defeat the evil Vileaf, and save their forest from its clutches, they’ll make good use of something called ‘the incredible Smurfizer.’ This tool, which has been referred to as a ‘revolutionary invention,’ features:

The Smurfizer will allow you to rush, glide, smash, vacuum and shoot out projectiles, but most importantly, vaporize a powerful antidote developed by Papa Smurf to heal the plants infected by the Vileaf and fight various enemies. Once you’ve tried the Smurfizer, you’ll asked yourself how you could ever live without it! 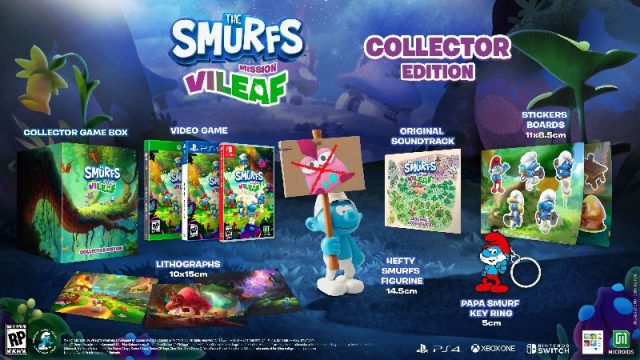 The Collector Edition contains all items available in the Smurftastic Edition plus two items: