NOTE: Some spoilers from throughout the seventh season of, “The Flash” are present in this review

The Flash seemed to be rebounding with a revitalized sense of creative momentum under new showrunner, Eric Wallace last season, despite production issues that eventually cropped up due to the COVID-19 pandemic. Some of these production complications have predictably lingered throughout The Flash’s seventh season as well, even if this wasn’t enough to derail the show as The CW’s current most-watched and re-watched veteran series. Though the show’s ratings didn’t tumble anywhere near low enough to create concern however, The Flash’s renewed creative power still didn’t seem to fully last into Season 7, a blatantly COVID-19-compromised offering that was short on action, and full of bizarre narrative priorities.

As with last season, Season 7 is divided into multiple ‘graphic novel’ story pods, specifically three of them. Well, two and a half, most accurately. This shortened eighteen-episode season had to pick up with the three climactic episodes that were lopped off of Season 6 due to COVID-19-mandated shutdowns, creating an awkward start to Season 7 that presented a thankless and head-scratching resolution to the battle against Season 6’s previous arch-villain, Eva McCulloch/Mirror Monarch. Not that things got much better in the subsequent all-new story pod, “God Complex”, which is built around a more recent Flash Family adaptation from DC’s newer Rebirth-era comics, namely the introduction of the alternate Forces that complement the Speed Force as the foundations of the universe. 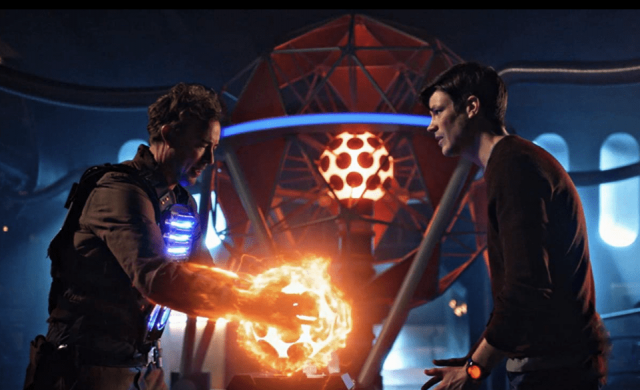 Except, in the case of The Flash, these ‘other Forces’ are simply human avatars that were granted vast metahuman abilities on the scale of speedsters, and yet, the Arrowverse treats them as god-like figures that are also considered to be the ‘children’ of Barry and Iris? Yeah, right from the jump, Season 7 had a lot of weird, non-sensical story ideas. It’s likely that the show’s Season 7 narrative structure had to be altered due to strained actor availability as a result of COVID-19, forcing new hires and shuffling of established hires, which possibly led to this weird narrative sidestep with the other Forces. There was a bit of an interesting idea attempted with, “God Complex” nonetheless, namely a cornered, traumatized Speed Force feeling the need to fight for its revived existence by attacking and destroying the other new Forces, thus putting, “Her”, once again under the visage of Barry’s late mother, Nora Allen, into conflict with Team Flash. That’s pretty cool, in concept.

Unfortunately, the execution behind this idea is contrived and laughable. The nadir of this story pod even involves ‘Emo Nora’, a Spider-Man 3-level joke that’s so awful that it threatens to leave The Flash jumping the shark. That’s an impressive feat for a DC series that has made no bones about embracing even the weirdest elements of its source comics, right from the beginning! Sadly, the hits (or misses) kept coming from here, as Barry’s and Iris’ weird surrogate Force family leads to a senseless climactic battle that eventually results in the situation just kind of working itself out, despite the fact that the other Forces supposedly have god-like abilities. It seems evident that the show just didn’t know where to go with this idea surrounding the other Forces, especially when it already killed off one of their avatars from DC Comics lore (the Still Force avatar, Turtle, who is now replaced by a made-up, de-aged, mid-life-crisis-afflicted failed football player, Deon Owens), so it just threw a bunch of ideas together and saw which ones stuck. Few of them did.

Oh, but it gets worse. All the while, Season 7 of The Flash kept seeing fit to sidetrack the storytelling with the arrival of a government liaison, Kristen Kramer, who becomes a nemesis and eventual ally to Joe, after he eventually retires from the CCPD. In fairness, Kramer’s story arc, and eventual tense alliance with Joe, eventually becomes one of Season 7’s better subplots, especially when it leads to an unexpected payoff with Kramer’s character that in turn inspires Joe to embrace an interesting new professional direction in Season 8. Before that can happen though, Kramer has to waste a ton of time on a dubious mission to arrest and prosecute Frost for the crimes she committed during her earlier history as ‘Killer Frost’. Again, not a bad idea in concept.

Predictably however, the execution of this idea isn’t great. In fact, Frost ate up an unwelcome amount of narrative attention throughout Season 7, virtually all of which consisted of failed, tedious and illogical storylines. Initially at least, the idea to separate Frost from Caitlin early in the season, and make her a separate person, isn’t bad. From there though, Frost’s entire Season 7 arc just keeps hitting nothing but narrative pot holes. The show does take an impressively big swing by bringing up a potentially devastating legal precedent through Kramer’s attempted prosecution of Frost though; Whether or not metahuman criminals should be forced to take the metahuman cure. Frost eventually surrendering to her fate and accepting life in prison in Iron Heights is also a nice turn, if also a blatantly unrealistic one. Not that this matters for long however, since Frost is quickly let out on good behaviour anyway, almost immediately reversing her life imprisonment sentence just a few episodes later. Boy, this really begs the question of how the legal system in the Arrowverse is supposed to work, doesn’t it? 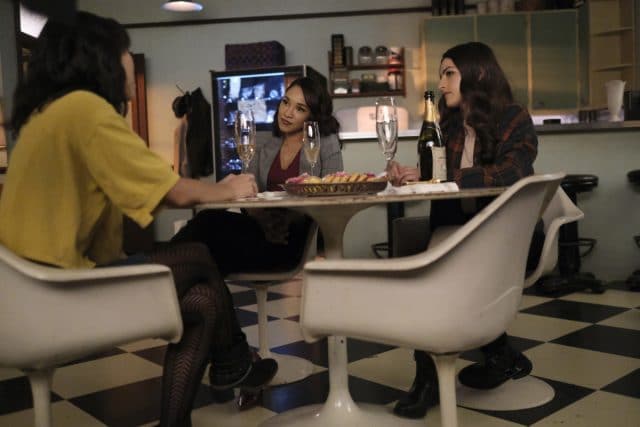 The cherry on top of this failed storyline for Frost is that it creates a lead-in for something that Frost’s character has not and will never need; A love interest. A very bad love interest. I don’t mean in the sense that said love interest is a criminal, although he is definitely that. I mean ‘bad’ in the sense that Mark Blaine, a.k.a. Chillblaine, one of the most obscure ice-themed villains in the DC Universe, is a terrible character. He’s an annoying bro-douche ‘bad boy’ nerd who bases most of his character around his six-pack, and has no real chemistry with Frost, because he’s an awful character with no real depth, one that changes morality and priorities as each episode’s script demands. Season 7 wastes way too much time trying to ship Frost and Chillblaine, dragging down some otherwise fine episodes with this pointless love story, one that’s supposed to tempt Frost back to the dark side, in theory, only to constantly hit walls because of how badly-written Chillblaine is.

I don’t mean to come down so hard on Season 7 of The Flash, because it does do some things right. It manages to provide a fairly fitting exit for Cisco and Kamilla, after they decide to move on from Central City with promising new job opportunities, for starters. Even then, Cisco comes back for the two-part season finale, assisting Team Flash in their long-awaited battle against the true August Heart/Godspeed, a future-era speedster that eventually goes on to menace Barry’s and Iris’ speedster children. Oh yes, as another apparent consequence of the revised Earth-Prime timeline that resulted from Crisis on Infinite Earths, Barry now has a son as well as a daughter in the future, with said son being Bart Allen, a.k.a. Impulse, a recognizable future speedster from DC Comics lore. Bart is even played by Jordan Fisher in the Arrowverse, giving The Flash quite a bit of star power for its decent, if uneven climactic confrontation with Godspeed, another great idea in concept that sadly falls shy of its potential with a bit of an abrupt, unsatisfying ending. At least the initial ‘Godspeed War’ in Central City, wherein numerous Godspeed clones begin attacking each other in the present over an escalating bid for power, is a decent beginning to the season’s third and final ‘graphic novel’ pod though, even if the subsequent season finale ultimately fails to keep pace. 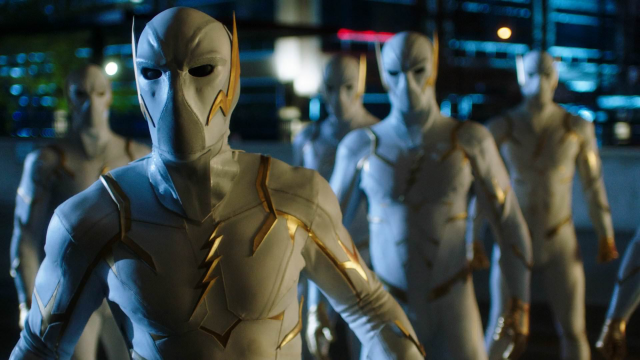 That problem is at the core of the issues surrounding The Flash’s seventh season. It’s not truly bad, just very disappointing, especially coming off the much higher note of Season 6. Many of Season 7’s ideas are solid in concept, but whether due to time constraints, COVID-19 restrictions, or simply running up against the show’s age, The Flash simply failed to satisfyingly resolve most of its initially interesting story hooks this past season. We can probably blame COVID-19 for the head-scratching lack of action in Season 7 as well, which was mostly saved for the climactic episodes of each story pod in this case. Considering that The Flash spent so much time being shut down due to the COVID-19 pandemic though, it’s a little strange that the series had such a hard time coming up with satisfying endings to its various narrative threads. The exception on this note is Tom Cavanagh, who was announced to have left the show alongside Carlos Valdes during Season 7, but despite that, Cavanagh returned as arch-villain, Eobard Thawne/Reverse-Flash for the Season 7 finale, teaming up with Barry to bring down Godspeed once and for all. That unexpected return for Thawne was fantastic, and it primes the series for a potential final season in Season 8, though let’s be honest, I doubt that The CW will willingly end The Flash if the actors don’t forcibly walk away at this rate.

After seven seasons however, and almost ten years for the Arrowverse at large by 2021, it’s becoming apparent that The Flash is getting long-in-the-tooth, and that it’s starting to run out of ways to expand upon its established characters. With a separate Flash movie franchise coming down the pipe for the DC Extended Universe as well, perhaps it’s getting to the point where The CW really should consider retiring the Arrowverse incarnations of these characters, or at the very least, their dedicated show. The network probably won’t do that anytime soon though, like I said. The Flash is still bringing in one of the biggest CW audiences for now, not to mention that its very deliberate efforts to groom successor characters like Nora West-Allen (back from the dead, post-Crisis!), Bart West-Allen, Allegra Garcia and Chester P. Runk smell of a contingency spin-off series plan, should The CW have no choice but to cancel The Flash in the next couple of years. Chester has already become the new Cisco at this point, and Allegra similarly seems positioned to replace Caitlin and Frost, once Danielle Panabaker eventually tires of those roles. Nora and Bart pretty much speak for themselves in terms of where they fit into the future of Team Flash. 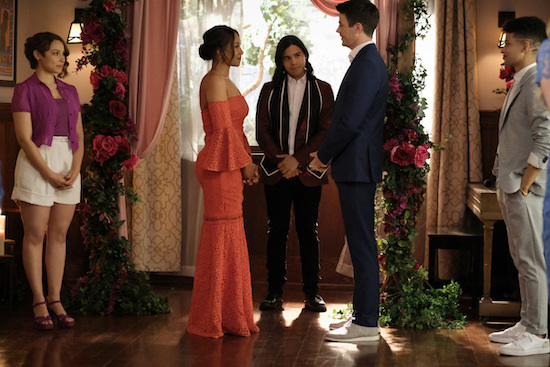 Chester and Allegra do have their own storylines in Season 7, complete with their own forced will they/won’t they romance tease, but while some of these subplots are alright, it’s tough to deny that neither of these characters is a worthy replacement for Cisco, nor the various Wells incarnations that have populated The Flash up to this point. It seemed like this show was starting to fire on most, if not all cylinders again by the end of Season 6, but Season 7 has once again disturbed The Flash’s momentum to a frustrating degree. Hell, the series didn’t even have a major Arrowverse crossover event to lean on this past season either, another issue caused by COVID-19 mandates. The Flash does however intend to rectify this by kicking off Season 8 with a major five-episode crossover event to itself, Armageddon, this November. We’ll have to see how that turns out, because at this point, The Flash needs another significant shot in the arm if it’s going to insist on continuing for the foreseeable future.

The Flash: Season 7 Review
The Flash's seventh season presents some promising concepts, but their execution and resolution are highly disappointing, once again leaving the series with stalled momentum.
THE GOOD STUFF
THE NOT-SO-GOOD STUFF
2021-09-16
72%Overall Score
Reader Rating: (0 Votes)
0%