NOTE: Some spoilers from throughout the third season of, “Batwoman” are present in this review

Batwoman’s long road of troubles may actually be at an end, or at least, they almost were. After two highly disappointing prior seasons, along with a very challenging lead actress swap between them, Batwoman finally appeared to become a competent superhero drama in Season 3… Only to have its future once again threatened by the looming sale of The CW. Fellow Arrowverse shows, The Flash and Superman & Lois have since been confirmed safe with new season renewals, thus ensuring that the Arrowverse will continue for at least one more season even after the CW sale, though Batwoman, alongside sibling series, Legends of Tomorrow, still remains in limbo at the time of writing. It might indeed be too little, too late by this point, and even in the best case scenario, it’s entirely possible that The CW’s new owner may opt to sunset Batwoman by making a potential fourth season its last. That possibility feels even more apparent following news that The CW is developing another potential Batman Family-themed series, Gotham Knights, one that won’t be set within the flagging Arrowverse continuity.

Perhaps there is a case to be made for Batwoman going out as on top as it possibly can though, if not in terms of viewership. The show’s third season feels like it’s been intentionally crafted as a workable climax for the series, complete with a surprisingly definitive ending for its leads, following an over-arching plot that’s more closely tied to the established Batman mythology, a soap opera-esque birth family revelation for lead character, Ryan Wilder, and even a true Joker successor for Ryan to battle, one that happens to be her formerly unknown half-brother. On top of this, another major Batman Family villain appears as an obstacle to Team Batwoman in the flesh during Season 3, that being Pamela Isley, a.k.a. Poison Ivy, played in a recurring role by Agent Carter’s Bridget Regan later in the season, something that catalyzes a major character shift for Mary. 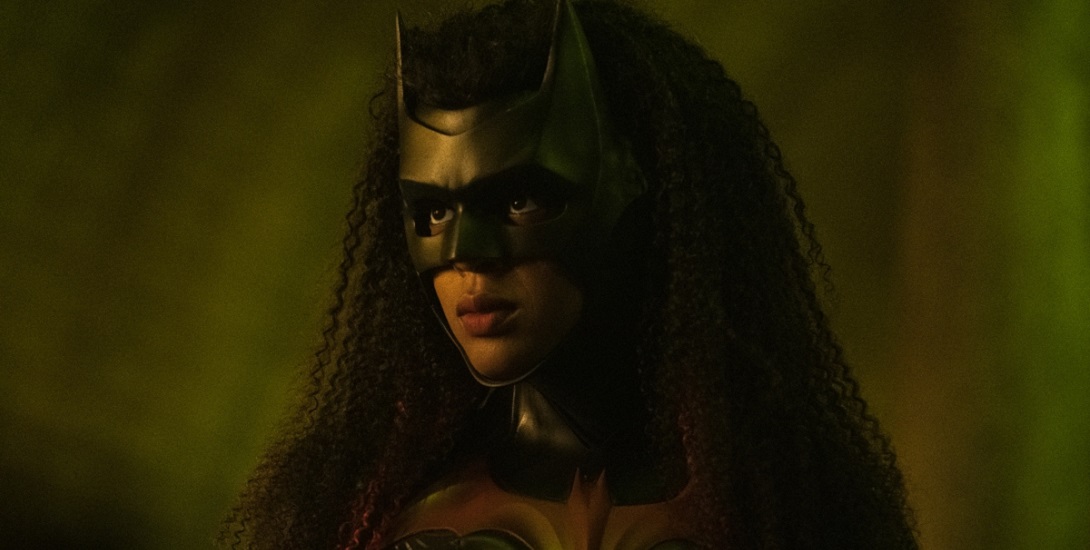 Another plus is that Batwoman’s third season has been further shortened in the wake of COVID-19 complications, ultimately running for just thirteen episodes. Interestingly though, this has actually improved the season considerably, chopping out frustrating social justice diatribes that it no longer has time for, allowing a bit of a bump in the budget (especially when it comes to Poison Ivy), and smoothing out the pacing overall. There are still lesser episodes here and there, not to mention undercooked story elements that continue to feel hamstrung by The CW’s limited scope and funding, but it’s nonetheless encouraging to see that Batwoman is capable of being a decent addition to the long-running Batman Family TV catalogue, if still not a truly exemplary one.

Something that definitely helps Batwoman achieve new heights even beyond its streamlined third season is that it’s finally figured out how to portray and develop Ryan as a lead heroine. Sure, it’s laughably unrealistic that Ryan would be made CEO of Wayne Enterprises, least of all in her late 20’s, but the surprise revelation that Ryan is a lost daughter of the uber-rich Jet family, rivals to Wayne and ruthless business tycoons, creates an interesting contrast to Ryan’s poor, orphaned upbringing. This season does a great job of playing with expectations as we explore the challenging Jet family dynamic to boot, seemingly starting with a predictable route for Ryan’s birth mother, Jada Jet (a loose reinvention of DC Comics socialite, Jezebel Jet), who is initially depicted as cold and unsympathetic toward Ryan, an issue that would appear to confirm that Jada simply didn’t want Ryan, and Ryan is better off abandoning any effort to connect with her birth family.

Following a violent attack by Professor Pyg however, another established Batman Family villain from DC Comics lore, Jada is revealed to be protecting Ryan from an even darker secret; Jada’s son, Marquis is secretly an unhinged and murderous sociopath, one that has big plans for his newly-rediscovered sister. This was also a thrilling revelation, as Marquis initially appears to welcome Ryan with open arms, and support her in all her endeavours, especially when Jada presents herself as an enemy to Ryan’s civilian identity. Marquis being revealed as the true threat to both sides of Ryan’s identity is effectively shocking, especially when Marquis eventually develops into the Joker to Ryan’s Batwoman, having had his empathy centers disabled by the original Joker’s Joy Buzzer during, funny enough, the same school bus hijacking that irrevocably changed the lives of Kate and Beth Kane. 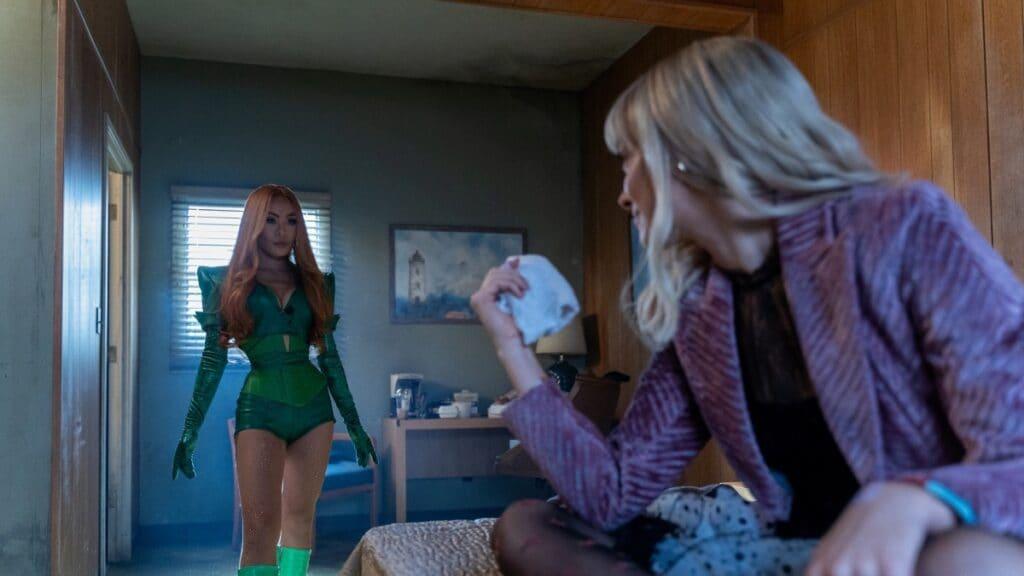 Speaking of Beth Kane, Rachel Skarsten also had one of her best seasons yet as Alice here, despite Kate having now firmly exited the series, and Gotham as a whole. Forcibly interned at Arkham before being forced onto a mission to reclaim Batman’s missing villain trophies, Alice finds herself seeking redemption in Season 3, while still existing as a bit of a wild card to Team Batwoman. Alice’s quest for identity really allowed Skarsten to stretch her performance to some compelling new places, especially when Alice’s handler, Renee Montoya, played by Victoria Cartagena (interestingly reprising her Montoya role from FOX’s Gotham, so I guess this new Montoya is a multiverse doppelganger?), ends up screwing Alice over, something that eventually sees Alice hunting for the last remaining trophy, the Joker’s Joy Buzzer, on her own.

Montoya’s introduction to Batwoman is also meant to facilitate the season’s Poison Ivy storyline, which, as I mentioned, also represents a major character turn for Mary. Montoya initially claims to be hunting the missing Batman trophies for the good of the city, since they are indeed creating surrogates to iconic Batman enemies like Mad Hatter and Killer Croc (a decent way for The CW to get around not having the licenses to actually feature these villains), but in reality, Montoya is actually seeking a way to revive her desiccated metahuman lover, Pamela Isley, the OG Poison Ivy. I say OG Poison Ivy, because Mary ends up embracing a villainous turn as a Poison Ivy successor for a time during this season, ultimately betraying her friends, and creating a trail of havoc all the way to Metropolis, alongside Alice. This is actually a decently fun Gotham City Sirens-inspired storyline too, especially considering that The CW can’t properly feature Catwoman or Harley Quinn in the Arrowverse at this point.

Turning Mary into a Poison Ivy variant had a lot of potential, as did making the original Poison Ivy an arch-villain for Season 3. Seeing as Marquis is already filling the role of Season 3’s main villain pretty nicely however, Poison Ivy ends up being awkwardly shoehorned into a season where she can’t fully flourish as a threat. Instead, she appears for a few episodes to try and blow up a dam, before simply running off with Montoya, and that’s the end of the Poison Ivy storyline. This is pretty underwhelming, especially when Mary accidentally killing someone while under Poison Ivy’s influence ends up being swept under the rug in the end. For now, it doesn’t feel like Poison Ivy, or even Montoya, carried any kind of lasting consequences for Team Batwoman, and definitely not in the way that Marquis eventually did, even if he is eventually ‘cured’ by the reclaimed Joy Buzzer. Then again, we don’t know if the Joy Buzzer actually worked yet, since Marquis hasn’t regained consciousness after its final available use on him. 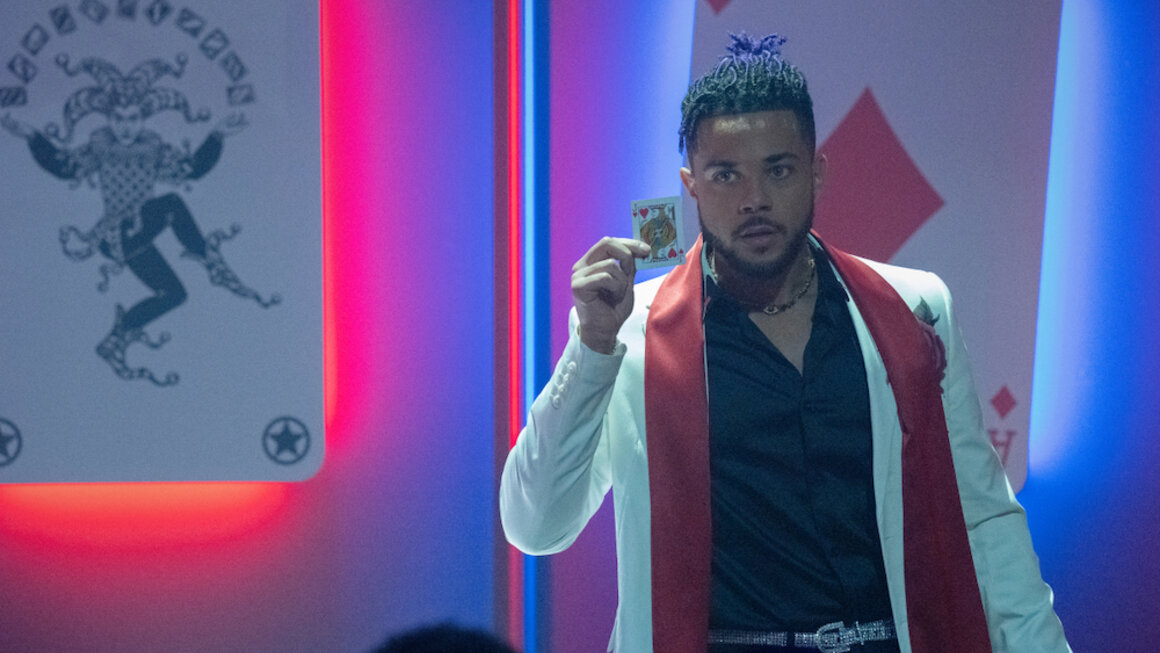 It also goes without saying that, in typical CW fashion, most of the romance storylines in Batwoman’s third season are pretty bad. The show still insists on ramming Ryan and Sophie together most notably, despite the fact that they have no chemistry, and that Sophie was clearly designed to be a love interest for OG Batwoman, Kate Kane. Having Sophie shack up with Ryan doesn’t feel believable, and nor does Sophie’s brief affair with Montoya, which only seems to happen in order to create more tired relationship drama. In fact, Sophie didn’t seem to know what to do with herself in general throughout much of Season 3, ultimately existing as a bit of a ‘floater’ character, and simply filling a space in Team Batwoman’s roster whenever the plot needed her to. Granted, Sophie’s aimless post-Crows existential crisis is written into this season’s plot, but it also stinks of being a tacit admission by the series’ writers that they don’t know what else to do with Sophie’s character at this point, beyond force her into an uncomfortable romance with Ryan for the sake of their original formula.

Finally, Luke saw his own major character shift in Season 3, one that directly built off of his climactic character turn from Season 2. While he did so surprisingly sporadically (no doubt because of The CW’s tight budget constraints), Luke ended up embracing his DC superhero identity as Batwing this season, making him a War Machine-style sidekick to Ryan’s Batwoman. As much as it’s still semi-offensive to victims of real-life wrongful police shootings, Luke’s miraculous recovery from being shot by Russell Tavaroff decently played into his rise as Batwing as well, mainly due to his suit’s A.I., modeled after Luke’s late father, Lucius, regularly shutting down the costume as a way of protecting Luke from his own overeager desire to fight crime in Gotham. Granted, the Arrowverse has done this ‘training wheels’ schtick before, particularly on OG series, Arrow, but the way that Luke challenges and eventually overcomes his helplessness nonetheless feels fairly rewarding here, especially when it also finally allows Luke to resolve his demons surrounding his father’s killing. 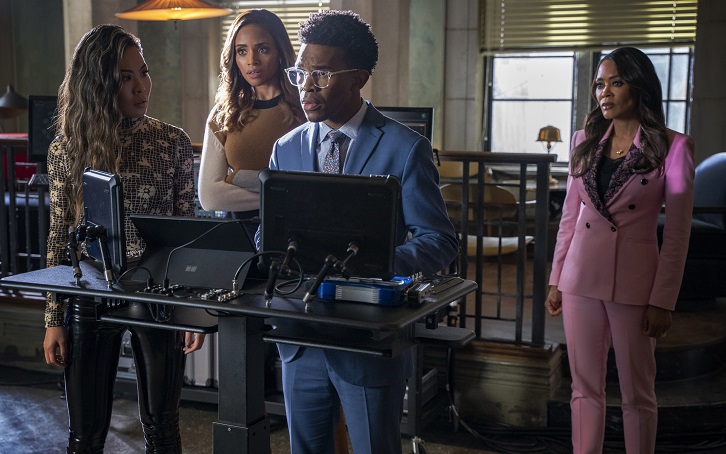 Batwoman is still not the best Arrowverse series by any stretch, but as of Season 3, it finally became a satisfactory expansion to this decade-running DC TV continuity. The show’s romances and social justice storylines are still quite juvenile, and often outright terrible, but fortunately, those tiresome plot elements took a backseat to some much better family drama for Ryan here, as well as some legitimately enjoyable villain storylines, even if Poison Ivy deserved to make a bigger splash. Thanks to some solid new roles for Team Batwoman’s old favourites as well, alongside the rise of Joker successor, Marquis Jet finally bringing Ryan’s formerly ill-defined hero persona together in a great way, Batwoman appears to have finally found its appeal. Apparently, all it needed was a shorter season and the threat of a network sale to get there.

We’ll see if, when and how Ryan will be able to don the cape and cowl again, but for now, colour me impressed at what Batwoman has finally managed to deliver in Season 3. The series may still be blatantly trailing most other Batman Family media, including current HBO Max shows like Titans, Harley Quinn and Pennyworth, but the fact that Batwoman is finally earning its place within the Dark Knight’s legacy is nonetheless cause for celebration.