Ever since an online stranger recommended A Head Full of Ghosts to me, Paul Tremblay has been one of my favourite authors. Although I often wish he’d write more conclusive endings, because the ambiguity tends to bother me, his horror stories are generally up there with the modern best. In fact, I quite enjoyed all four of his previous books, leading up to this summer’s The Pallbearers Club.

Now, I can say that I’ve read that one too. I did so for both entertainment, and for the purposes of this review.

The Pallbearers Club is the story of a fictional man named Art Barbara, although that’s not his real name. In fact, it’s just a name he gave himself, legally or not, after deciding that he needed a moniker that was as unique as it was fun to say. It helps, too, that this particular book is his memoir.

Things begin in the late 80s, during Art’s senior year of high school. There, we find the pimple covered and nearly invisible teen trying to do what he can to increase his chances of getting into college. The result is The Pallbearers Club — a small group that meets on weekends to assist with lonely folks’ funerals. By that, I mean people who don’t have family or friends, including homeless persons.

Shortly after creating the club, Art meets a stranger named Mercy, who decides to join in on the mortuary volunteering. Granted, that’s not her real name either. 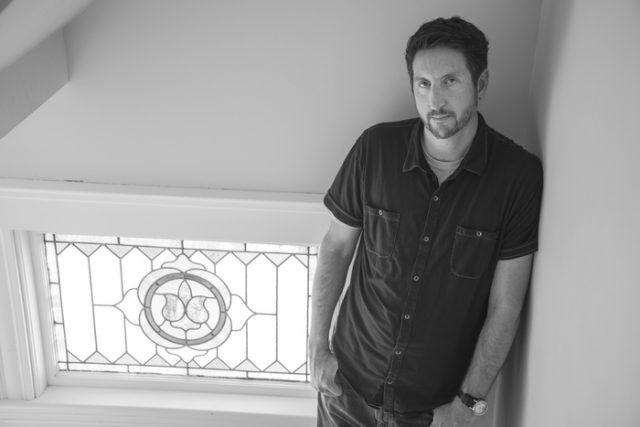 Mercy is described as being a women of nondescript age, who’s in love with taking pictures of the dead. She says that it’s because it’s a hobby, then says she’s looking for proof of something. However, Art wonders if she’s something more, including perhaps a creature of the night. After all, he tends to feel worse when she’s around, thanks to heightened symptoms of his curved spine and heart murmur.

Is Mercy a vampire, or is she just a strange and misunderstood young woman?

The rest of this book chronicles Art’s life — or what he shares of it with us — from 1989 to the near present. Throughout this memoir, he chronicles his time spent with Mercy, his dreams, successes and failures, and what he really thinks about his mysterious friend.

What’s most unique about this thing, though, isn’t just that The Pallbearers Club is the memoir of a fictional guy. No, it’s actually the fact that Mercy chimes in with her thoughts on each page. She does this through crossed out words, edits and comments in the margins of every page. Then, she follows things up with a two to several page review of each chapter. These opinions range from calling the work a novel, or making fun of Art, to telling him he got things wrong. Of course, these notes and alterations also add a second viewpoint to this strange story.

Simply put, The Pallbearers Club is one of the oddest books I’ve read, and that isn’t just due to its subject matter. The format is also very unique. I’ve never read anything quite like it.

That said, I wish I could honestly tell you that I enjoyed this novel or memoir as much as some of Paul’s other books. That wasn’t the case, though. In fact, I’m left wondering how to rate it.

Was this title unique, interesting and enjoyable? Yes. For the most part. However, it also dragged at times, as Art rambled on and on, in an occasionally hard to follow nature. Parts were also ethereal and unclear. The story was also tough to truly get into, although there were times where I was glued to it.

At the end of the day, Paul Tremblay’s latest effort — appropriately titled The Pallbearers Club — is destined to be a divisive read. I appreciate the risk the author took with this project, and liked it enough. However, it’s far from my favourite of his books — at least from A Head Full of Ghosts on, because those are the only five I’ve read.

Go into this one with an open mind if you decide to read it, and expect something both weird and different. Maybe borrow it from the library first.

This review is based on an early digital copy of the book that we were provided with through NetGalley. Receiving a free copy did not affect our review.