Sloclap — the folks behind the popular, and difficult, martial arts game, Sifu — have revealed what types of free content fans can look forward to during this calendar year. It’s all laid out seasonally, and they’ve even included a helpful graphic.

Included in the roadmap are seasonal updates kicking off this Spring with Difficulty Options and Advanced training, as well as new outfit selections to keep you looking fresh as you fight your way to vengeance. Later this Summer, fans can expect advanced scoring and more gameplay modifiers. As Fall nears, a replay editor will allow you to share your most awesome moves in combat alongside new modifiers and outfits. Wrapping up the Winter season will be a completely new game mode: Arenas, which we will share more about later this year. And of course, even more new modifiers and outfits. 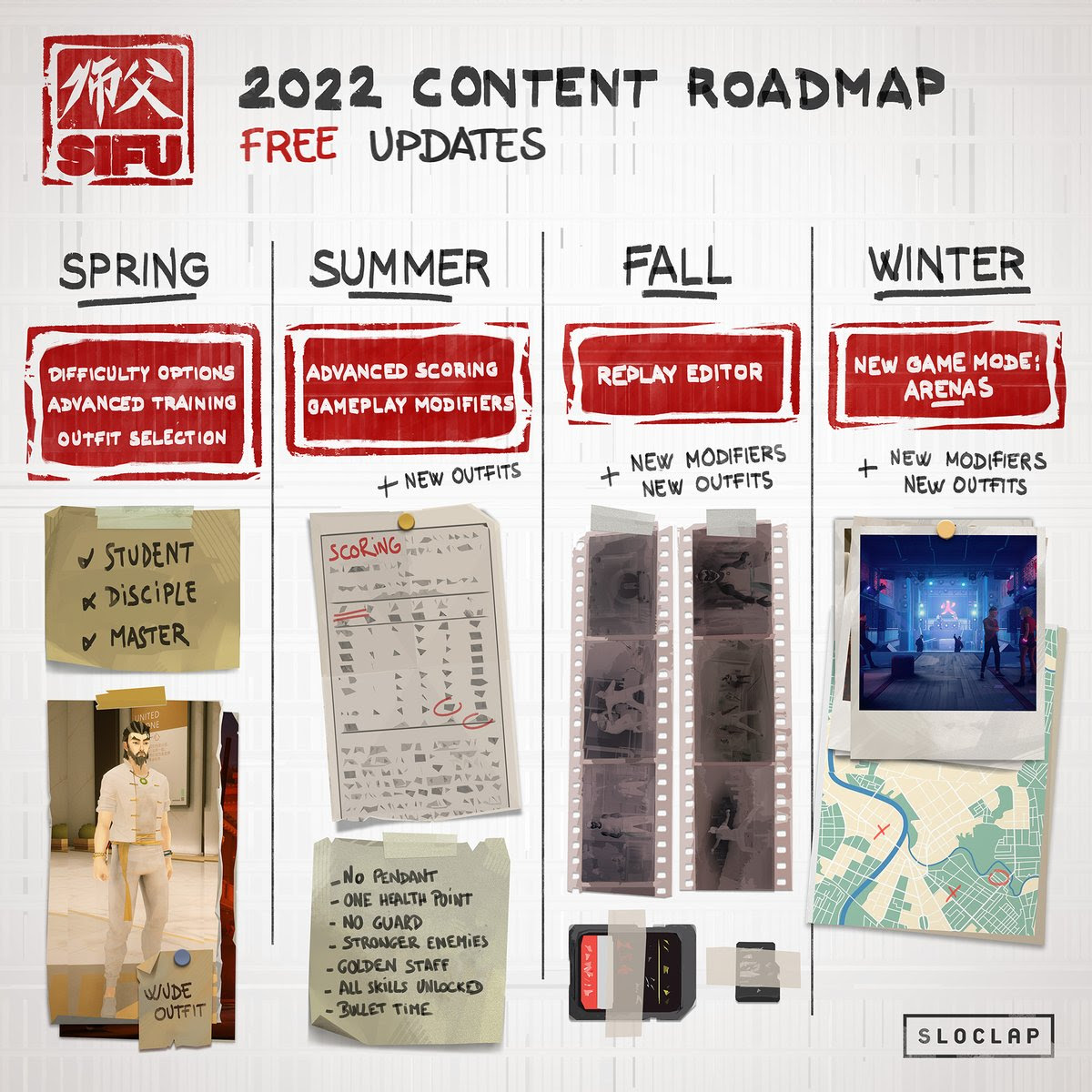