We horror fans are lucky, because there are so many unique and gifted voices to be found within the genre. If you don’t like one particular type of scary, you’ll surely find something more up your alley, and likely find someone whose writing regularly ticks your preferred boxes in the process. One of the more unique characters in this stable, these days, would have to be Stephen Graham Jones, who’s back with another book called Don’t Fear the Reaper.

Here are my thoughts, after reading an Advanced Reading Copy (ARC) from Simon & Schuster Canada.

Don’t Fear the Reaper isn’t a standalone novel, or a completely new story. No, that’s not the case at all. Although it’s another tale, it’s the second of three planned books starring Jade Daniels. A trilogy which began with My Heart is a Chainsaw (2021) and will conclude sometime in the (expectedly) near future.

The story picks up in 2019; four years after the fateful events of Independence Day, 2015, which saw many residents of Proofrock, Idaho, perish while watching the movie Jaws on an inflatable screen. A number of those who were in, or on, the water were murdered by something unknown, and that fateful night has since become legend, while being known as The Lake Witch Massacre, or something close to that.

As the senseless tragedy occurred, and blood and organs filled the local lake, Jade was filmed killing her father, although whether she intended to hurt him remains a mystery to the millions who’ve watched the shaky cam footage. Due to the video proof, she’s been held by authorities and gone through rounds upon rounds of court over the last four years; eventually finding herself released because there wasn’t a lot to go on. After all, the video quality was poor and it wasn’t exactly easy to see what happened.

Jade’s unexpected return to Proofrock just so happens to occur as a terrible snowstorm is set to bare down upon the mountain town. As if being buried under snow, losing power and having their town essentially become closed for business wasn’t bad enough, Proofrock has also become home to another serial killer. His name is Dark Mill South, but it’s not his first. You see, this massive murderer has been throughout a number of states, and has killed many in his travels. The murders have varied in both types and heinousness, and each state has given the perp a different name. Dark Mill South just happens to be his latest, based on — I believe — a town he last bloodied.

The stupid authorities listened to the killer, and took him out in a caravan so that he could show them more of his ‘works.’ They did so as a snowstorm was about to hit, and I bet you can guess what happened. Yes, the caravan of vehicles got blocked from taking its planned route, and decided to take the pass through Proofrock with the help of some massive snow plows. Well, an avalanche occurred, and it killed almost everyone. Dark Mill, expectedly, escaped.

It isn’t long until members of Proofrock’s senior class start to die horrible deaths at different stops throughout the town. A state of emergency isn’t declared because of the power outage, but Jade knows something is going on. She also suspects that there may be more happening than appears to be. Thus begins another tale of Jennifer ‘Jade’ Daniels, who wanted to be a final girl but now wishes she hadn’t dreamed of it.

I mentioned Jennifer’s full name, because she doesn’t go by Jade anymore. That was a different girl or a different lifetime ago, and she just wants normalcy. Gone is her obsession with horror movies — slashers in particular — along with her incessant trivia sharing. She never expected to end up in a town with another killer, though. 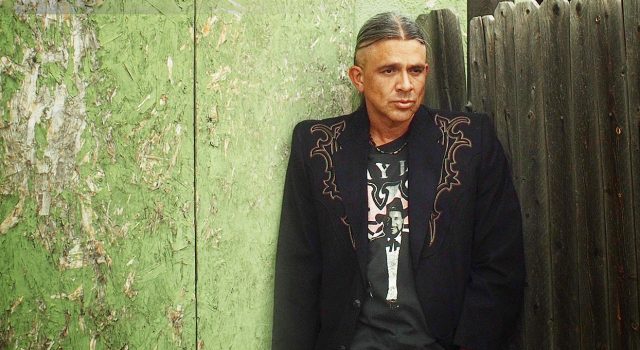 Don’t Fear the Reaper is a pretty lengthy novel, and is a sequel to a book that I didn’t particularly like all that much. When I read it close to its release, I actually found My Heart is a Chainsaw to be too wordy, somewhat messy and far too slow for its own good. I’ve never minded slow paced stories, so long as it’s done well. In that case, it felt like everything plodded along at a snail’s pace, and like I was reading the same things over again. Thus, I wasn’t too sure if I should bother with this one. Thankfully, though, I found it to be quite a bit better than its predecessor, and enjoyed it a lot more.

This may be a similar tale, but it’s not as full of horror trivia and doesn’t beat you over the head with it. As much as I’ve always loved horror movies, that got to be a bit much. There is a decent amount, but it’s spread out well. Meanwhile, the pacing in Don’t Fear the Reaper is much better than that of its predecessor. The characters have more depth, too.

In fact, I kind of found the opposite to be true of this one. It began quite well, and was a lot better during its first three to four hundred pages. Then, the ending hurt it by being a bit messy and weird. That’s not to say it was bad; I just question some of the choices Stephen Graham Jones made, particularly involving a wild animal. Whereas the first book had a really sluggish opening and middle, but picked up and got somewhat interesting as it headed toward its finale, this sequel had the opposite issue. Not as bad of one, though, because the ending was alright.

This is, however, once again a very wordy book. The author has his own style of both writing and storytelling, and it’s become very evident to me. This was my third SGJ book, with The Only Good Indians being my first, and it took me quite a few pages to warm up to that one. All of them have been wordy and oddly descriptive, with passages that are sometimes hard to understand. This one also jumped around to different characters a bit too often, and did so mid-chapter. The chapters started off pretty short, but then they became massive.

I should also mention that, like My Heart is a Chainsaw, its sequel features essays on horror and the killer himself. These ones aren’t written by Jade, but they do appear after each chapter or thereabouts.

If you’re looking for an interesting horror/slasher book to read this winter, you could definitely do much worse than Don’t Fear the Reaper by Stephen Graham Jones. I say that positively, because it was a nice surprise. Although I didn’t particularly enjoy its predecessor, I found myself caught up in this sequel and devoured it pretty quickly. It’s definitely got issues, and isn’t the best I’ve ever read, but it’s a noticeable improvement and quite good overall. Make sure to read the first book, though.

This review is based on a copy of the book that we were provided by its publisher.