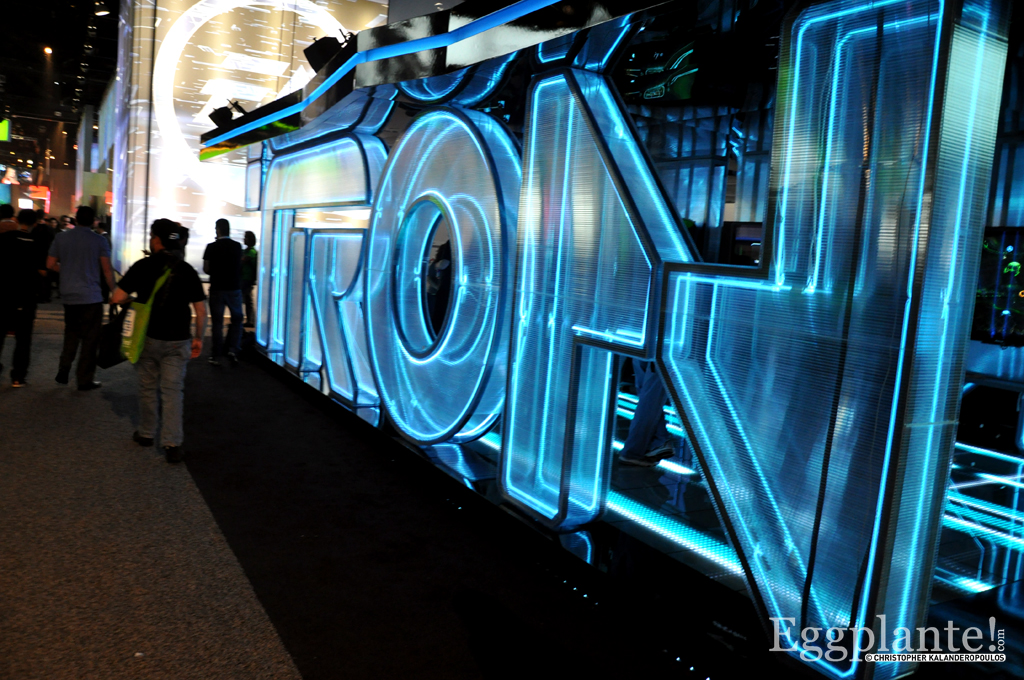 Press Conferences aside, day one of the Electronic Entertainment Expo started off with a pretty incredible unveiling: Parrot’s AR.Drone. The AR.Drone is an iPhone controlled quadricopter with two cameras, motion sensing, and an awesome rig to connect it all. It will debut in September for a penny under $300, but I think it is completely worth the price. Buy two and get some virtual reality games going with a friend. This thing is awesome. And of course, we’ve got a sweet picture of it below.

The rest of the day was pretty much for meandering about the show floor. We didn’t have any major interviews planned, so we took the time to walk the floor and take a look at as much as we could, stuffing our backpacks with swag, and getting absolutely pummelled by the 45,000 others that walked through the halls of the Los Angeles Convention Center.

Day One wasn’t so much about playing games as it was finding out about them. We spent about two hours in each hall, taking in the sights, and there were plenty of them. OnLive had a massive presence with about 16 stations set up to play their console which turned out to be extremely on point and without noticeable lag whatsoever. I thought I was playing a game on a console or PC, disc spinning, right next to me. Nope; the game was being streamed from about 450 miles away. More from them in our Day Three coverage.

Also on Day One, we managed to check out EA’s booth which didn’t have much beyond their traditional sports titles, some new ideas like MMA, and a sweet Pagoni Zonda in the front of the booth. Yes, yes, there’s a picture right down there of the car. Relax.

Other neat things that caught our eye were Glee: The Game, the new Rock Band 3 accessory line up, and the massive Disney presence. They were showing off Epic Mickey, Tron, and their more childish titles, of course. The thing to note is that their presence on the show floor this year seemed nearly double what it was last year. Or perhaps they just had better things to show.

That pretty well wraps up our day one coverage, but don’t let it fool you, Day Two and Three is where it all begins. We’ve got interviews and booth tours with Microsoft, Sony, and Nintendo, as well as OnLive and Ubisoft, not to mention a personal sit down with Tommy Tallarico, to be rounded up by our review of Video Games Live. Stay tuned! 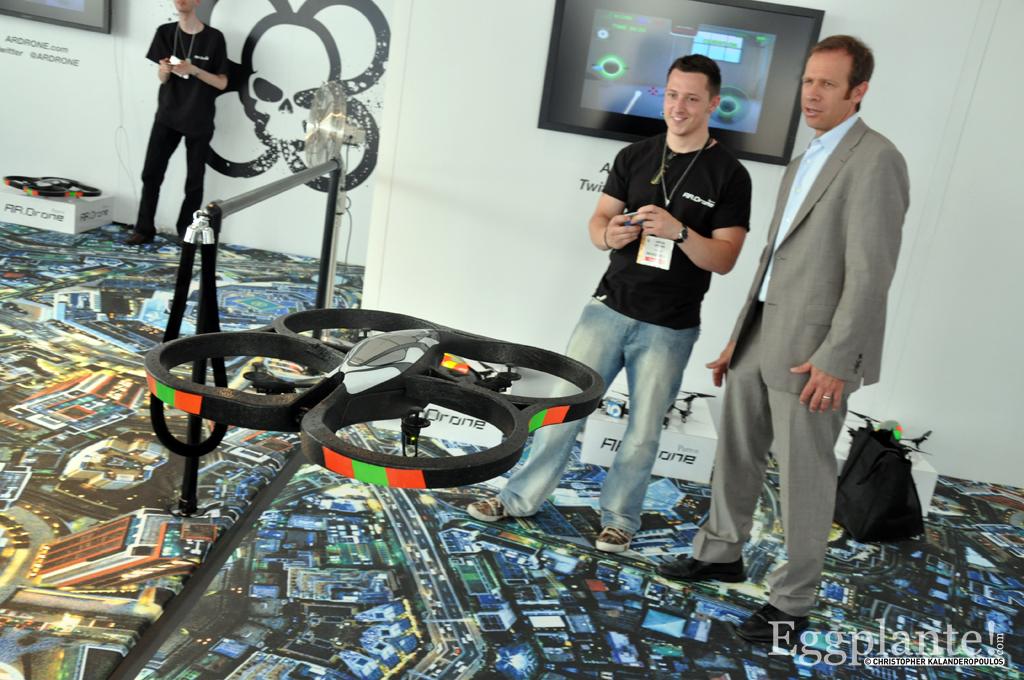 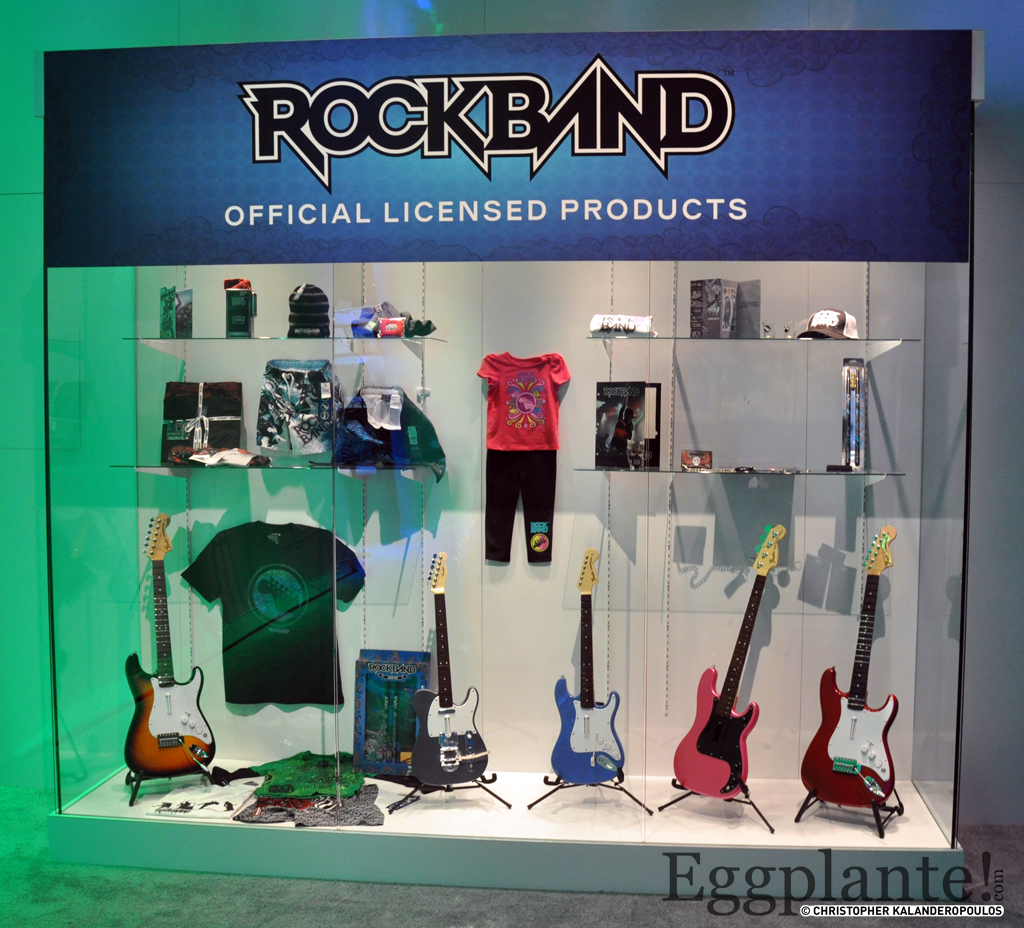 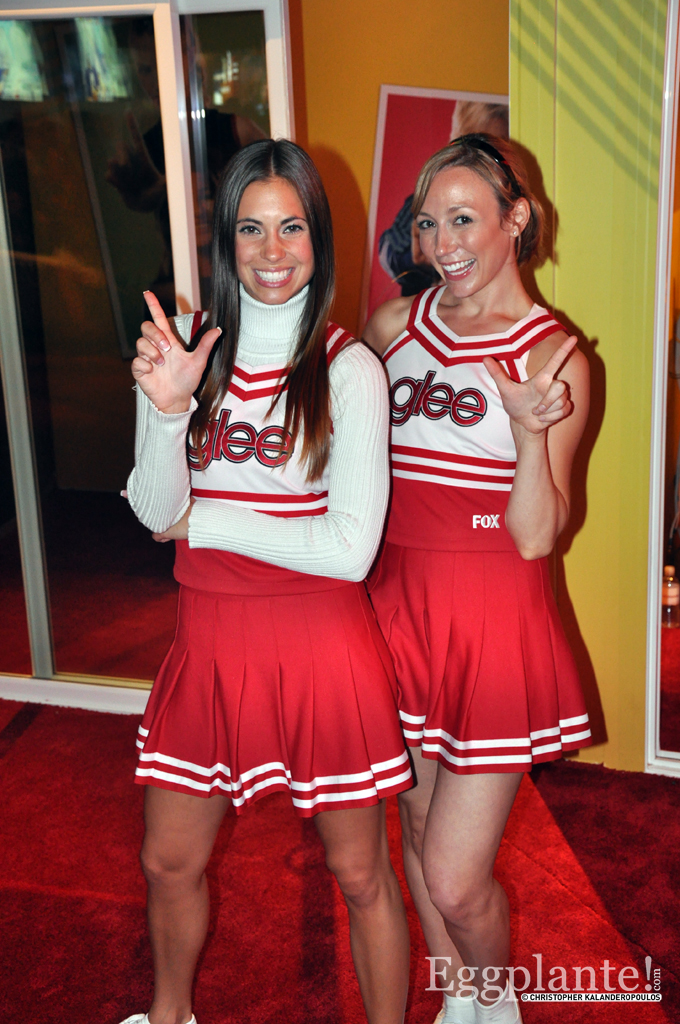 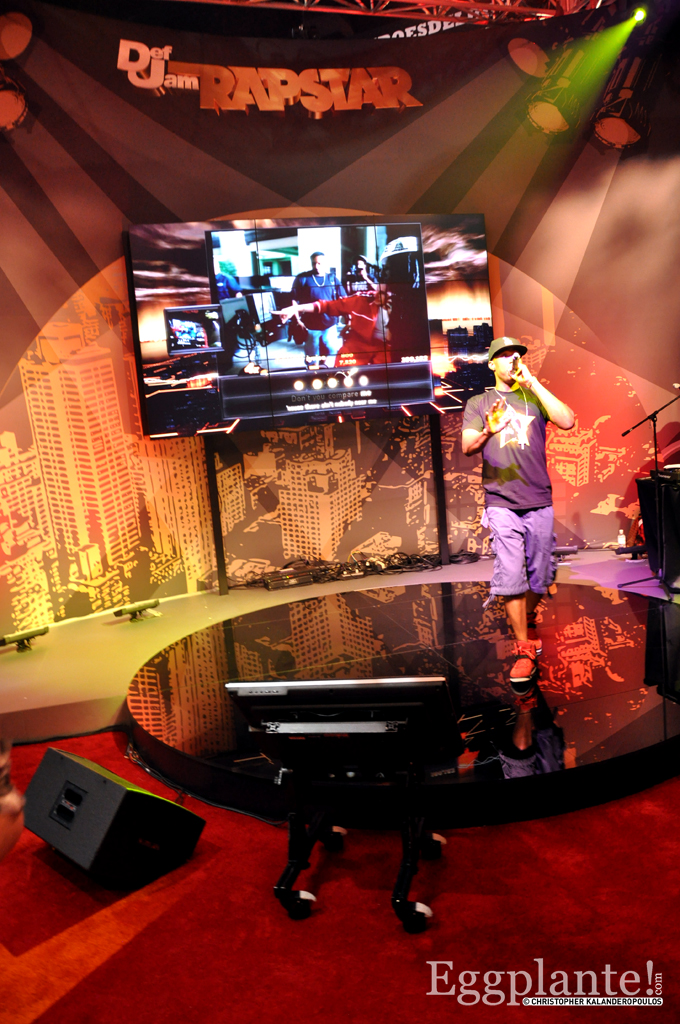