You know, this is the third E3 I’ve been to. And as much as E3 has become a yearly tradition for me, seeing Video Games Live while I’m there become one of its own. I’ve never been let down by a show, and if there was ever a show to completely change things up, this one was it! Tommy Tallarico, creator of the spectacle, likes to make the E3 show a bigger production than most of his other shows. He uses it to introduce big new content, host a whole bunch of guests, and have tons of fun with the crowd in a longer-than-usual show.

This year’s show ran near a cool three hours, although it really goes by in what feels like a 90-minute show. On the list of performances this year were premieres of the music from Resident Evil 5, Red Dead Redemption, World of Warcraft: Cataclysm, and a new rendition of Zelda done by Martin Leung on the piano in the style of Chopin! Apparently that last one wasn’t such a big hit, but I liked it! Then again, I’ve seen three shows, so I had seen FluteLink perform her usual routine quite a few times. Seeing Martin take on such a behemoth of a song was a nice change, and it was very subtle. And if you know Zelda, it is anything but subtle, so this was quite refreshing!

Going through the show was the usual stuff, but in a very unusual way. For example, they started off the show with the costume contest as usual, and Tommy was introduced by Solid Snake, but they had so many guests on that stage over the course of the night, it was just incredible. People like Kinuyo Yamashita, the composer of the Castlevania series (which, by the way, she did when she was in her very early 20s!), Bill Elm, the composer of the soundtrack for Red Dead Redemption, and Christopher Tin, the Grammy award-winning composer of Baba Yetu, the opening theme from Civilization IV. Mr. Tin’s music has been featured before, but this time, he came out to conduct the choir and orchestra. I’m not a huge music buff, but seeing this live, you just realize a sense of gravity about it, and you realize how special it is. It would be like Mozart conducting a piece. There is something very visceral about the show when the original composer leads the instrumentalists. Quite serene and very beautiful.

Now, I need to talk about Tommy Tallarico. I have to say that this man is the epitome of the video game music industry. He makes the industry what it is. And I don’t mean that superficially. See, Tommy hasn’t stretched the boundaries of what music is to include video game themes. He’s performed a far more difficult task: helping people to realize that video game music, in and of itself, is some of the most beautiful sounding music on the planet. Changing the definition of music may have been easier, but it wasn’t necessary. Tommy took on the hard task of convincing people that think video games are just games into realizing how much effort, thought, and reason has gone into every note in the score. I mean, for the first time, a piece of music composed for a video game won a Grammy. A GRAMMY. Two, actually (one for the song, and another for the album as well). And not to take away anything from Christopher Tin, but one has to think that Tommy Tallarico had a little something to do with bringing it to the forefront. And for that, the video game community, and the music community, owes him many, many, many thanks.

The show was of course a resounding success, with most of the seats sold, and the most packed Video Games Live show I have ever seen at E3 in the past three years. Congratulations Tommy and the team – without you guys, E3 wouldn’t be quite the same. 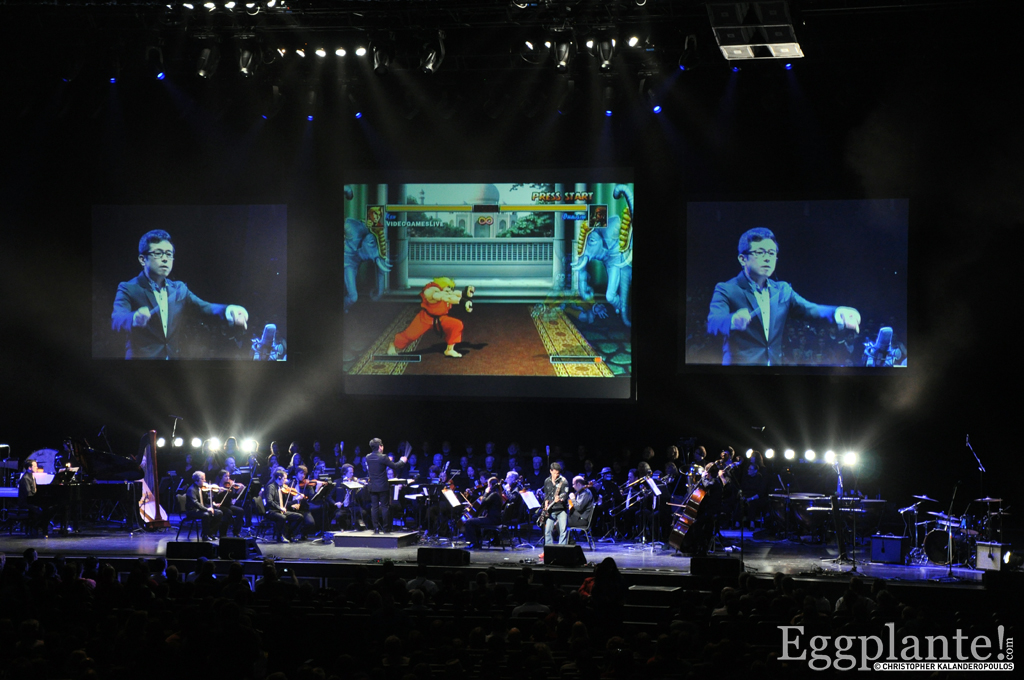 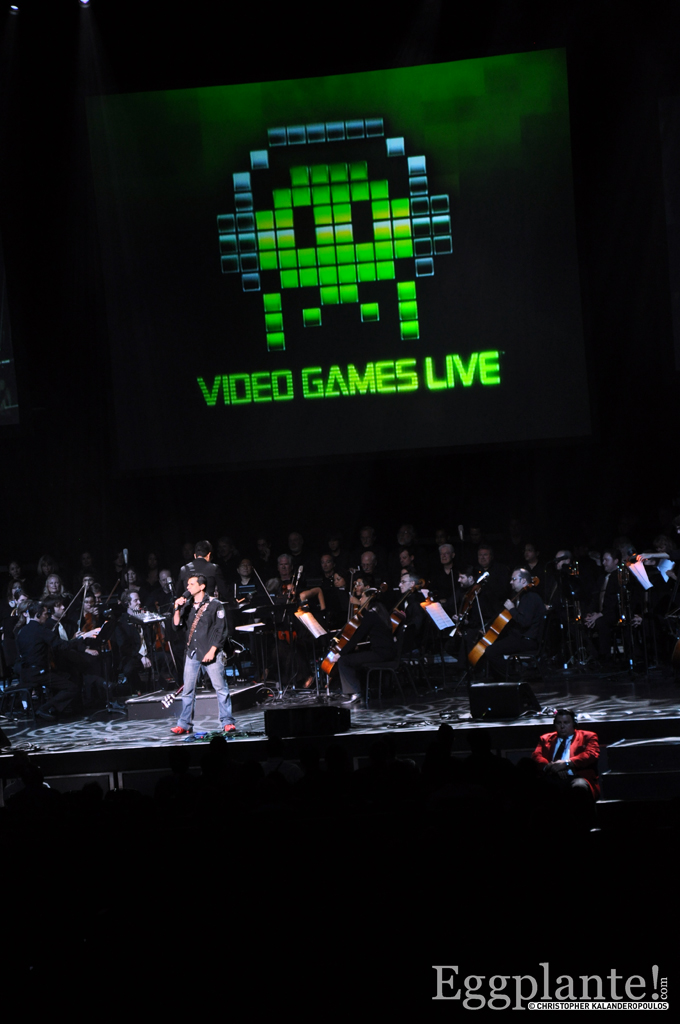 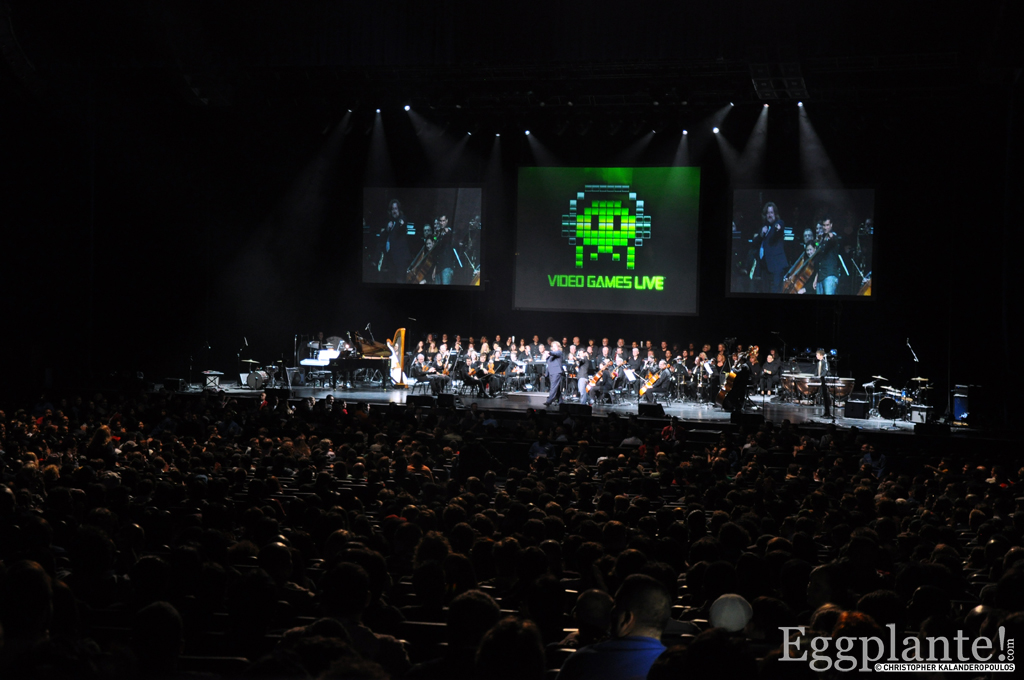 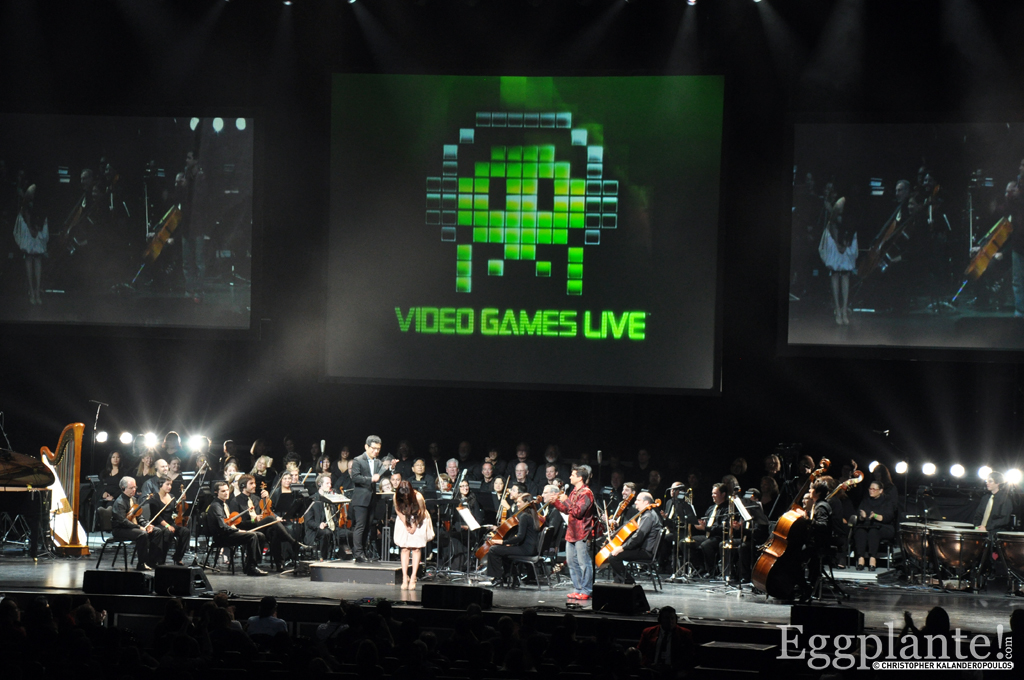