Some amazing talent comes out of Canada, and these two acts are certainly no exception. Alyssa Reid, a young and awesomely talented songstress from Alberta paired up with Neverest, a set of four boys from our great white North to set fire to the music scene as we know it today. Neverest just came off tour with The Backstreet Boys and New Kids on the Block, while Alyssa wrapped last year with Emily Osment, Jesse Labelle, and the Soda Pop Tour. They’re both very early in their career, but they’ve made it pretty huge right out of the gate, and they aren’t showing signs of slowing down anytime soon.

Alyssa started out the night at the Tattoo Rock Parlour with some hits and some lesser known songs. She’s got some great heavy rock music as well as the requisite love songs, and she can hit all her notes with ease. She’s pleasing to listen to and she’s got attitude, but in the best way possible. Her mom was even in the audience to cheer her on, and was one of the three audience members brought on stage in a mini dance contest. All in all, she’s just a playful girl with tons of class.

Neverest followed her set with their own hits like Lovesick and About Us. They were the heartthrobs the audience was waiting for, and they delivered, even bringing a loving fan on stage to be serenaded by lead singer Spyro Chalkiotis. Neverest’s set was great – they know how to get a crowd riled up, have some fun, and really deliver. They had a bunch of laughs, some really beautiful moments, and brought a new sense of class to the boy band routine. And you know, they just got off tour with NKOTBSB and could’ve been total assholes. But they graciously played the smaller venue as if it was their job every single day. Honest, genuine, down to earth people. That’s what a band should be. And they are.

At the show, they act like they’re brothers and sister in a way – they’re cute, fun, and playful with each other. At one point during Neverest’s set, Alyssa came out and covertly started bombarding the guys with laser pointers as her manager looked on approvingly. These musicians are tons of fun, and their sets are awesome. Take a look at the pictures below. I wish I had some of Alyssa, but the lighting was just too harsh to get anything that didn’t wash her out completely in purple. Either way, please do go check out both Alyssa and Neverest on iTunes, YouTube, or wherever else you get your music! 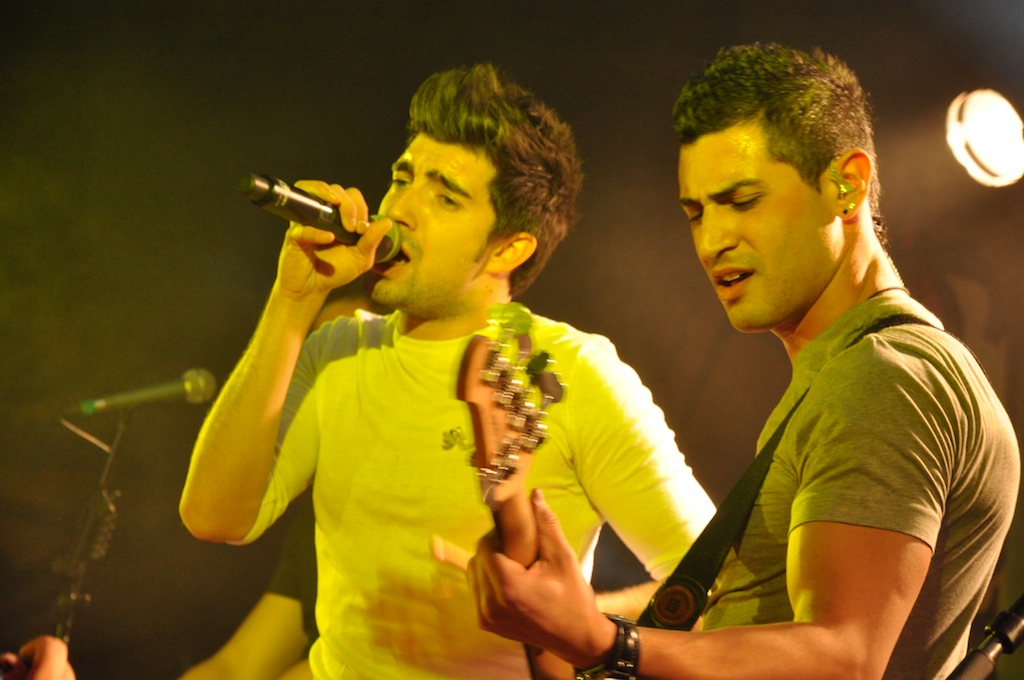