Few things make us feel more proud to live in Toronto than seeing our city highlighted on the world stage. Now, while that’s not exactly what happened with MLB12 The Show, it’s pretty darn close.

See, Jose Bautista, Home Run Champion from none other than the Toronto Blue Jays, graces the Canadian cover of the new sports title for PlayStation 3 and PS Vita. While there’s a Red Sox player on the other covers of the game, the fact that we get our own cover in the great white North signifies something special, considering we usually see the American cover athlete on our games up here.

Sony held a private event last week at their Playstation Lounge in downtown Toronto with the Blue Jays player himself to discuss the game and play a little home run derby with the media and some fans.

The game has been very well received since its release March 6th, earning above-average scores on sites like IGN and GameSpot. While we’re sure the game would be given an even higher score had they had the beautiful Canadian cover of the game, we can’t say for sure until we get our hands on a copy of both the PS3 and PS Vita versions later this week.

In the meantime, take a look at some pictures from the event, including the wild gift box Sony gifted to Bautista with a custom wood-veneered PlayStation 3, beautiful controller, PS Vita, and a copy of each game. As if he doesn’t already have everything! 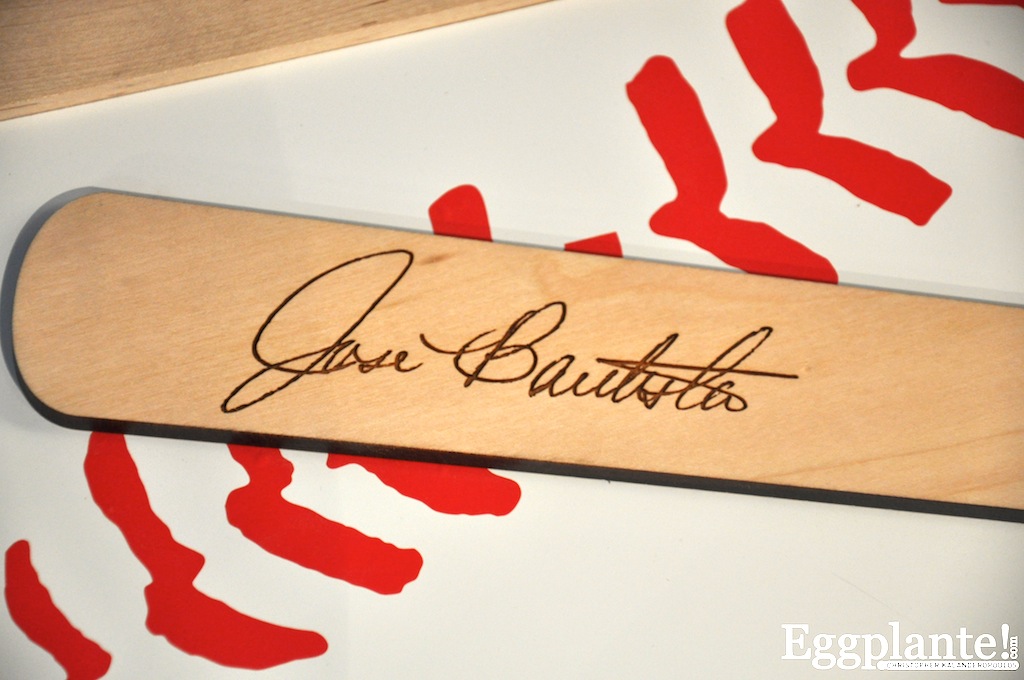 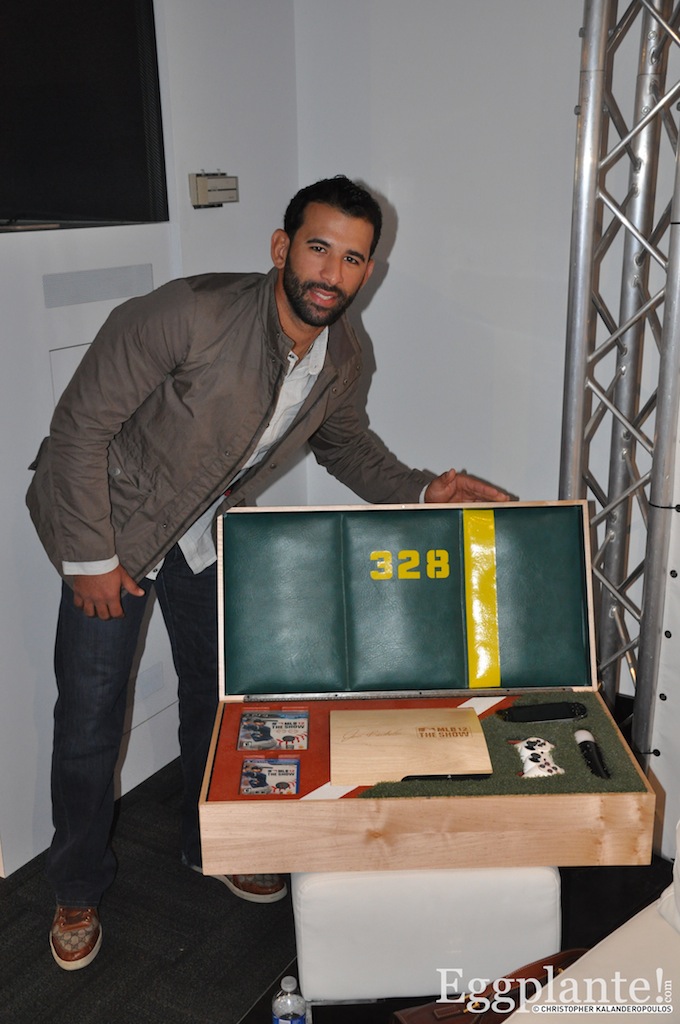 Seriously, isn't our cover just that much better?