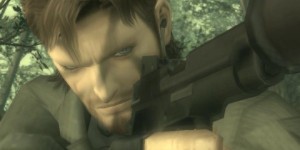 The great thing about remakes is that you sort of know exactly what you’re getting. In some cases, that’s a bad thing, but when it comes to Metal Gear Solid HD Collection for PlayStation Vita, it’s all good. Whether you choose to go down the downloadable game route or buy the tiny PlayStation Vita card at your local wherever-you-buy-games store, you’re getting the exact same experience. And it’s a good one.

Okay, so that’s not quite true; you’re getting pretty much the same game. But damn if it doesn’t look a million times better than ever. Graphics are the main draw here, and this game really shows that the Vita can do. The benefit to seeing remakes of classic titles is that the developers can focus on aspects other than crafting a beautiful narrative or composing rich music and just make a damn good looking game. They did. 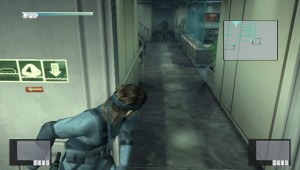 The overall presentation of the collection has some hits and misses. As we said, the graphics and the audio is superb, even with a few audio lip-synching issues and texture pops here and there. But the lighting effects look phenomenal and the game has made the jump to the portable screen very well.

Of course, a game that is as massive as Sons of Liberty or Snake Eater is a bit of a troubling idea on a handheld. These are games that were originally meant to be enjoyed in front of a big screen television in big chunks at a time. It is the same reason we didn’t think Splinter Cell 3D worked all that well, and even why Ocarina of Time 3D was a bit odd as a handheld title. Of course, these are minor things, and the game is still an incredible piece of work and deserves all the praise it can get.

Controls are as you might expect for a Metal Gear game, and one on a device with dual analog sticks: they’re great. No, they don’t have the same finesse as they might if you were using a full-sized controller, but that’s not what this is about. The game has been ported over to retain the original gameplay style, and it holds up remarkably well considering the first in the series was released over a decade ago. Some touchscreen controls have been added, but we stayed away as much as we could. We love our iPhones for touch-only gaming, but when there are buttons to be had, we’re click-fanatics.

The only other major addition to these games is the “transfarring” feature. Just like PlayStation’s CrossPlay – identical, in fact, we’re not sure why they didn’t just call it that – the transfarring option lets you continue the same save game from your PlayStation 3 or Vita, ensuring you always have the latest version of the game on the go with you. Of course, this requires you to own two versions of the same game that you’ve already purchased a decade ago, but they’ve got to make their money somehow, right?

Metal Gear Solid 3D recently released on 3DS (and was subsequently reviewed by the ‘plante, of course), and that event could have positive or negative consequences on this game. The game did certainly whet our appetite for more Metal Gear, but given that half the Vita’s collection is actually the same 3DS game we played months ago, we got a bit tired of it. Sure, the Vita version is clearly spades better than its Nintendo-based counterpart, but the story is identical, and the levels, while slightly different and far more beautiful, are straight copies of each other. Of course, we’re unlike most consumers in that we actually have both a 3DS and a PlayStation Vita, so most people might only ever have to experience one game or the other. If you have the choice, go with the Vita version. In case we haven’t already made that obvious.

The PlayStation Vita is growing the number of quality games in its library at a rate that is outpacing the 3DS, and Metal Gear Solid HD Collection simply adds to the list of must-haves for Sony’s latest handheld.