Sometimes you just have to make the drive.

Sure, Toronto isn’t that much of a hike from Rochester, but it was well worth the trip to see the New Jersey alt-rock powerhouse Brand New at the Sound Academy on Thursday, August 2nd.

Opening up was An Horse, all the way from Australia. I’m normally not a huge fan of female fronted vocals in my rock groups, for whatever reason, and the group didn’t really do anything noteworthy or bring anything that memorable to the table.

Next up was Cursive. I was going in completely uninitiated to the Omaha-based rock group, and was quite surprised at how much I liked them, at least at first. The group played a wide mix of songs, I’m guessing spanning its 16 year history, and some of it was awesome, but the back half of its set had me wondering which songs were what the band used to sound like and which were what it was writing now. Either way, there was enough good stuff going on to make me want to check them out more, at the very least.

And last but not least, Brand New. There’s always such tension in the air before a really good act takes the stage, that palpable moment just before the crowd goes wild. And wild it went: The crowd was rabid; as the band took stage the crowd, who had been quite complacent and barely moving the whole night, rushed the stage and turned into a foaming sweaty sea of music induced paranoia.

And that’s not to say that the band didn’t meet its fans half way. Even while focusing on its newer, darker, and more tangential material, the band was pouring sweat from its glands, running, jumping, back flipping (or maybe it was more of a duck, crouch into a back roll, but the point stands) though a two hour set. Front man Jesse Lacey, quiet and shy when addressing the audience, yet fierce and fevered when screaming and abusing his poor, poor guitar, was the man of the hour by all means, but each member on stage was bleeding out every note. I was also impressed to see the group wasn’t afraid to shy away from playing exactly how the records sound (To the point of Lacey even changing vocal melodic notes), but that, if anything, just ads to the musicality of it all: It’s not how the songs sound the same night after night, but how the group mixes things up.

Even if it wasn’t my personal perfect set of material, there was no denying the presence or power of the group on stage. It at least played my dip song, “Jude Law and a Semester Abroad,” but I had hoped for a little more of its older stuff, and could have done without some of the quite nightmare-inspiring slideshows playing on the screen behind the band. I’m still surprised, and impressed, with  how intense the group was, especially that slower experimental music isn’t the most dance friendly stuff in the world, but the show was up there with some of the more intense I’ve seen, and that’s saying something. 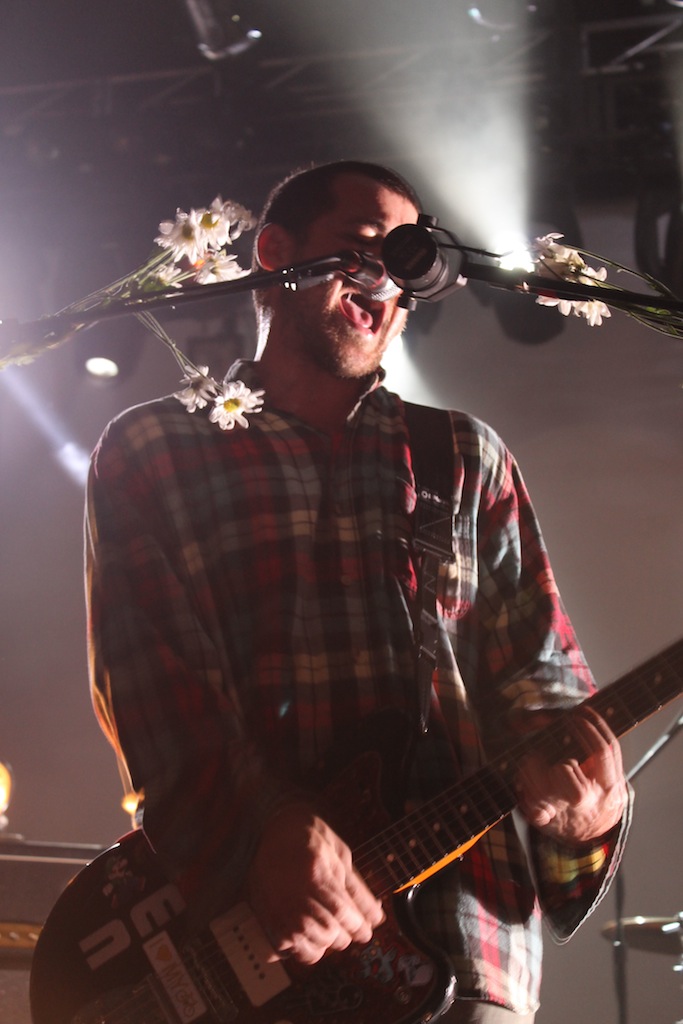