Apple is a company near and dear to our hearts. We love their products but still understand why others may not share our enthusiasm for the often glass and aluminum creations.

But there is something to be said for the way Apple fumbles with certain things. We liken the Cupertino’s companies missteps to some very carefully planned execution. After all, there is no way one company can really just make every problem disappear, can they?

The big fumble that probably comes to mind in recent memory was Antennagate. It referred to holding your phone in a certain way that would actually cause it to lose reception and drop calls. This was handled uncharacteristically by Apple, where rather than saying nothing, they hosted an event about it and showed how they do what they do to prevent dropped calls with extensive testing and the like. Of course, like no one else could have, Apple didn’t deny any sort of problem, but they shifted the mentality to be that all phones have these problems.

And (almost) just like that, the issue went away.

Well, with the release of the iPhone 5, we’ve seen three new things crop up, each a bit more bizarre than the last, and we wanted to break down Apple’s so-called fumbles for you, and show how they are actually just strokes of genius.

1. The iPhone 5 is too light. Let’s start with the most absurd here. Apparently, there are some users or potential users of the iPhone 5 that are complaining that it looks heavier than it actually as, and so it feels flimsy. We highly doubt that the reason Apple made its latest iPhone super light because of any sort of foresight into this, but we’re thinking that if they were genius enough to do it, that the hysteria caused by the iPhone being too light would be so absurd that it would automatically make the phone more popular. 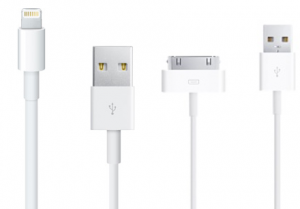 2. The Lightning connector makes all my accessories more difficult to use. Face it, technologies change. And the new dock connector (called Lightning) is the future for your Apple products. The iPad will be getting a Lightning connector, as will all future iPods (most of them already have it), and we wouldn’t be surprised if a Lightning port showed up on your MacBook Pro just to charge your iPhone or iPod with a smaller cable.

Apple created the 30-pin dock connector nearly ten years ago, which is an eternity in the tech world. Let’s put it this way, in the last ten years, we’ve had both the Xbox and the Xbox 360, six Harry Potter films, nine Britney Spears albums, and an entire economic meltdown and the beginnings of a recovery. So we think it’s okay that Apple updates the dock connector with something a bit more fitting. Of course, the idea is that without the new Lightning connector, your precious new iPhone would be heavier and thicker than before, and the top of the phone wouldn’t be as svelte as it is without the headphone jack up there.

First-world problems. Really, how hard is it to have a small adapter for your dock-connector accessories? Remember when cassette tapes became CD players became MP3 players? Or how VHS tapes became DVDs became Blu-Rays? Sure, there will be some growing pains, but in the end, it’ll all be worth it.

3. Apple’s iOS 6 Maps suck. Yeah, you know, we have to admit, Apple’s iOS 6 maps aren’t great. They’re awesome! Really, how many times did you use Street View anyways? Fine, Flyover has about as much use as Google’s street-level viewer (which isn’t much, really), but the fact that Apple has taken the leap to develop their own mapping solution means that they are becoming more and more of a content company. They realize the importance of having their own in-house apps for things like Maps. And like the new Lightning connector, there will certainly be growing pains. But when the ground levels out and the user experience surpasses that of Google’s maps, will we not all be able to breathe a bit easier?

The Maps fiasco has been blown way out of proportion by the media, and we think it is to be commended that in the time Apple announced their maps to the time that they launched in mid-September, they managed to photograph, composite, and render dozens more cities for their Flyover tech than we ever thought they could.

Regardless of your opinions on the Cupertino giant, Apple makes incredible products, and doing so means making sacrifices now so that the product can grow and be even better later. We’ve seen Apple go through massive transitions, like the change from PowerPC to Intel microprocessors in all of its computer line, both desktop and portable. And that went off without a hitch. Sure, there were some issues with third-party software and migration, but for the most part, the transition went off without a hitch.

We’re in a similar transition now with the MacBook Pro away from optical drives and hard drives with moving parts. Apple is slowly transitioning their technologies across all their platforms to make everything more seamless and, well, better. At the end of the day, that is the goal, and one that Apple is achieving every day it innovates.