History tells us that video game movies are traditionally not very good. They tend to have pretty A-list actors starring in them – Angelina Jolie in Tomb Raider, Mark Wahlberg in Max Payne, and Jake Gyllenhaal in Prince of Persia, to name a few – but usually fall flat in story and execution. 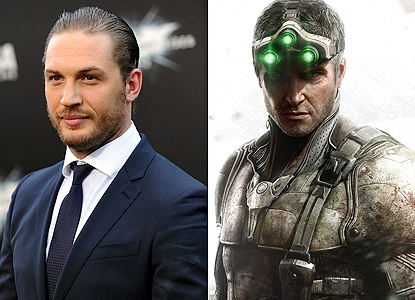 However, with casting of the Tom Hardy in Splinter Cell and Michael Fassbender in Assassin’s Creed, are we going to see real character actors take on real character video game franchises?

Our problem with movie games of years past is that characters were never as flushed out as they needed to be to create a great video game around them. Lara Croft is known for her sexy tomb raiding, but beyond her polygons on screen, there was little to her (though that will probably all change in March with Crystal Dynamics’s reboot of the Tomb Raider franchise). Max Payne was probably the most one-dimensional of the recent video game to movie adaptations, whereas Gyllenhaal’s Dastan was the most bearable of the bunch because his character was more flushed out in the games.

When we think Splinter Cell, we think Sam Fisher. Anyone who knows the series well enough knows that the game is less about stealth and more about character development. Fisher is a badass, but he’s quick witted and very learned. This could translate extremely well into a movie, if they get it right. Tom Hardy is set to play the role, and after his excellent performance in The Dark Knight Rises, we have high hopes for him.

Assassin’s Creed is a bit of a different story. The game is not so much focused around one character but rich, deep storytelling that takes real-world events and adds a single person’s perspective into it. It is very much a hero’s story while remaining an underdog tale. This movie could go either way, but with Michael Fassbender signed on, it could be an excellent picture.

We’re very excited for the game movies that are on the horizon. However, we’ve been burned (and burned bad) by game-to-movie adaptations before, so it is very hard to not put our guards up. We love Splinter Cell and Assassin’s Creed immensely and we can’t help but think how the series might be tarnished if these two films specifically aren’t handled with care.