One of our favourite games growing up was Killer Instinct for the SNES. One of the first fighters we played, it featured incredible graphics, great audio (if not a little repetitive), and unlike the Street Fighter series before it, a wide variety of characters and creatures.

The game was published by Rare who also had their hands on GoldenEye 007 and the Banjo Kazooie series. Since Microsoft has snapped up Rare, it looks like the Redmond-based company is trying to revive the franchise for its next Xbox (our speculation judging by the timing). Unfortunately, their trademark renewal application has been rejected by the United States Patent and Trademark Office (USPTO).

The reason cited for the rejection is actually because of a little-known Fox Network show of the same name that debuted in the same year that Killer Instinct was ported to the SNES (the game originally started out as a stand-up arcade box). 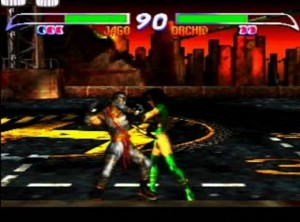 Joystiq followed up with a lawyer, Mark Methenitis, who also publishes a blog about video gaming and gambling law. In regards to the ruling, he says that it means “more or less nothing,” citing Microsoft’s ability to prove why the franchise is relevant and more importantly, why there would be no confusion if the Killer Instinct badge is renewed.

He also mentioned that he imagines “Microsoft has a pretty strong position reverting back to the previous Killer Instinct games,” and given that the game’s roots predate the television program, the folks in Redmond should be just fine.

Assuming the trademark is renewed, there is nothing to say that we’ll be getting a new Killer Instinct title anytime soon. Assuming they haven’t already found a development, laying out a plan for a new game in the series that has remained largely untouched for almost two decades could be a daunting task.

We only hope it comes with the same code to get Eyedol that we remember from the original game. (For those about to dust off their old SNES carts, you hold right and then tap L, R, X, B, Y, A).