Sorry for the header image. We know you can’t unsee it.

The tenth Spike Video Game Awards (VGAs) have now come and gone, and with them, a whole lot of awards and new games shown off. We’re not really going to touch on the awards portion of the game (we’ve posted all the winners below), but we wanted to talk about the new footage and game announcements we were treated to.

The first game we got a look at is one we find out is called The Phantom Pain, a gritty, very realistic look at what dreams and hallucinations look to be. A man awakens (presumably from a coma, as he is in a hospital), sees a hook has replaced his arm, and begins seeing some pretty incredible things before his eyes as he tries to escape the hospital. Things like whales exploding and unicorns made of fire. Yes, unicorns made of fire. This is clearly a nightmare, and the game closes on a shot that looks eerily similar to Solid Snake.

The Phantom Pain is quite obviously very much a phantom in that the game will not end up being called that at all. In fact, as we could tell from the very beginning that the character was Big Boss from the Metal Gear Solid franchise. More on that in a future post, though. 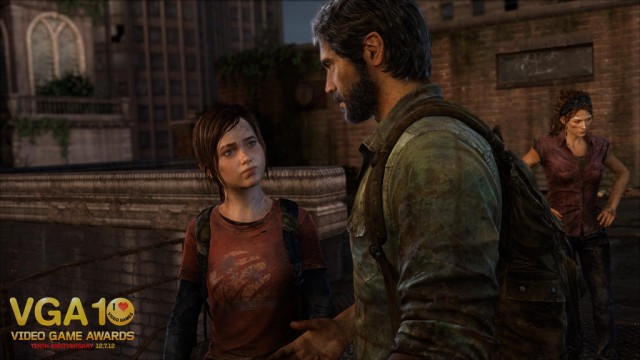 The next world premiere is for Castlevania: Lords of Shadow 2 and The Last of Us. The new Castlevania stuff looks great, although very familiar, and frankly, it doesn’t get us super excited for another entry in the series. The Last of Us, however, looks like the game has almost changed direction since last time we saw it. Of course, that’s not likely the case, but we’re seeing things in the new trailer that we haven’t seen before. In the past few trailers, we see Joel and Ellie as lone rangers in the game, but this new trailer shows us new characters.

The biggest question in our minds is still how good the artificial intelligence will be for Ellie in the game. A lot of effort needs to be put into making that perfect, since the entire believable format of the game could fall apart without it. Of course, this is doubly important if there ends up being more than one non-player characters in the game, as it seems there are from the latest trailer.

Probably the most important piece of news regarding The Last of Us is a confirmed release date: May 7, 2013.

Our next world premiere contains a whole mess of dragon bones, and not the kind you’d find in something like Skyrim, either. This is Dark Souls II, because games aren’t hard enough already. Easily one of the most difficult yet satisfying games in recent memories, the Dark Souls II teaser doesn’t come with a whole heck of a lot of information, but we’re sure we’ll get more as 2013 rolls on. We’d peg this one for a holiday-2013 release.

Some Linkin Park and Snoop Dogg later (no, we’re not calling him Snoop Lion), and we see an expansion for one of this year’s most successful titles, Assassin’s Creed III. The downloadable content is called The Tyranny of King Washington, and will feature three-parts as an episodic content download, not completely unlike Halo 4‘s Spartan Ops, although that was included with the original title. The official synopsis from Ubisoft does more justice to the expansion than we ever could, so we invite you to read it yourself:

As the revolution comes to a close, a new and most unexpected enemy emerges. Driven by the desire to secure the fate of the colonies, the greatest hero of the revolution, George Washington, succumbs to the temptation of infinite power. The new King is born and his reign leaves no one untouched. To return freedom to the land, our new hero must dethrone a tyrant he once called friend.

And with that, and a few more awards, we’re given our first real glimpse at Gears of War: Judgment. The game looks awesome and seems to diverge a bit from the usual linear storylines of the first three entries in the series. To be clear, however, the game looks just like a Gears of War game, as you might expect. Very blue, very grey. It actually doesn’t feel even the slightest bit different, the way Halo 3: ODST was clearly Halo but also clearly its own entry in the franchise. We’ll see how it feels when we get into gameplay first hand (probably at E3 2013), so we’ll reserve judgment (see what we did there?) until then.

We got another sneak peak at Tomb Raider, although nothing that we didn’t see at E3 2012 this year. For the record, it still looks incredible, and it launches in March!

Half-Life 2 wins Game of the Decade (that doesn’t make sense to us, but maybe that’s why we don’t judge these things), and we see the last (quasi-)world premiere of the night. Halo 4‘s Spartan Ops has gone on hiatus for a little while, but when it returns in January, it looks to be stepping up its game in terms of storyline and design. Cinematics look to be more intense, almost reaching the pinnacle of the campaign’s story, and there seems to be something serious hanging in the balance while we fight for the sake of the universe. We’ll see how it all plays out, but Spartan Ops is going to keep us playing Halo 4 until Halo 5 comes out. Okay, maybe not that long, but the episodic content does add a heck of a lot of new content and replayability to the game. 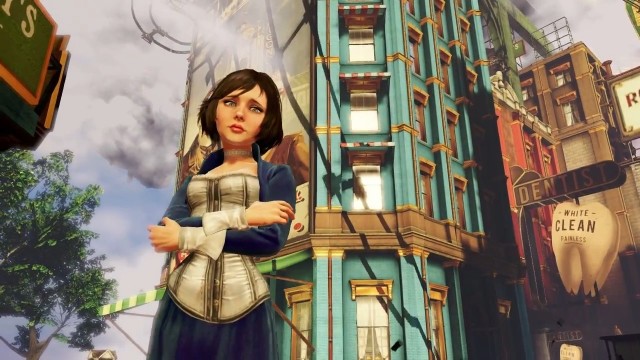 In the final gameplay demo, we are treated to Ken Levine and BioShock Infinite! The game looks identical to what we’ve seen (and it should, since it’s coming out in just over three months), but that’s not a bad thing at all. The gameplay looks smooth and colourful, yet still retains the creepiness of BioShock. There’s not a whole heck of a lot to say about it, really, other than the fact that its lighting and particle effects are some of the best we’ve ever seen. The game retains the visceral but very bizarre mechanic that made the first two games so popular, as well as some really interesting weapons that we’ve never seen before.

Spike’s VGAs seemed to be a success, and while the show had some great moments and focused a lot on music, the unsung hero of video games much of the time, something about it left us feeling a bit unsatisfied. We were treated to a lot of big titles, but nothing huge we didn’t really know about. Sure, we saw The Phantom Pain, but we don’t know how much of that will actually become Metal Gear Solid V or what to make of Dark Souls II this early in the cycle.

Until next year, here are the winners of the show for 2012.