Big shocker here: if Crystal Dynamics’s Tomb Raider refresh/reboot/re-whatever-it-is does well in the market, they’ll be doing a sequel to the game.

Good thing, too, because according to the developer, Lara’s story needs a minimum of another game to be fully told the way they’d like to tell it. Via the Tomb Raider Twitter account (@tombraider) helmed by Global Brand Director Karl Stewart, we learned that the game will take about 12 to 15 hours to complete, “depending on your play style.”

This range of hours will likely include side-quests and other optional content, but we’re not sure how much of a linear game we can expect Tomb Raider to be. 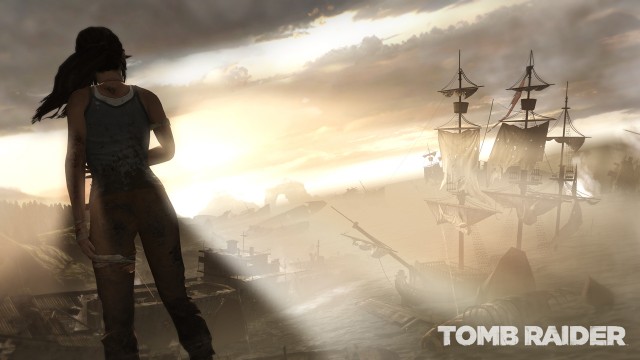 It is confirmed that Lara will have a regenerative health system, making it less realistic than storing up health packs and finding some time to cut gauze and position bandages, which could have made for a cool little mini-game (just kidding). Also, despite being shipwrecked on an island, Lara can’t swim this time around. Rather, she can swim, but won’t be in this game. This decision is probably less to do with crafting a water animation and more to do with the seamlessness of the world. Without being able to swim, there are no invisible walls in the game because the developer can just throw up a small body of water clearly marking off the world.

We’re okay with the length of the campaign if it’s all meat. Given Halo 4‘s rather disappointing six-hour campaign and how quickly we managed through that one, we are really looking for some more hearty chunks of gaming, especially when they look as good as Tomb Raider.

We’re a bit less impressed by the lack of swimming, because we could really see some amazing puzzle design and swimming mechanics in the game, although we suppose they do need to leave something new for the sequel.

Tomb Raider looks better every time we get our eyes on it and it’s has the very real chance to change the landscape of what is doable in gaming. It explores both familiar and unique territory with everything from questing and archery to understated sexual assault.