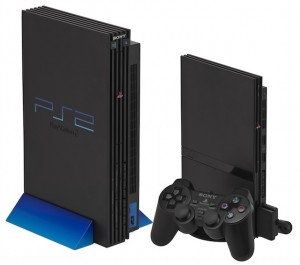 As we approach the next generation of consoles, Sony has seen fit to put to rest its previous generation PlayStation 2 in Japan.

The incredible black box, known for starting off impressive franchises such as God of War and Ico, has been in existence since early 2000 and would have reached its 13th birthday this March. Sony managed to sell over 150 million units of the most successful console in history, only to be outdone by Nintendo’s DS platform (considering length of time on the market), assuming we’re throwing home and portable consoles in the same pool.

The PlayStation 2 brought Sony into the next generation of consoles with a bang. With an introductory price of $299, a lot of people scoffed at the expensive tag of the console, but still happened to buy the thing in droves. As the first successor to Sony’s massively successful PlayStation, over the next 12 years or so, the console would become home to over 2,000 games, second only to the original PlayStation at just over 2,400 titles.

Sony last dropped the price of the PS2 in North America in 2009, from $129 to $99, and sales of the last-gen console actually showed a slight increase once Sony dropped legacy support from the PlayStation 3.

The PlayStation 2 had a great run, and while it is technically still alive and well in North America, there aren’t many (if any) retailers that are still stocking the system. If you can find a brand new PlayStation 2 sealed in box, it’s probably worth picking up and collecting for a decade down the road.

Congratulations go to Sony for all their success with the PlayStation 2 and here’s hoping the PS4 that we’re hopefully going to get a glimpse of this year repeats the trend of great consoles from Kazuo Hirai and Company.

Do you have fond memories of the PlayStation 2? What were your favourite games for the console? Let us know on Twitter and Facebook!