Next week could prove to be a big one for Pokemon fans if the rumours hold true that Nintendo and The Pokemon Company will be announcing a new entry in the game franchise.

January 8th was noted at the end of the Japanese trailer for Pokemon Black Version 2 and Pokemon White Version 2 to be the day when big news in the franchise would finally come to the surface. A lot of people are expecting this to be a new entry in the portable series and first for a main entry in the series to be for the Nintendo 3DS. 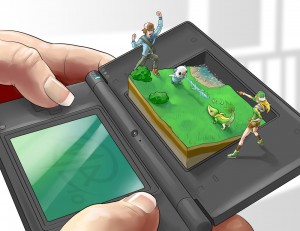 Not a bad idea, even if a bit, well, impossible.

We, on the other hand, are expecting something much bigger. Our fanboy selves tell us we’re getting both a Wii U and 3DS game that have some sort of major cross-connectivity built-in, if not being the exact same game (save for the graphical differences). Our more realistic side tells us that the game will be a new entry for Wii U with the first real display of unique uses for the GamePad from a first-party title.

The 3DS spin-off Pokemon Mystery Dungeon: Gates to Infinity has been announced and will actually be the first title in the franchise for the 3DS, but will not feature traditional RPG gameplay we’ve seen in everything from Pokemon Blue to Pokemon Black. Gates to Infinity is set to release in March and we’re praying that Nintendo hasn’t just fooled us all while they’re only planning to give us more details on that one.

One of the directors at Game Freak, the lead developer of Pokemon titles, Junichi Masuda, has said that he has plans to further evolve the world of Pokemon in 2013, leading some people to think that the big news might be a major entry in the handheld Pokemon series. Of course, it’s only January 3rd, so there’s nothing stopping Nintendo from releasing another game in the series this year alongside others!

We’ll make sure to keep you posted with all the latest Pokemon news as it becomes available! Of course, we also wouldn’t mind if this was the big announcement: