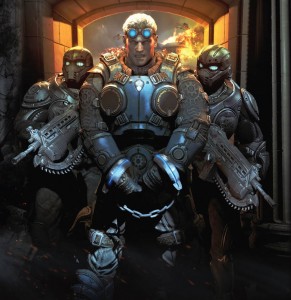 The title says it all, really. Those who buy Gears of War: Judgment will also get a copy of Gears of War included for free. The original game sells for $20 via Xbox LIVE.

Only “early copies” of the game will include download codes for the digital copy of the original game in the franchise, though how many copies will be considered “early” copies is not known at this point. If the game sells well and earns a second printing, that batch probably won’t have the codes, but we’re pretty sure that the game will only be minted once, meaning every copy will net you a code, even if you manage to find a new copy of the game in a year or two.

According to the game’s developer, Epic Games, over half of Gears of War 3 players never played the original game, so this could be a great way to get people to go out and buy the second and third entries in the series.

Judgment is a prequel to the original Gears saga, so including the first game in the series will continue the story perfectly for gamers who’ve yet to experience it.

There’s a new video showing off some of the game’s features called “The Guts of Gears,” and we’ve so kindly included it below, so take a look! Gears of War: Judgment lands on March 19th, exclusively for Xbox 360.