One of our favourite sites (though not yet actually one of Our Favourite Sites), IGN has reportedly been up on the auction block for the past six months or so. 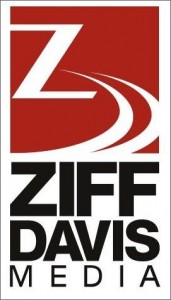 The entertainment giant was acquired by Murdoch’s News Corp. in 2005 for about $650 million, and it’s looking like J2 Global, the parent company of another news and reporting giant, Ziff Davis, wants to snap it up. Probably the more interesting fact right now is that News Corp. is only looking to get about $100 million for the company.

Sources close to the negotiation told AllThingsD that News Corp. bought UGO to do a gaming site spin-off, but that fell flat, and so they’re trying to offload IGN and its other properties, which include AskMen and GameStats.

For whatever reason, IGN has seen a drop in value by about 85% in the past decade or so, and it seems like News Corp. doesn’t want to be taking on any additional debt with the company.

IGN president Roy Bahat left back in August of 2012 and while that signalled a change for the company, it wasn’t clear if it was due to contract negotiations of rumoured buyouts. At this point, we really don’t know any details of the proposed sale to J2 Global (or any other company, for that matter), but we have a feeling there will be some big changes at IGN in the next few years.

As cost cutting and revenue generation becomes more of an issue, we expect IGN’s format to change more into authoring content as opposed to producing video, as well as a lower spend on large events like E3 and GDC. With that said, now that G4 is no longer working with E3 (if for the simple fact that it doesn’t really exist anymore), perhaps this is a good chance for IGN to pair up with the gaming convention giant and see some improvement to their bottom line.

Time will tell, and we’re excited to see what does happen to IGN, though it won’t happen over the next weeks or anything even remotely close to that speed. If IGN is sold to anyone, the changes we see, assuming it isn’t collapsed on the spot, will take place over months and years.

We’ll make sure to keep you updated. The best place to stay caught up is the official Eggplante Twitter and Facebook Pages!