Sega’s Dreamcast was very much an outcasted system. Released in 1999, it cheaped-out on optical media and went with CDs instead of the upcoming DVD format, was easily hackable, though it was relatively inexpensive at launch at just $199.

The hackable nature of the console actually proved to be a boon in later years as the Dreamcast is the only console that is still in active development over a decade after it was considered a discontinued product. To put that into perspective, the last game released by a big-name publisher for the console was NHL 2K2. 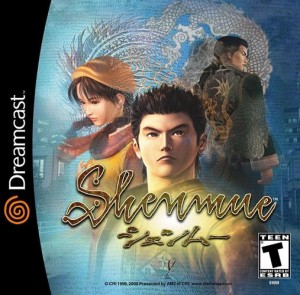 Shenmue was easily one of the Dreamcast’s best titles. Its sequel also came out on Microsoft’s Xbox in 2002.

It seems that there is still a big enough niche market for Dreamcast games as they are still being made, though in very small quantities. This year, however, six (yes, six) titles are scheduled for release on Sega’s Dreamcast in 2013.

All the games are from smaller indie developers (duh), but the titles actually look quite appealing. They all tend to be very colourful traditional Japanese-style titles, but there is a fair bit of imagination here. We’re really excited about Ghost Blade, a shooter that promises a really robust scoring system alongside online leaderboards.

Sturmwind is another title that looks amazing, if only for its retro-yet-futuristic art style. This is a title that was actually scheduled for release in 2012 and has been in development for the better part of a decade, but it has been showing good improvement with every new reveal.

Redux: Dark Matters is a fast-paced, side-scrolling aerial shooter much in the style of the Metal Slug series. This one looks like a ton of fun if only because of how much is happening on-screen at any given time.

We love that Dreamcast development is still alive. We won’t say it’s alive and well because the games do require you to not only own a Dreamcast, but have an interest in picking up a game that has taken years to develop and probably won’t net you more than a few good hours of gameplay. With that said, the fact that people love the system so much to keep it alive after over a decade of people stuffing them in their closets its incredible to see. This is especially true after Microsoft announced that it is abandoning XNA development for their current systems.

Take a look at all the games (and more) that we mentioned over at Thunderbolt. Are you excited to play any of them, or are you more excited about the Dreamcast 2 that Sega is poised to announce at any minute? Let us know on Twitter and Facebook!