The Microsoft XNA toolset was announced back in 2004 as a way for people to get their hands on a development kit that they can use to (relatively) simply develop games of their own. It ran on the .NET platform and would eventually evolve into a few different forms as platforms changed and new devices such as phones were added to the mix.

Microsoft recently sent out an email saying that XNA is no longer in active development and is expected to be completely retired by April of next year. The software, which was mainly used by independent developers, allowed users to create games for Xbox LIVE, Windows platforms, as well as Windows phones, but it has not been adapted to be compatible with the new Metro interface of Windows 8 or Windows Phone 8.

Some notable games that used XNA for development were Bastion and Fez, and the platform served as the main support for Xbox LIVE Indie Games on the Xbox 360. 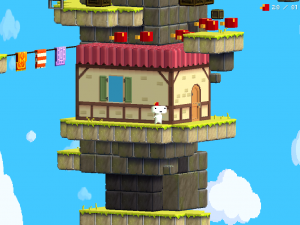 We’re interested to see how this change affects future titles, or those still in development with the technology, though we expect anyone still using it will be able to wrap up before the tech is completely abandoned next year. What’s more thrilling to note is if Microsoft is indeed getting rid of XNA so that they can focus on the new technologies behind their next console, which is rumoured to be announced before E3 2013 and released later this year.

Developers around the world are tweeting their reactions to the news, some saying it’ll be missed, while others saying that XNA never quite lived up to what it should have been.

There are third-party plug-ins and services that help developers get their XNA titles running on Windows 8, though it is unsupported by Microsoft. It also means that those games will not be available in the Apps for Windows 8 store. It does appear that the Redmond company will continue supporting XNA through next year however, as they still refer to it as “as supported toolset for developing games for Xbox 360, Windows and Windows Phone.”

Let us know what you think about the news, if it affects you at all, or if you’re completely indifferent. Hit us up on Twitter and Facebook!