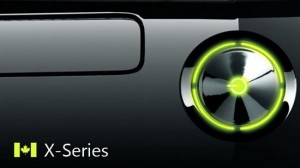 Image from the Xbox.CA Community Blog

We love gaming events (as if you couldn’t tell). Colour us excited because Xbox Canada is holding another in their X-Series of events in less than a week. The evening of gaming is an invitation-only affair to preview some of the biggest games we’re about to see landing on consoles in the next few months.

Games confirmed to be at the event include Gears of War: Judgment, Tomb Raider, and BioShock Infinite, among many others. Xbox LIVE apps like NHL and CinemaNow will also be on display for the entertainment crowd, and there will be hands-on opportunities and awesome interviews we’ll be grabbing to bring you the latest news and facts about the titles you’re waiting for.

While this is an invitation-only event, we’re really excited to say that Xbox.ca Community Blogger Mister Switch is giving away some invitations if you head on over to this post and comment on the article. Make sure you can make it into Toronto on February 13th between 7 and 9 pm, though!

We’ve been to a couple of X-Series events and they’re always a ton of fun because they’re really geared towards gaming (no, that wasn’t a Gears pun) but mix in some of the interactive apps and experiences we can expect from Microsoft in the near future. We love shows like E3 and GDC, but sometimes we get a bit lost with what is on the show floor and those things that distract us from what we really love: games. We can guarantee this is an event where the only distraction you’ll have from gaming is other games.

What game are you most excited about from this event? Let us know in the comments below, or on our Twitter and Facebook!