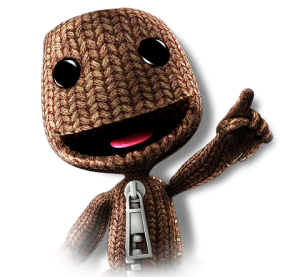 Media Molecule, the creators and ambassadors of the LittleBigPlanet franchise said that they’d be stepping away from the Sackboy and his awesome little world shortly after they wrapped production on LittleBigPlanet 2.

With that said, Sony knows how big of a franchise they’ve got in LBP and they’re not slowing that down anytime soon. VG247 is reporting that Sony and Media Molecule jointly approached Sumo Digital to take over the franchise and make the next major instalment in the series, LittleBigPlanet 3. Apparently, the title has been in development for over a year, supposedly during United Front Games’ LittleBigPlanet Karting which we didn’t like too much.

When asked about the rumour, VG247 was given the usual Sony “doesn’t comment on rumor or speculation.” 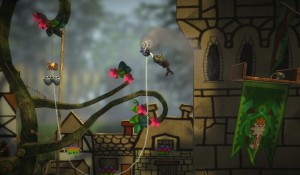 Sumo Digital, an independent UK-based development studio has worked on dozens of titles dating back as far as the original Xbox and early PSP days, their most recent title being Nike+ Kinect Training for Microsoft’s Xbox 360 and Kinect platform. They’ve also had experience with Sony’s ‘play, create, and share’ platform as they worked on the Cross-Controller pack for LittleBigPlanet 2.

We expect to hear about LittleBigPlanet 3 as one of the final PlayStation 3 games (assuming the February 20 rumours are true), but more likely for it to be a launch title for the rumoured PlayStation 4. Just think about how much of a single level you could have on one screen if the PS4 supports full 4K resolution and you’re rocking an 85″ TV. We know, we know, pipe dreams, but just imagine.

As for Media Molecule, they’ve said that they want to focus on creating some new original content which is why they’ve been distancing themselves from the LBP franchise lately. They’re working on a PlayStation Vita game Tearaway which they announced at Gamescom last year. We don’t have any footage for LittleBigPlanet 3 – assuming it’s even real – but take a look at some of Media Molecule’s new papercraft game instead. No doubt that its from the same people who brought you Sackboy.