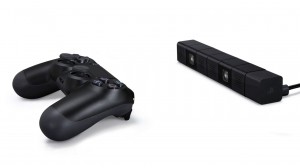 The DualShock 4 and PlayStation 4 Eye work together.

The new camera peripheral that Sony showed off today didn’t get nearly as much love as it deserved. It is indeed the new PlayStation 4 Eye, and what it does is pretty awesome.

While the hardware looks similar to a Kinect sensor, this isn’t to track body movement or human motion. Instead, the system uses two cameras and four microphones to understand the depth of players within a room as well as where sound is coming from.

The cameras are said to be a high enough resolution to allow a user to login via facial recognition, and they’re also better at recognizing Move controllers.

The PlayStation 4 Eye has been built to clip onto the top of a television flat panel, as you can ever-so-briefly see in Sony’s promo video for their new console (posted below). 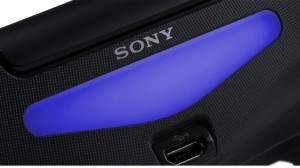 The light bar on the DualShock 4 enables the PlayStation 4 Eye to track the player’s position in the room.

The technical details for the camera have also been released, and we’ve posted them below, but here are the highlights. The specs show off a pair of sensors capable of capturing 1280×800 video at 60 frames per second. The field of view is also fantastic, at 85° (for reference, the Kinect captures about 57° of its environment), which should make it easy for people in smaller rooms or those who are taller or shorter than the average person.

The PlayStation 4 Eye will only connect to the new PS4 as it has a “PS4 dedicated connector” which we assume is something like the Kinect port on the back of an Xbox 360. It’s also a fair bit smaller than the Kinect sensor, at about 65% of the length of Microsoft’s motion capture device.

Of course, we can’t stress that the two similar-looking devices are actually used for entirely different things. While Kinect is tracking your body specifically, the PlayStation 4 Eye is going to be tracking audio position as well as your position based on the new DualShock 4 controller you’ll be holding, not you yourself.

As we get more details, as well as whether this thing has a motor built-in (which we assume it does), we’ll let you know. For now, though, feast your eyes on the tech specs of the device and the sizzle reel Sony just released!